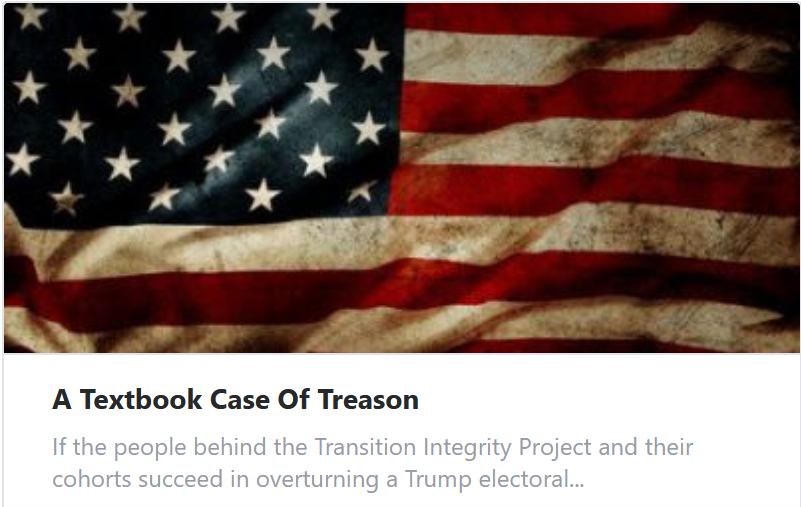 What will be happening during the next four months: A Textbook Case Of Treason

Using the excuse of the China Virus, the November 3 election has already been irreversibly disrupted and turned into a late September through 8 December fraudulent ballot chase election.  It is going to get a lot worse.  Be prepared.  There will be far more violence in urban areas.  This is a coup.

Yes, it really is rigged:

Bokhari: Big Tech Prepares the Public for a Rigged Election

Facebook Says It Will Restrict Posting if Elections Cause ‘Unrest’

Google bias; yes, they are out to censor us:

See study by PNAS.org (Proceedings the National Academy of Sciences):

This is censorship in depth:

I have read the preprint that he refers too, and it looks good to me.  The Wuhan virus does appear to have genetic fingerprints that suggest construct engineering.  Here is the preprint; I doubt that we will ever see it as a peer reviewed paper, not because it is bad but because it is convincing:

How do you say “OOPS!” in Chinese?

It’s for all the marbles and the ‘Crats promise to make it violent:

Picking RBG’s Successor: The Who, The When, & The Hypocrisy

And just when you thought that it couldn’t possibly get worse:

Hiden Biden has promised to nominate a black woman to SCOTUS – but refuses to say who:

Biden would push for less US reliance on nukes for defense

I worked for many years as a rocket scientist and aerospace weapons physicist on Minuteman 2 and 3 missiles.  Minuteman 3 is a great missile, but was never expected to still be in use 50 years after it went into service.  50 years!

Who is responsible for those fiery “mostly peaceful” riots:

David Stockman: How The Stock Market Got To Be So Out Of Touch With Reality

For investors; yes, there really are zombies, and they eat money rather than flesh:

Labor competition for jobs and immigration:

The Great Depression of 1920. What, you never heard of it?

Note: The more future consumption that you pull into the present with subsidized debt, the less you will have to consume when the future arrives, which it inevitably does.

Washington Post Op-ed Asks: ‘Is Trump An Agent of Russia?’

The Man Who Sold The Moon is finally happening, and this is going to become a really really big deal:

With circa 1960s technology, NERVA type fission rocket engines, asteroid mining might well be commercially profitable.  Every microchip starts its life in an iridium crucible, and there is a lot more of that supernova born element out there than down here. I’ve been to the NERVA test site in Nevada; we had a practical operating nuclear rocket engine before we landed on the Moon, it was real and it worked: NERVA.

For the original and highly inspiring “The Man Who Sold The Moon“:  Donald Trump meet Robert A. Heinlein. 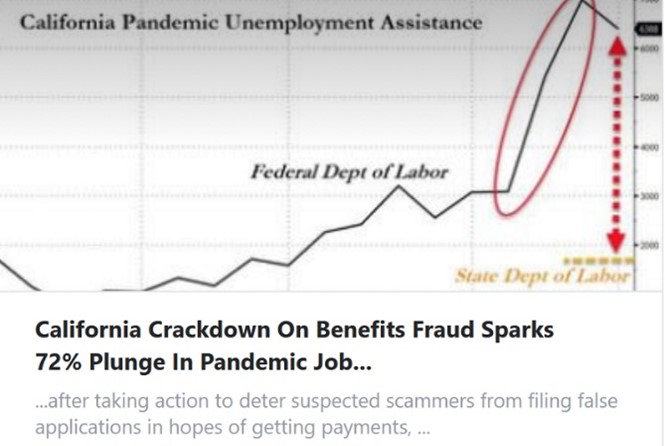 With the Senate Report on Biden Crime & Corruption out, Peter Schweizer’s movie about the Biden’s big buck connections to the Chinese military should get lots of attention:

Out since Sept. 4, it now has almost a million views.  Here it is entire: