[Note by JW: Skye has jam-packed so much need-to-know cool info here, all the way to the end.  Wow!] 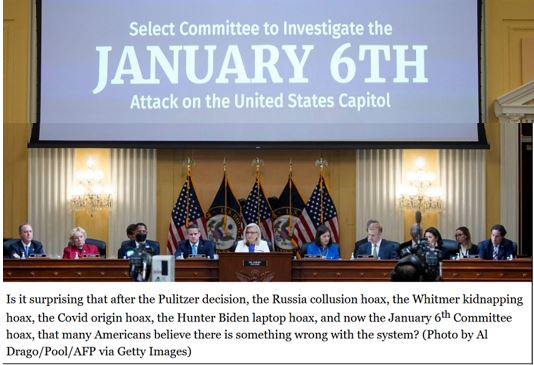 A brief history of how we got to this political precipice by Pete Hoekstra:

US: The New Real Hoaxes? 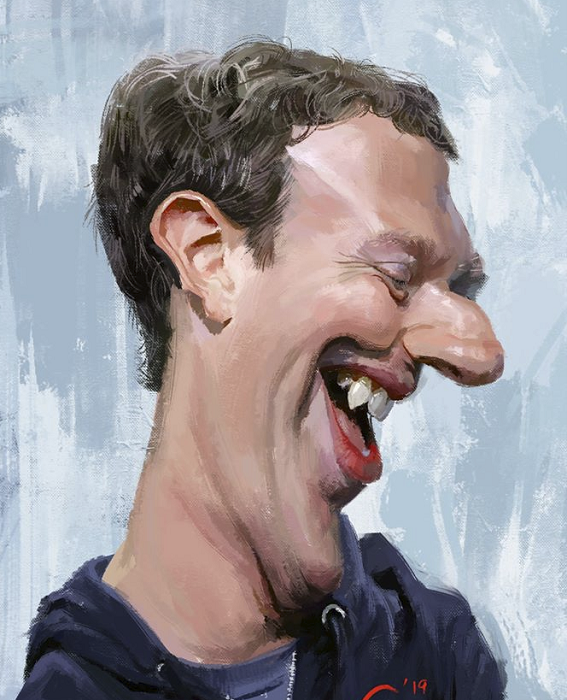 It looks like we are winning on social media.  Take a gander at what Facebook’s new AI chatbot has to say about Zuckerberg and who won the 2020 election: 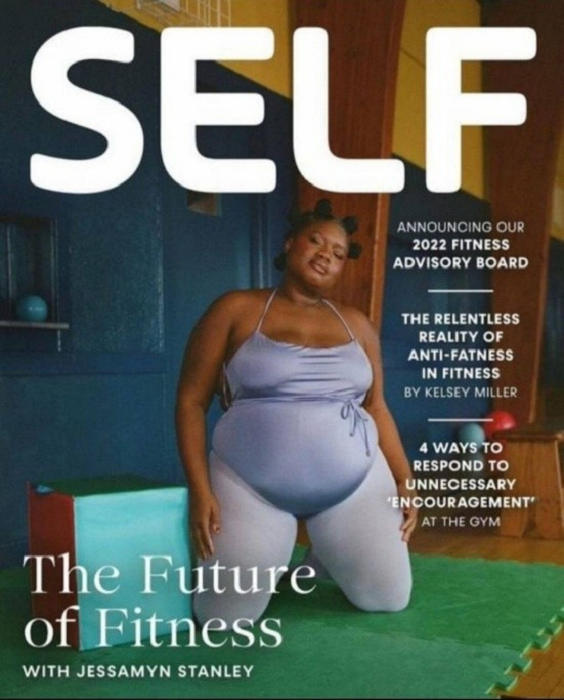 Revelatory on Gen-Z – Ayn Rand’s concept of “second-handers” sadly fits many Zoomers to a T:

‘Woking Dead’ Author: Gen Z Struggling to Be ‘Authentically Human’ amid Me Too, Lockdowns, Digital Overload 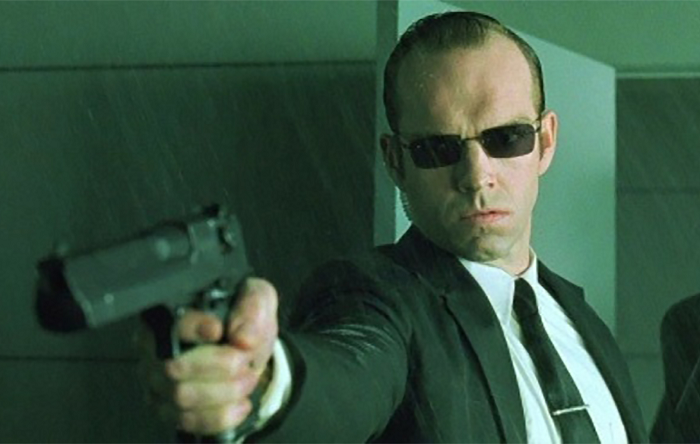 A US Army Infantry Division typically has some 21,000 soldiers like those above ready to defend our country with their lives.  The Democrats have added IRS auditors equal to four infantry divisions who are armed and ready to ruin our lives: 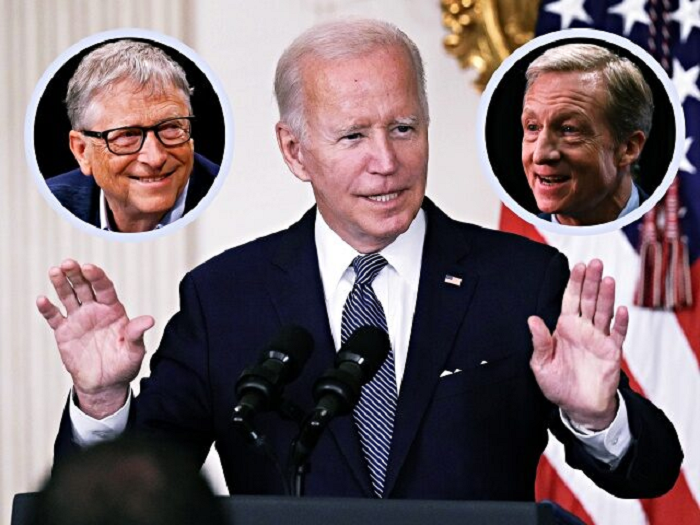 Vice-President Kneepads won’t understand this, but… How do you do a mass evacuation with lots of BEV cars?  This will be an especially acute problem in California where the power company shuts off power to large regions during periods of high winds to minimize fire risk from downed transmission lines.  Those are also times of elevated risk for fast moving wild fires: 19 states are now rebelling against ESG investment, and doing so with real effect: For investors; about that record drop in productivity: 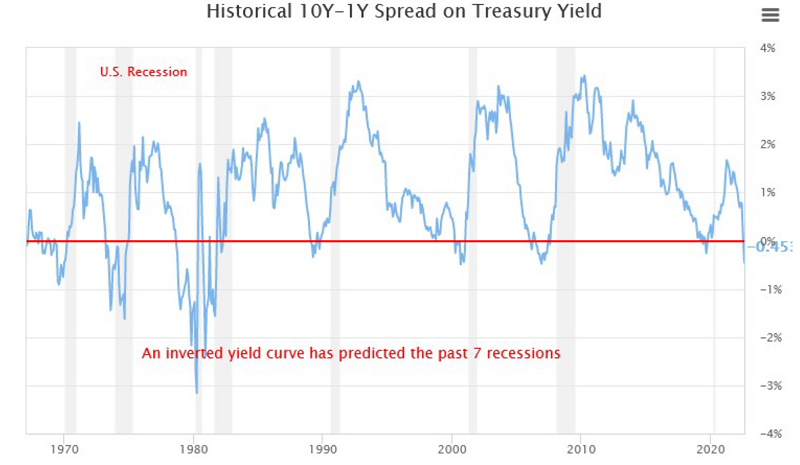 More for investors.  I believe that most investors and their advisors are far too optimistic about the near term economic future regarding inflation, interest rates, real GDP, productivity, and earnings.  Here is what I think is a more realistic prognosis: 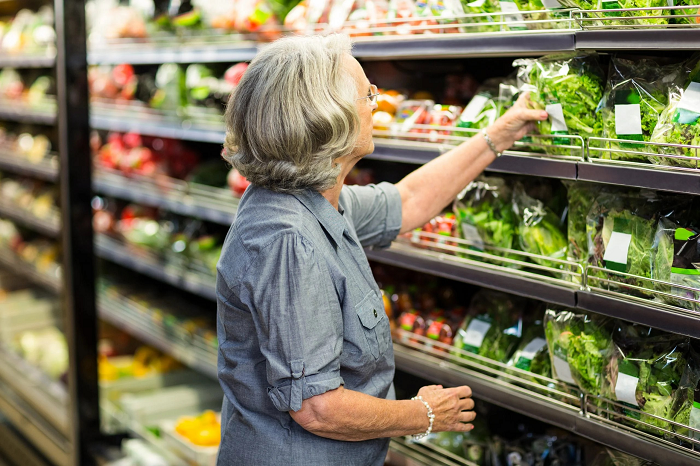 Got food?  Take a close look at the details of the July inflation data: 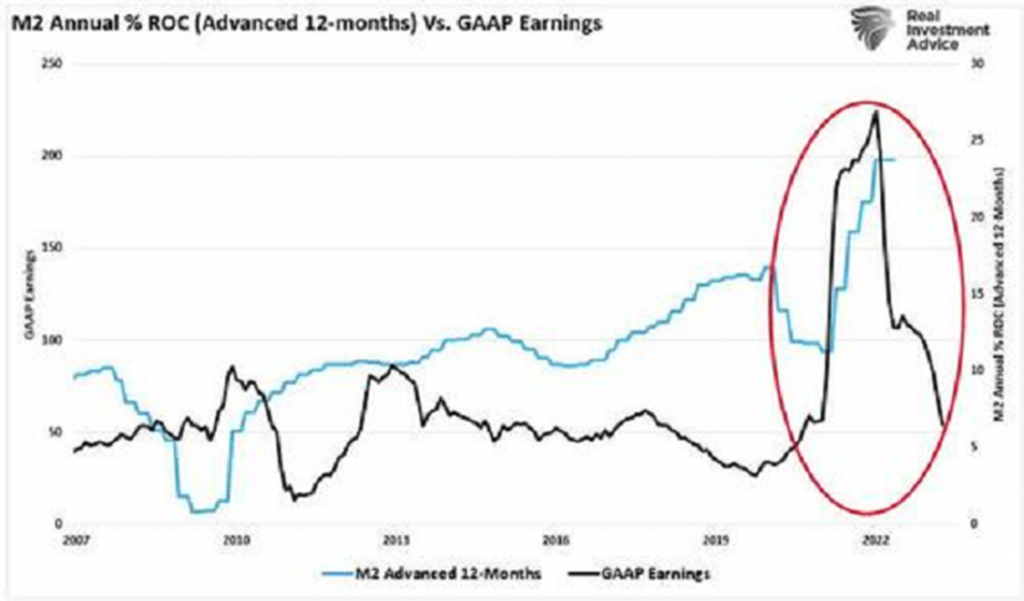 Investors – beware of the inevitable reversion to the mean. With M2 money surge over, earnings must follow: 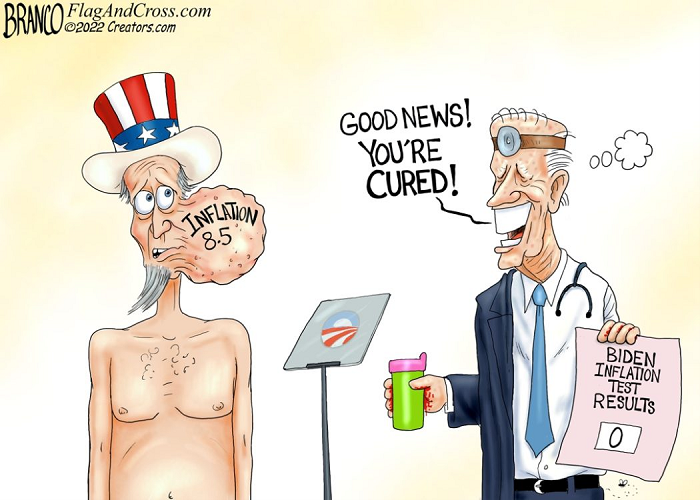 And more.  This is a good comment on high inflation and dropping productivity, but I think that they miss a couple of points about the latter.

First, there has been a huge influx of illegal – and mostly unskilled – immigrants.  Almost all of them came here to work, and most have found jobs, but their presence in the workforce has necessarily reduced output per man-hour.

Second, more and more members of the younger working generation are becoming ever more addicted to their smartphones and to social media.  Literally addicted in a biochemical sense; their clicking promotes dopamine release in the nucleus accumbens of the brain.  This is the same mechanism of addiction as cocaine, speed, or opiates.

The illegal immigrants will gradually become more skilled and productive with time, though their cheap wages discourage businesses from investing in capital-intensive productivity-increasing tools.  The Gen-Zers are biochemically actually literally addicts.  As long as they can get away with pretending to work, they will play on and on and on.

Why Labor Productivity Has Collapsed