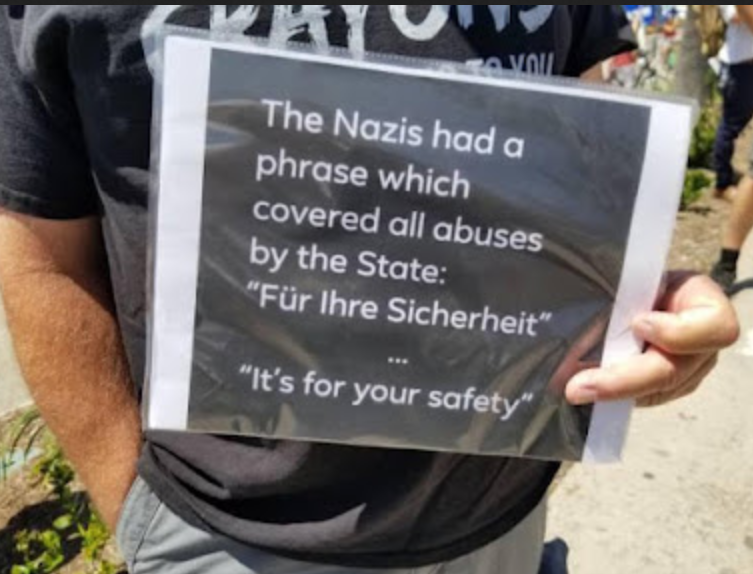 The Crats certainly won’t be able to run on the economy in 2022 and 2024, so they will have to run on rabid fear and divisiveness.  This will be a major and extremely risky ‘Crat strategy for 2022 and 2024 – scapegoating the unvaccinated and all those who don’t wear masks:

The Unvaccinated: The New COVID Scapegoats

Guess who the three groups are with the lowest vaccination rates – Blacks, Hispanics,  and Orthodox Jews.  The ‘Crats won’t care if these are the ones attacked most often by their propagandized frightened mobs;  ‘Crats care for nothing but power, no matter the cost to the “other”.

Thus the ‘Crats go from Jim Crow to Jab Crow segregation and discrimination.

Vaccine passports and mandates with which small businesses must comply will destroy many small businesses, especially restaurants, bars, and small grocery stores.  That this destruction will hit Black and Hispanic businesses especially hard is not a bug from the ‘Crats’ point of view; on the contrary, it is a desirable feature.

By destroying small business and the jobs, services, and products that they provide, vaccine passports will make Blacks and Hispanics further dependent on the ‘Crats’ welfare plantation:

More on what the ‘Crats are imposing: 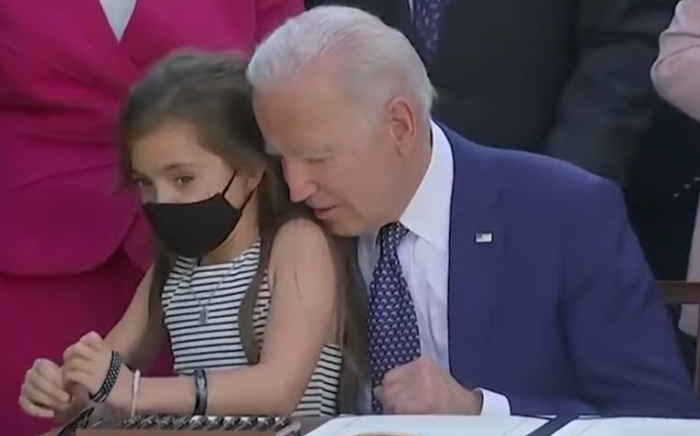 The ‘Crats won’t hesitate to harm children who generally are at negligible risk from Fauci’s virus to turn up their divisive fear  campaign to eleven:

Dr. Paul needs to be aware of an organization based in his state of Kentucky: The Rural Domestic Preparedness Consortium (RDPC).  It has a Cooperative Agreement with the Xiden Department of Homeland Security to effect the subjugation of rural Americans, through its Course MGT 433 for government law enforcement: “This 8.0-hour, instructor-led course is designed to provide the knowledge necessary to begin planning for situations requiring the isolation and quarantine (I&Q) of a large portion of a local, rural population.”

I wonder whether the CCP  (China Communist Party) had something to do with this how-to course in oppression; they would be delighted if they could get the Federalies to provoke a real shooting insurrection.  If the Federalies actually attempt anything like that, I suspect that they might provoke a guerrilla war in the hinterlands like the ones in Iraq and Afghanistan that could last for decades.

Rounding up and imprisoning rural people in “quarantine” concentration camps might even provoke asymmetrical attacks on blue urban infrastructure that could potentially result in disastrous consequences.  What do you think would happen to a major city with little or no power, water, gas, or sewerage disposal?  Or imagine the current California forest fires an order – or even two orders – of magnitude worse.

Civilization is taken for granted by almost everyone in the first world, but in reality it is far more fragile than 99%+ of the population realizes. As the CCP virus demonstrated, it doesn’t take nuclear weapons to kill a million people, and as Iraq and Afghanistan have demonstrated, F-15s and nuclear weapons are of limited effectiveness against AK-47s (or AR-15s) and IEDs.  None of us (‘Crats and CCP excepted) wants to see this happen.

Fortunately, there is an alternative to vast violence: Gandhi’s passive resistance (hurrah for Rand Paul).  Unfortunately, there are far fewer Americans who know how that worked to successfully kick the British colonials out of India without a bloodbath than those who know about the outcome of asymmetric warfare in Vietnam, Iraq, and Afghanistan,   The ‘Crats are driving America in a very dark and dangerous direction.

Of course, the ‘Crats and their media propaganda toadies will rage that only a Trump supporting redneck would set a forest fire.  Really?  Take a look at this:

Incidentally, I live hundreds of miles away from the California Dixie fire, but my eyes are watering and stinging from the air pollution caused by it as I type this.  California’s forest management policies are so politically correct green.  How many megatons of CO2 has that fire emitted so far? It is currently only 27% contained, and has already burned about 900 square miles. 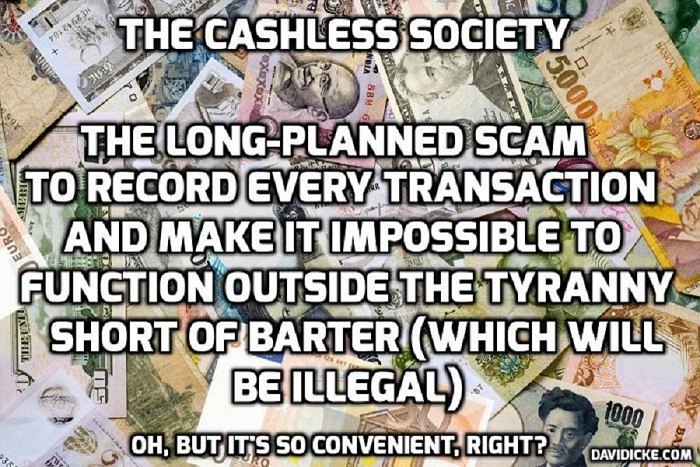 Vaccine passports may be the opening move for an attempt achieve the total tyranny of a cashless society:

‘No Jab, No Job’ – United Becomes First Airline To Mandate Vaccines For All Employees

But there is still competition and hence a choice: I think that United is either going to have to back down or they will lose a lot of good employees. Would you really want to fly on an airline with its maintenance and repair crews at 70%? 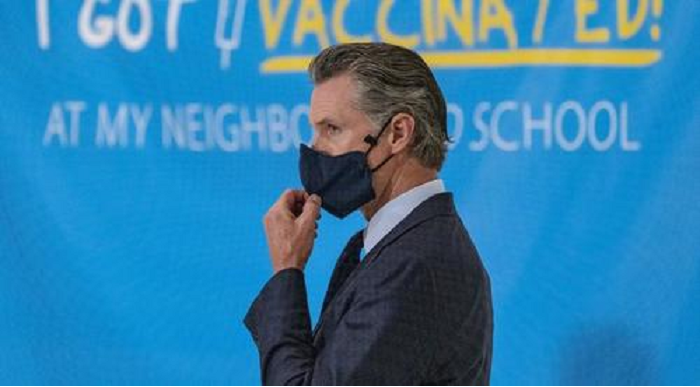 The ‘Crats’ pandemic of mandatory everything to forever and beyond:

An Epidemic Of Mandatory

Xiden checking to see if he can terminate Florida’s and Texas’s mask mandate bans: 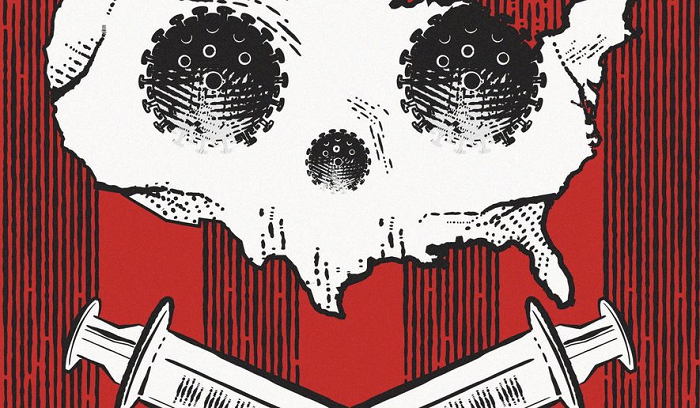 Why Xiden’s universal vaccination policy is a bad idea, and what should be done:

Ivermectin to the rescue!  Just don’t take a horse size dose if you are not a horse. Follow the doses given in the second or third link.  Hint: I think that the apple flavored version (for horses, no prescription needed) tasters least bad.

I suggest that you keep a tube on hand, just in case.  You can get Ivermectin here without a prescription:

Tucker Carlson on the CDC’s extension of their unconstitutional eviction moratorium for yet another 90 days:

Wharton analysis says that Xiden infrastructure bill does not grow the economy: 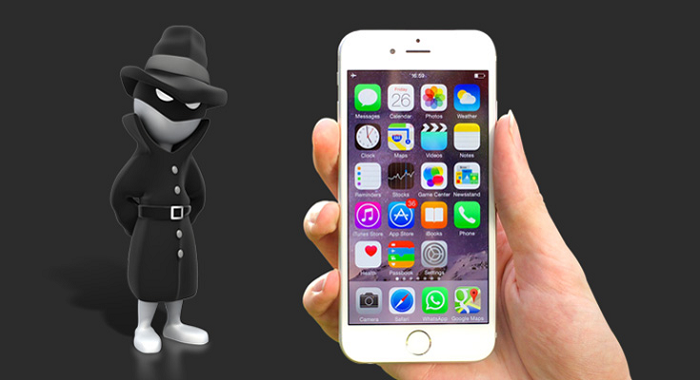 The iPhone is now the spyPhone

This is a privacy cliff, not a slippery slope; do you think that Apple will refuse to scan their Chinese customer’s iPhones and iPads and iCloud files for pictures of Xi photoshopped to look like Winnie The Pooh if the CCP demands it?

Of course it won’t stop there; Apple’s AI photo scanner could just as easily be programmed to look for photos of “assault” rifles.  If you are using Apple’s iCloud for backup, get an external hard disk and use Apple’s built in Time Machine software for backup instead.  Then delete all your iCloud files and disconnect your device from iCloud.

“This Is About Control, Not Children”: Eric Weinstein Calls Out Apple’s Virtuous Pedo-Hunter Act

Big Tech Are Supposed To Be The Plumbers, Not Patricians, Of Internet Discourse

A Fourth Turning unraveling is well underway and the public’s loss of confidence in so many institutions is rapidly rising – this is just the tip of a mammoth iceberg:

When Confidence In Our Institutions Collapses

The Federalies and Big Tech have both failed to protect you.  There is a good chance that the Chinese Communist Party has a dossier on YOU:

Trump Advisor: China Can ‘Build a Dossier on Every Single American Adult’

Bidenflation: Real Hourly Pay Suffers One of the Worst Collapses Ever

Bidenflation: Real Hourly Pay Suffers One of the Worst Collapses EverJohn CarneyAdjusted for inflation, hourly compensation fell 2.7 percent in the second quarter, data released by the Bureau …
The ‘Crats are in beaucoup deep kimchee for November ’22, and they are determined to keep digging in deeper. 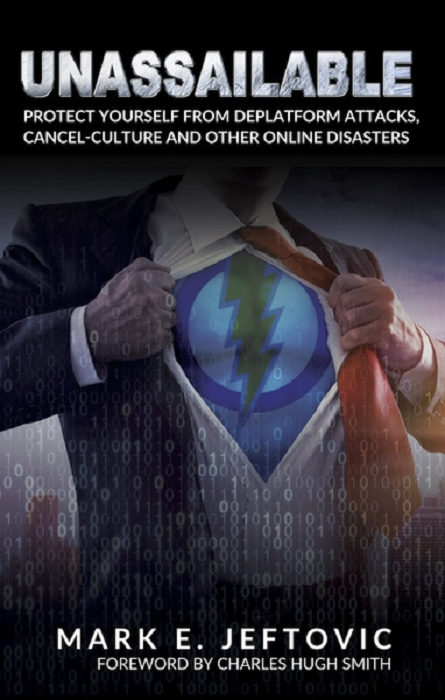 Free eBook by the above author with practical information for dodging the Tech Tyrants:

Unassailable: Protect Yourself from Deplatform Attacks, Cancel-Culture and Other Online Disasters

To conclude: Hang onto your hats!  I don’t think that we will reach peak insanity for another three or four years – if we are lucky…

PS: If a new “friend” invites you to a “peaceful demonstration”, be wary; the 1/6 “insurrection” was such a successful propaganda show piece, that I believe that FBI agent provocateurs will try to stage reruns before the 2022 midterms.
Dr. Jack’s Classics