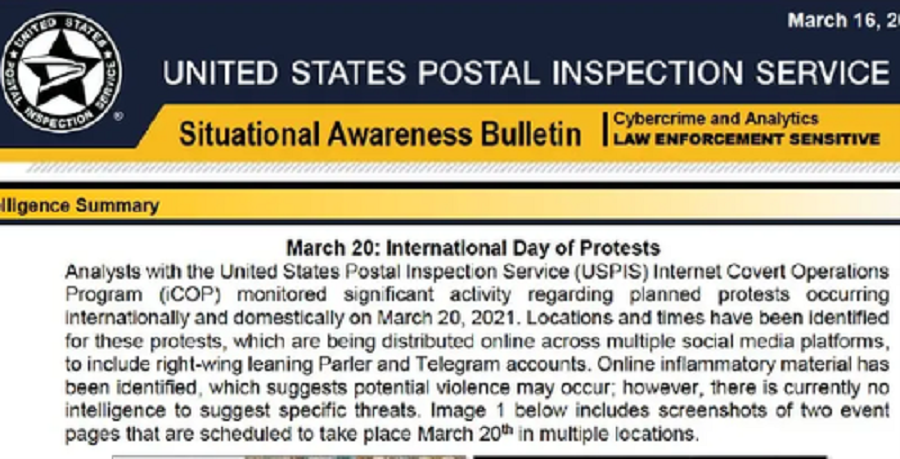 The US Post Office is spying on your social media posts.  Yes, really!

In case you didn’t know it, the outside of every letter and package is scanned by the USPO and the scans are sent to the NSA for permanent retention.  This is called a mail cover.  It was once done manually on the mail of suspected organized organized crime members.  We Normals are now all under suspicion, and no warrant is needed; your tax dollars at work!

FBI and other Federalies targeting libertarians as terrorists:

Jim Bovard: The Feds Are Coming For Libertarians

The Federalies say that inflation is under 2% per year.  Really:

The Price Of Plywood Is Absolutely Ridiculous; But It’s Also A Sign Of The Times…

The Racist Cult of George Floyd. Apparently, baptisms, miracles and other spiritual events can be witnessed on a regular basis.

Seth Rich murder data is being pried loose from FBI via court orders:

A remarkable statement from liberal Rose McGowan; Democrats “are in a deep cult” – the pendulum is swinging in our direction:

Rose McGowan: Democrats ‘Are in a Deep Cult’

Rose McGowan: I ‘Respect’ Republicans Because Unlike Democrats, They Know What They Believe In and What They’re Against

Have we reached Peak Woke yet?  Watch out for those systemically racist automatic soap dispensers. This is not a satire! Jack Wheeler says that the average IQ of UCLA students must have dropped two standard deviations since he was there in the 60s.  This has to be proof:

UCLA Students Are Claiming That Automatic Soap Dispensers Are Racist