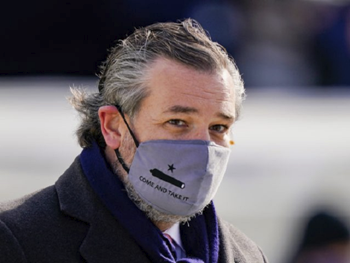 The far left is going big – very big – and this is producing pushback , even from the usually useful idiots.  Here is an amazing and refreshingly honest criticism of FPX, Fauci, and Bezos by Meghan McCain – when they have gone too far for her to take it any longer, they have really blown it:

Now that Trump is out, liberal pushback against the insanity of other liberals is rising; we can look forward to a lot more of this in the months to come:

Maher: Cuomo ‘Did the Wrong Thing’ on Nursing Homes, ‘The Idiot in FL Did It Better’

Have we reached peak hypocrisy yet?  Elon Musk wants to drill for gas in Texas:

Rules for thee but not for me’ Amazon fights mail-in union election on the basis of “vote fidelity”:

If ICE actually releases all illegal aliens in its custody, there are going to be multiple horrific crimes committed by some of the released criminals, crimes which will cause severe pushback by most Americans:

ICE Agents Ordered to Free All Illegal Aliens in Custody: ‘Release Them All’

Will the useful idiots learn from this?  Not immediately, but over the next few years, I think so:

If they have a good lawyer, they could have a very powerful winning case.  Native Americans denounce illegal [FPX[ permit freeze on their lands:

A splendid essay from John Nolte on why he owns nine guns:

Nolte: Dear Gun-Grabbers, What’s Best for ‘Society’ Is Not My Problem

Now that Xiden has been selected and has rejoined America as WHO’s biggest funder, WHO is moving the goalposts to change the definition of a CCP virus case so that Xiden can claim victory over the pandemic:

We are going to see a LOT of productive 10th Amendment action!  Serious and effective pushback begins in earnest:

If you think that this is meaningless bluster, you are mistaken.  Please study the seminal 10th Amendment cases New York versus US and Printz versus US:

Wise and important words from the Mises Institute on Trump’s potentially most important legacy – 50+ million “enemies of the state”: 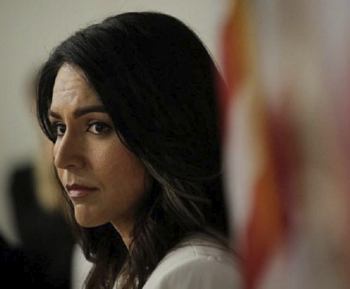 To which the Deep State is already responding with its Domestic Terrorism Prevention Act:

Tulsi Gabbard: Domestic-Terrorism Bill Is “A Targeting Of Almost Half Of The Country”

Tulsi Gabbard: Democrats Are Trying to Turn America into a ‘Police State’

Everyone who is not a ‘Crat is now a potential domestic terrorist:

The purge continues.  All witches must be burned!

Get woke, go broke; Superbowl too hot to touch:

The left has pushed their race card to the breaking point – and it is breaking; read these amazing statement by big name liberals::

The Great Reset Updated: The NGFS Has a Plan for You

Investors voting with their feet:

Americans Are Fleeing Lockdowns, When They Can Afford It

Will you be the last on your block to vote with your feet?

Wise words for investors from the Austrian School”

When Boom Turns Into Crack-Up Boom

Trump will focus on voting integrity reforms at the state legislature level:

‘Crats’ HR-1, a  recipe for, election rigging and one party rule:

Democrats Have Released A Roadmap To One-Party Rule

A fascinating and insightful interview with historian Victor Davis Hanson:

“New McCarthyism Will Prove An Orwellian Mistake” Says US Historian