SIXTIES LEFTIES WERE AGAINST “THE MAN” – NOW THEY ARE “THE MAN” 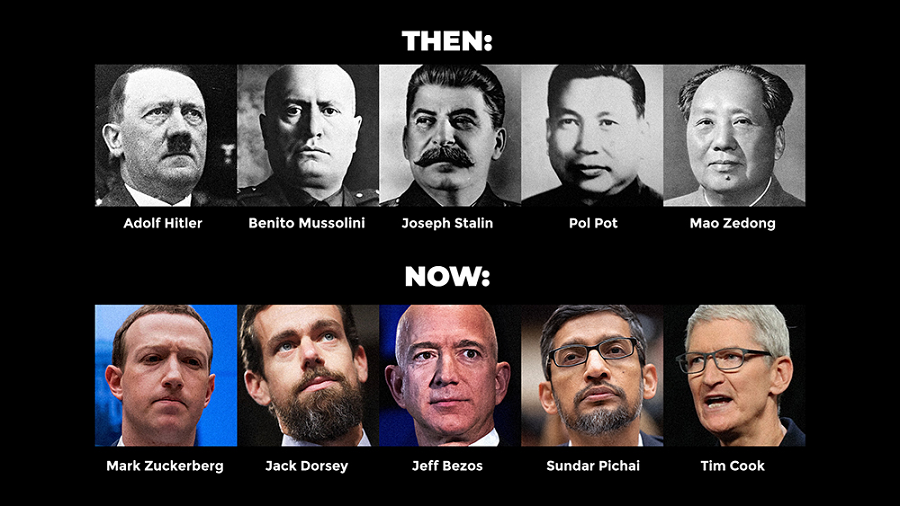 Starry-eyed radicals in the 1960s dreamed that they either were going to take over America or destroy it.

One of their favorite psychodramatic mottos was “Change it or Lose it,” even as protests focused on drugs, music, race, class, sex, fashion—and almost anything and everything.

Sixties radicals tutored America on long hair, wire-rim eyeglasses, and who was a drag, a square, a bummer, and who was hip, cool, groovy, mellow, and far out. Most of these silly revolutionaries were not unhinged Weathermen killers or SDS would-be Communists, but just adolescents along for the good-time ride.

The ’60s were at heart a narcissistic free-for-all when “freedom” just meant self-indulgence and avoiding responsibility.

With the end of the draft in 1972, the winding down of the Vietnam War, the oil embargoes, and the worsening economy, the ’60s revolution withered away. Cynics claimed the “revolution” was always mostly about middle-class students with long hair, kicking back during the peak of the postwar boom, indulging their appetites, and ensuring they would not end up in Vietnam.

It is not even true that the ’60s at least ensured needed reform. The civil rights movement and equal rights for women and gays were already birthed before the hippies, as were folk songs and early rock music.

Instead, what the ’60s revolution did was accelerate these trends—but also radicalize, manipulate, and coarsen them.

By 1981, the Reagan revolution finished off the dead-enders of the Woodstock Generation. Most eventually grew up. They rebooted their self-centered drug, sex, and party impulses to fixations on money, status, and material things.

Sixties protestors mainlined divorce, abortion on demand, promiscuity, drug use, and one-parent homes. But in the end, most veteran cultural revolutionaries by the late 1970s and 1980s had gotten married, were raising families, bought homes, got jobs, and made money.

But today, a half-century after the 60s, this time around their offspring’s left-wing assault is different—and vastly more ominous.

The woke grandchildren of the former outsiders are now more ruthless, systematic insiders. The woke and wired new establishment knows how to use their money and power to rebirth America as something the founders and most current Americans never envisioned.

Name one mainline institution that the woke Left does not now control—and warp. The media? The campuses? Silicon Valley? Hollywood? Professional sports? The corporate boardroom? Foundations? The K-12 educational establishment? The military hierarchy? The administrative state? The FBI top echelon?

The Left absorbed them all. But this time around it really believes that “by any means necessary” is no mere slogan. Instead, it is a model of how to disrupt or destroy 233 years of American customs, traditions, and values.

Woke revolutionaries are not panhandlers, street people, or Grateful Dead groupies. They are not even a few ragtag, nutty, and murderous Symbionese Liberation Army terrorists fighting against “the Man.”

Our 21st-century revolutionaries are multibillionaires in flip-flops, tie-dye T-shirts, and nose rings, but with the absolute power and wish to censor how half the country communicates—or cancel them entirely.

They don’t flock to campus free-speech areas; they are the campus administrators who ban free speech.

They don’t chant “eat the rich”; they are the rich who dine at the most expensive restaurants like Napa Valley’s The French Laundry.

They don’t protest “uptight” values, because they are more intolerant and puritanical than any Victorian.

Their leaders are not stoners who smoke dope, but the stone-sober who scan data on spreadsheets, downloads, and page views.

The color of our skin is their gospel, not the content of our character.

They are top-down revolutionaries. None of their agendas, from open borders and changing the Constitution to critical race theory and banning clean-burning fossil fuels, ever polls remotely close to 50 percent.

Their guidebook is “Never let a crisis go to waste.” Only in times of a pandemic, a national quarantine, or volatile racial relations, can the new upscale leftist revolutionaries use fear to push through policies that no one in calm times could stomach.

Our revolutionaries hate dissent. They destroy any who question their media-spun hoaxes like Russian collusion, the bat origin of COVID-19, the idea that Hunter Biden’s laptop was a Russian plant, or the current Oval Office occupant was honestly elected.

While this elitist leftist revolution is more dangerous than its sloppy 1960s’ predecessor, it is also more vulnerable given its obnoxious, top-heavy apparatus.

But only if the proverbial people finally say to the madness, “Enough is enough.”  When will that be and what will it take?