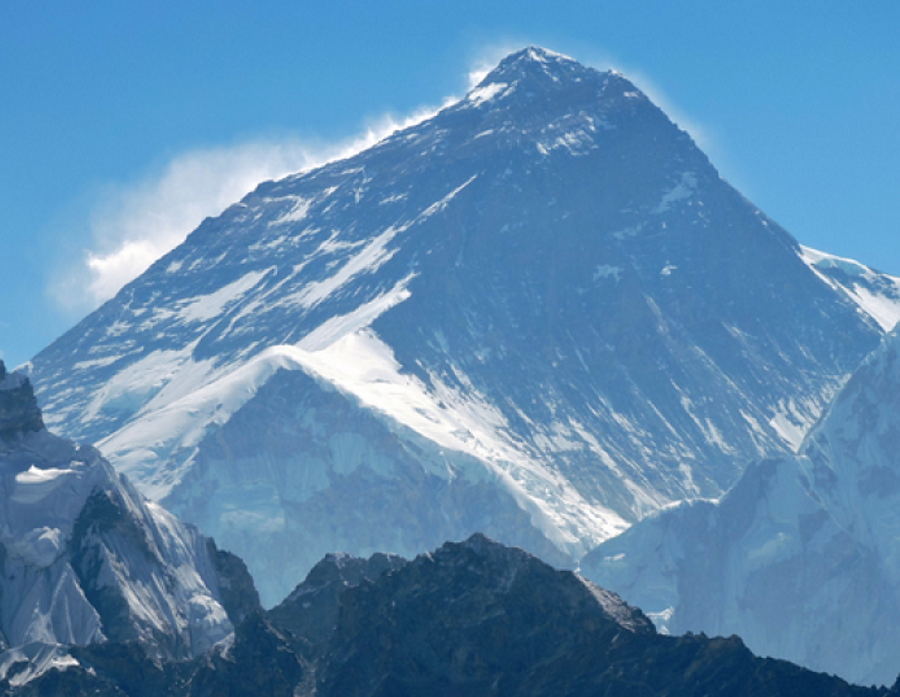 You’re looking face on Everest’s West Ridge, the border of Tibet and Nepal. On the right is the Southwest Face in Nepal, on the left is the North Face in Tibet. Called Scoundrel’s View because this is a better view than trekkers to Everest Base Camp see (a viewpoint called Kala Patthar).

You have to make another trek up the Ngozumpa glacier (longest in the Himalayas) in the Gokyo valley, where above the fifth Gokyo lake at 16,400 feet you get to call yourself a “scoundrel” for seeing what Everest trekkers don’t.

High on the Northeast Ridge on the left horizon is the last place Mallory and Irvine were seen heading for the summit in 1924, and then disappeared. Hillary and Tenzing summited in 1953 via the Southeast Ridge over the right horizon. Everest Base Camp in Nepal is at the foot of the big snowy buttress below the West Ridge. Called the West Shoulder, it blocks any view of Everest from Base Camp.

On our Himalaya Helicopter Expeditions, we get an abundance of spectacular views of Everest, up close and personal – Scoundrel’s View is only one of many. (Glimpses of Our Breathtaking World #29 photo ©Jack Wheeler)