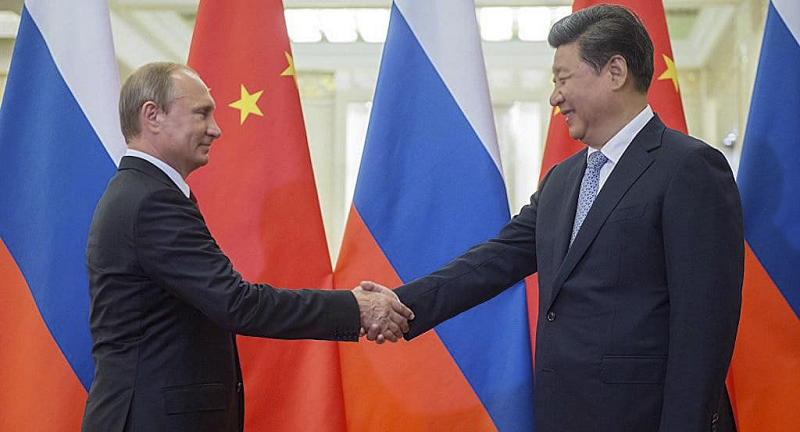 Known as the “Pivot to Asia” and informally announced by Vladimir Putin in early 2012, Russia’s strategic (re)orientation to the Asian markets and China, in particular, seems to be failing to work as planned (Mn.ru, February 27, 2012).

First, some profoundly negative trends persist in the realm of foreign direct investments (FDI). The most recent data suggest that the Russian economy is experiencing a massive outflow of Chinese investors.

So far in 2021, Chinese FDI has dropped by nearly 52 percent (from $3.7 billion to $1.8 billion), signaling that “Chinese investors pulled away every second US dollar previously invested in the real sector of the Russian economy” (Cbr.ru, accessed on May 31).

Russian economists have argued that this trend is not new. This tendency, which is not widely discussed in Russia’s pro-Kremlin media, has been evident for at least five to six years.

Ironically, since Russia’s “Pivot to Asia” started to acquire practical forms in 2014—mainly resulting from Western economic and political sanctions against Russia for its unlawful actions in Ukraine—Chinese investments in the Russian economy have decreased 2.5 times (Sneg.tv, April 9).

Second, the results have been similarly negative in the realm of large infrastructural projects. So far, it appears that China is unwilling to invest in Russia’s infrastructure.

For Russia, the modernization of its infrastructure and creating new facilities is the crucial precondition for monetizing economic opportunities (transportation and energy resources) in the Arctic region and the High North

Russian sources point out that Russia has been unable to secure Chinese capital in any of Russia’s major infrastructural projects for the past seven years. Moreover, previously arranged plans, such as the high-speed “Eurasia” railroad connecting Beijing, Moscow and Berlin, were found “economically unsustainable” and financially unattractive by Chinese investors (Finanz.ru, April 8).

In Russia’s Arctic and High North (areas that require investments in particular), China is primarily discouraged by three main factors: the need for substantial investments, given the poor state of local infrastructure; the thawing of the permafrost that could result in major ecological cataclysms, derailing the investments; and the fear of further international (primarily US) sanctions and the growing militarization of the Arctic, posing a severe threat to transportation via the Bering Strait.

Third, Russian hopes to engage the Chinese in setting up an alternative to the SWIFT platform for international banking — to hedge the Russian economy against potential Western sanctions — have also fallen short of expectations.

Thus far, only one Chinese financial institution has indicated some interest in the idea, yet no further details have been publicly announced (Finanz.ru, April 6). This turn of events must be particularly upsetting for Moscow.

The need to form an international coalition against Western sanctions and alter global payment systems became one of the main elements of Russian Foreign Minister Sergei Lavrov’s agenda during his visit to China in March (Tass.ru, March 21; Finanz.ru, March 22).

Yet, the Chinese side seems to have ignored the message, de-facto refraining from siding with Russia in its campaign against Western sanctions.

Fourth, Russia’s experiments in investing in the national currencies of China (110.5 billion yuan acquired) and Japan (600.3 billion yen), as a part of a general strategy aimed at reducing reliance on the US dollar, does not appear to have been a sound decision (Minfin.gov.ru, February 24).

Having rushed into lowering the share of USD/EUR reserves from 45 to 35 percent, the Russian National Wealth Fund suffered losses stemming from financial fluctuations and the yuan/yen exchange volatility (Minfin.gov.ru, March 5).

Fifth, and perhaps most important from an economic point of view, Moscow worries that China may reduce its oil imports from Russia. Despite pompous rhetoric, oil is still the key pillar of Russia’s economy.

While gradually reducing its imports from Russia (by 15.3 percent in April), China is actively investing in Iranian and Iraqi oil deposits (Rosbalt.ru, May 20). This means that Russia’s share in China’s energy architecture will likely decrease in the near future.

This will have a huge negative impact on Russia and its plans and expectations related to oil supplies to China from its Arctic-based deposits.  The signs are clear that China will not be interested in investing in Russia’s extremely costly Arctic oil projects (Russtrat.ru, May 14).

This scenario presents a serious challenge to Russia’s entire “Strategy for the Development of the Russian Arctic Zone and Provision of National Security Through 2035”.

Further, Russia does not appear to have an alternative contingency plan—judging by crucial points in the Strategy-2035 and other initiatives, including its Coal Strategy 2035.

In the final analysis, the much-praised Sino-Russian partnership is in many ways a one-sided deal. Since 2014, while Beijing has received nearly everything it has asked for, Moscow has had plenty of expectations but very few practical achievements.

It appears that the “Pivot to the East” and Russia’s orientation toward China was the wrong turn.