RUSSIA’S HISTORY AS A MARKER FOR ITS FUTURE 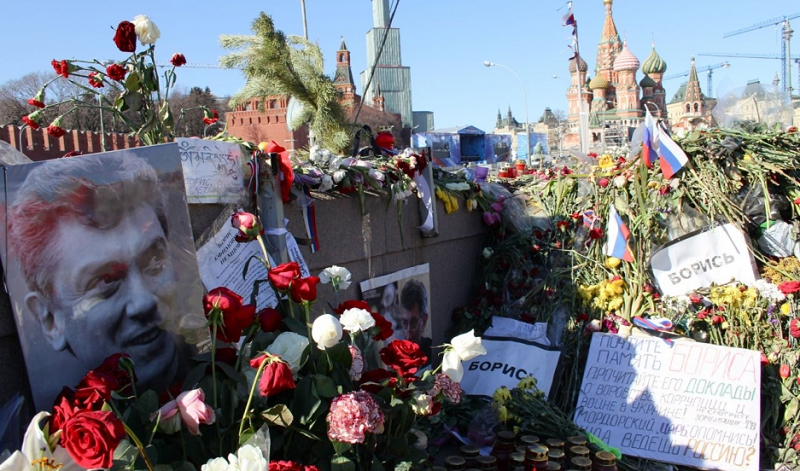 Early spring in Russia is a season of awakening from winter slumber—and it is remarkably rich with hopeful historical markers.

The notion of “thaw” is forever connected with the liberating death of Joseph Stalin on March 5, 1953, and the “secret speech” of Nikita Khrushchev to the 20th Communist Party Congress three years later, when the “cult of personality” was denounced.

Today, President Vladimir Putin may be busy building his own cult, but his address to the Federal Security Service (FSB), the organization that inherits the tradition of Stalin’s brutal all-penetrating KGB control, betrayed his fears of uncontrollable shifts in Russian society (Svoboda.org, February 26).

His particular worry—spelled out in greater detail in the follow-up address to the Ministry of Interior, an agency that also conducts domestic repressions—was about the “corrosive” influence of the internet, which still resides beyond total state censorship and allows for the free expansion of social networks (Kommersant, March 4).

Another historical event that could have been celebrated as Russia’s national day but remains officially ignored is the abolition of serfdom by the “Emancipation Edict” of Emperor Alexander II, on March 3, 1861 (Novaya Gazeta, March 4).

That breakthrough in asserting the idea of personal freedom 160 years ago necessitated economic reforms, which brought fast growth and painful social transformations (Gazeta.ru, March 3). The profound conflict between the rising liberal movements and the autocratic state was mitigated though not resolved by elections to the first State Duma in March 1906.

That dawn of parliamentarism 115 years ago culminated a little over a decade later in the revolution of February 1917 (Rosbalt, March 3). The progress in building Russian democracy was, however, short-lived; and the Bolshevik regime proceeded with severe repression of every manifestation of freedom by unleashing unprecedented terror (Novye Izvestiya, March 3).

Rigidly ideological as it was, the newly born Soviet state showed remarkable adaptability: amidst an economic crisis precipitated by aggressive collectivization measures, the first Soviet leader, Vladimir Lenin, initiated a sharp turn to the so-called “New Economic Policy” (NEP) in March 1921 (Rosbalt, March 5). That liberalization was determined by the escalation of domestic unrest, particularly the Kronstadt mutiny. The NEP lasted less than a decade; yet it delivered a strong economic recovery (Rossiiskaya Gazeta, March 1).

The 100th anniversary this month of the NEP could have drawn attention to the lessons of that experiment, but Putin’s regime rejects any need for reforms that could reduce the distortions in the Russian economy caused by its growing reliance on diminishing petro-revenues (Nezavisimaya Gazeta, February 28).

Russia’s expectations that volatile oil prices will soon recover and stabilize are so clearly short-sighted that mainstream economists warn about the trap of protracted stagnation aggravated by high inflation (Kommersant, March 1).

The Kremlin remains dismissive of such warnings and persists with self-serving assessments that the COVID-19 pandemic has had a below-average impact on the country (RBC, March 1). In fact, Russia has suffered disproportionately high human losses in the continuing struggle with the novel coronavirus – with the most vulnerable social groups are hit hardest and neglected by the corrupt elites (Novaya Gazeta, March 6).

It may appear odd that despite the loud propaganda campaign, the majority of Russians remain reluctant to take the Sputnik-V vaccine. But public mistrust in the basic services provided by the state is rooted in many historical experiences (Newsru.com, March 5).

The leader who perhaps tried hardest to overcome this legacy of the state’s alienation from society is Mikhail Gorbachev, who celebrated his 90th birthday last week. United States [FPX] sent Gorbachev a letter, praising his commitment to freedom and courage to make tough decisions (RIA Novosti, March 2).

Putin also sent him a telegram, acknowledging the last Soviet leader’s place in the “constellation of preeminent statesmen of our time”; but the message conspicuously avoided any mention of reforms or democracy (Kremlin.ru, March 2).

Gorbachev’s role in the shocking breakup of the Soviet Union remains a contentious issue in Russian political debates; and among Putin’s core support base, Gorbachev is condemned and despised (Forbes.ru, March 2).

This cohort of loyalists is, however, perceptively shrinking, and opinion polls show only a fraction of that trend—Russians frequently admit their propensity to tell convenient half-truths to pollsters (VTimes, March 2).

Putin is particularly worried about his disappearing popularity among the younger generations, and his instructions to the security services to erase “unacceptable content” from social networks are driven by the urge to prevent new mobilizations for street protests (Svoboda.org, March 5).

The discontent is, nevertheless, deepening, and young Russians tend to see Gorbachev’s defeat in modernizing the Soviet state as their victory in gaining freedom of expression, which is increasingly threatened by Putin’s autocracy (Moscow Echo, March 2).

One notable result of Gorbachev’s “new political thinking” is Russia’s seat on the Council of Europe, granted 25 years ago, and the foreign policy elite in Moscow is reflecting on this jubilee with mixed feelings (Russiancouncil.ru, February 26).

The Kremlin is defiant of the new sanctions imposed by the United States and the European Union (see EDM, February 15, 22, March 4), but the tightening ostracism adds to anxiety among Putin’s elites (RBC, March 5). Alexei Navalny, the courageous leader of the opposition, is not silenced by his imprisonment and keeps gaining new supporters (Znak.com, March 4).

Thousands of Muscovites shrugged off stern official warnings and came with flowers to the bridge near the Kremlin, where Boris Nemtsov, a fearless opponent of Putin’s autocracy, was murdered on February 27, 2015 (Novaya Gazeta, February 27). His biography in the link is highly recommended. He is a hero to millions of Russians.

Putin’s propagandists are keen to exploit a beautified and glorified version of Russian history, but they cannot delete the events—from the emancipation of the peasants to Nemtsov’s choice to stand tall against modern authoritarianism—that spell out a message of freedom.

Autocratic and corrupt Putinism is incompatible with this uneven but unstoppable march, and, in the long run, it is also irrelevant to Russia’s future. The Kremlin may try to preserve the status quo, but this attempt to cancel change and “freeze” the advance of ideas, networks and technologies empowering people to be free from oppression is doomed to failure.

The key question is about the scope of destruction when Putin’s system finally collapses, and Russian history offers many warnings about violent chaos. But this history also shows that people power can prevail peacefully, as it did 30 years ago in 1991, when Moscow turned into a sea of free people asserting their right to say “No.”