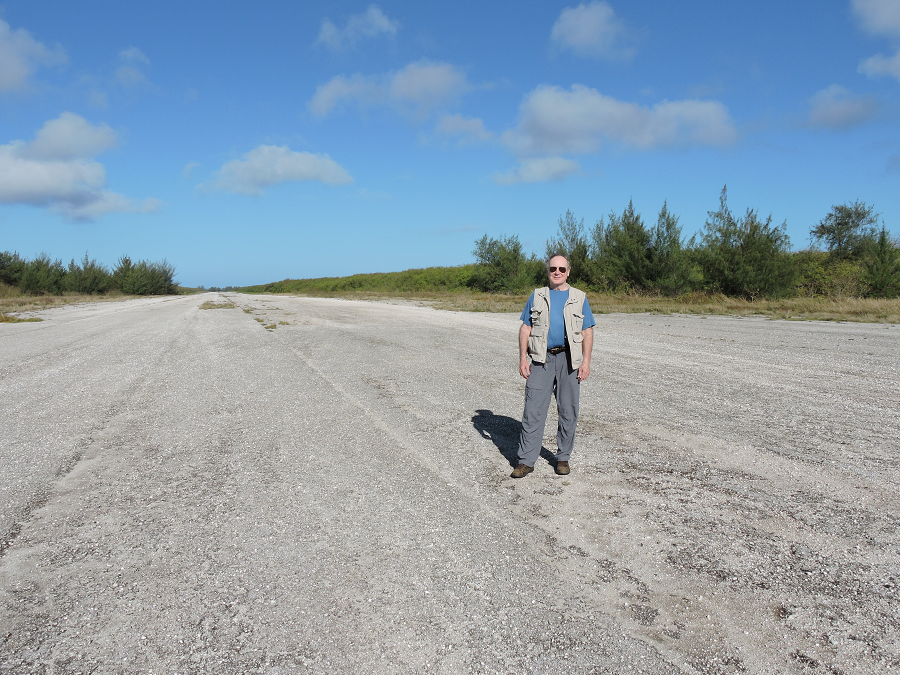 It is a profoundly somber experience to stand here on this abandoned weed-strewn airstrip.  For this is Runway Able on Tinian Island in the Northern Marianas, where 75 years ago today, on August 6, 1945, a B-29 nicknamed Enola Gay piloted by Col. Paul Tibbets took off with Little Boy in its bomb bay bound for Hiroshima – and three days later on August 9, a B-29 nicknamed Bockscar piloted by Maj. Charles Sweeney flew off with Fat Boy in its bomb bay headed for Nagasaki.

This lost bit of tarmac is the most consequential airstrip on earth.  Be prepared for a deep complex of swirling emotions if you ever stand here yourself. (Glimpses of Our Breathtaking World #14 photo ©Jack Wheeler)