2 The Point News » Guest Authors » Members Only » PUTIN IN DENIAL 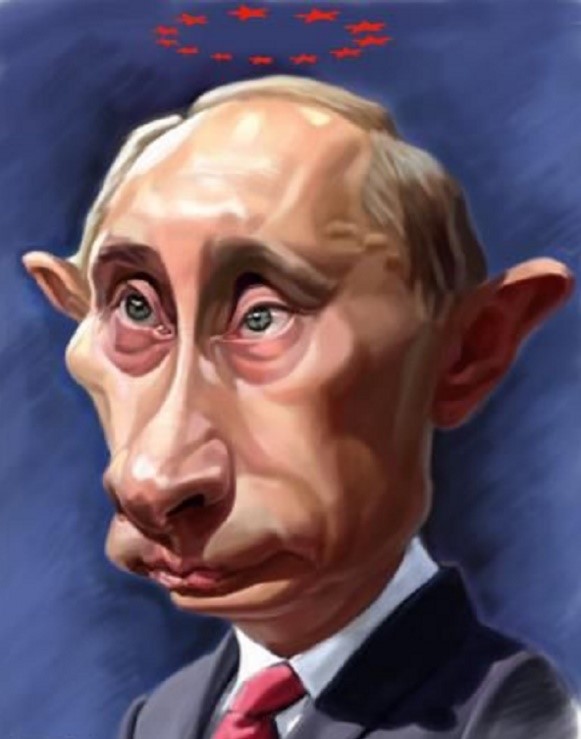 Every country in the world is experiencing its own particular version of the ongoing global health-and-economic crisis.  Russia faces a particularly complex one, aggravated by outstanding and escalating mismanagement.

President Vladimir Putin insists that the COVID-19 pandemic is under control and that the economic contraction is being mitigated; but in fact, neither has been contained, while the Kremlin leader’s self-serving political agenda is antagonizing an increasing portion of the population and the elites.

Putin relies on the habitual combination of information control and targeted repressions for suppressing the discontent; yet, his own sociological research, conducted—rather unconventionally—by the Federal Protection Service (FSO), warns about rising anger (Meduza.io, July 16).

Feigning supreme confidence, Putin refuses to acknowledge the swift erosion of his severely corrupt autocratic regime, but denials only back him into an ever-tighter corner, from which, as previous experiences indicate, he tends to lash out violently—and in an unpredictable direction.

In late May, Putin announced that the spread of the novel coronavirus in Russia had reached a “plateau”; since then, the official data has been duly reporting about 6,500 new infections a day (Svoboda.org, July 15).

The real picture can only be sketched from fragmented bits of information, like the plea for urgent help from the mayor of Norilsk, who confirmed that the figures were being deliberately distorted (Newsru.com, July 16).

The pandemic situation in Moscow may have indeed improved after the lockdown in April, enforced by Mayor Sergei Sobyanin, but his guess that up to 60 percent of Muscovites now have immunity is not grounded in any scientific evidence (Moskovsky Komsomolets, July 17). Meanwhile, in many regions, the authorities are under pressure to downplay the scale of the disaster, betrayed by revelations such as that 820 medics in Sverdlovsk Oblast have already been infected (Kommersant, July 17).

Putin asserts that an economic recovery will soon resolve the unemployment problem, and he has defiantly adopted a frugal budget policy (Rossiiskaya Gazeta, July 16). In fact, even the carefully doctored official statistics show industrial output has been contracting for three quarters already, with a 9.4 percent fall in June, following a 9.6 decline in May (Kommersant, July 17).

The arrival of summer has brought some modest revival in domestic tourism; but this trend is curtailed by the record drop in disposable incomes (Forbes,ru, July 17).

Independent estimates suggest the shocking (and underestimated by a half) 15 percent contraction of Russia’s GDP in the second quarter does not even necessarily mark the lowest point in the continuing recession (Nezavisimaya Gazeta, July 16).

The main burden of the struggle with COVID-19 has been delegated to the regions; and accordingly, regional budgets are moving critically into the red (Forbes.ru, July 16).

The shortage of resources leaves regional authorities helpless to deal with concurrent burning environmental problems, like the forest fires in northern Khanty-Mansiisk Autonomous Okrug, which is experiencing an anomalous heat wave (Znak.com, July 16).

Numerous Putin-friendly Russian oligarchs extract huge profits from exploiting the natural riches in the High North, but their business activities regularly disregard the region’s fragile ecosystems, while they pay little for the resulting damage from pollution (Novaya Gazeta, July 14).

Public anger over this predation and Moscow’s lack of attention to local problems has been building for a long time. Yet, it has now burst into the open, sparked by the arrest of the governor of Khabarovsk (Rosbalt, July 16).

Sergei Furgal, elected head of this Russian Far East oblast in September 2018, may indeed have a checkered past; but he has been doing a decent job in his post, and the federal authorities’ demonstrative disregard for the public’s electoral choice has triggered a series of loud protests (Moscow Echo, July 17).

Putin cannot act with flexibility in such unexpected conflicts because of his fear of showing weakness, so he tends to respond with forceful measures (Republic.ru, July 17). Such repressions may work in Moscow, where a flash-mob was brutally dispersed several days ago by overwhelming numbers of anti-riot police.  But the security services (siloviki) in Khabarovsk have notably refused to take any action against protesters so far, merely warning the gathered crowds of the high risk of coronavirus infection (Nezavisimaya Gazeta, July 16).

The state-controlled TV and radio have remained silent about the demonstrations. But the information has been spreading online, over social networks and independent media; and the regime has proven unable to stop this explosion of communication (Sibreal.org, July 18).

Crude pressure on journalists, exemplified by the arrest of Ivan Safronov on charges of espionage, compels even the mainstream media to show solidarity and defend its integrity (Carnegie.ru, July 13).

The diminishing effectiveness of such repressions is also evident in neighboring Belarus, where long-ruling President Alyaksandr Lukashenka is encountering a powerful public counter-mobilization in the forthcoming presidential elections, which should have been habitually manipulated (Moscow Echo, June 14).

His siloviki have resolutely jailed all alternative candidates, but their wives and staffers are united in one team and keep fighting against all odds (Novaya Gazeta, July 17). Putin may have mixed feelings about the maverick Belarusian ruler, but he cannot begin to imagine the consequences of a probable regime failure, so he might accept Lukashenka’s invitation to visit Minsk (RBC, July 17).

The opportunity to extract concessions and advance Putin’s long-cherished project of pulling Belarus closer to Russia in the old construct of the “Union State” might look appealing, but any sign of subjugation could give a new boost to the protest vote and render Lukashenka’s position even more precarious (Nezavisimaya gazeta, July 16).

Faking self-confidence may be useful politically; but Putin’s all-too-apparent fiasco in providing leadership on fighting the coronavirus pandemic exacerbates public resentment at his indifference to the outbursts of discontent in Russia as well as in Belarus.

Instead of granting him a resounding victory, his revision of the constitution and removal of any prospect of a leadership transition for the next decade or more has polarized the population and added new fault-lines to the evolving crisis.

The order to start “sudden” large-scale military drills in the Western and Southern military districts may be routine; but in the current charged atmosphere, it acquires an ominous character (RIA Novosti, July 17).

The swing from fake non-concern and denial to overreaction and a desperate resort to violent measures could be fast indeed. Putin sought to extend his rule indefinitely; but he may yet cut his time shockingly short.