OBAMA’S LONG DIRTY HISTORY CATCHES UP WITH HIM 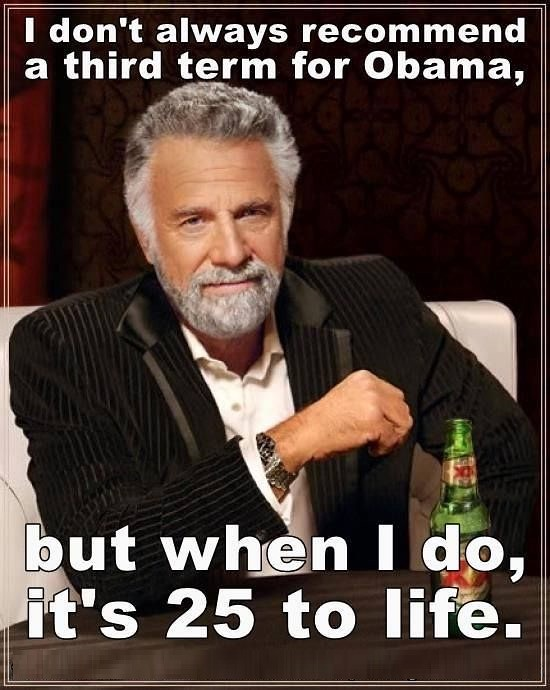 As it became clear Mitt Romney would be the Republican presidential nominee in 2012, the Obama campaign fired up its Chicago-style machine to attack the incumbent president’s election foe. Team Obama identified several Romney donors to smear publicly; one was a wealthy businessman from Idaho.

A former Democrat Senate staffer, according to a 2012 editorial in the Wall Street Journal, contacted an Idaho courthouse seeking the divorce records of Frank VanderSloot, who had donated $1 million to Romney’s campaign. The operative was traced to a professional opposition research shop based in Washington, D.C.

The name of the outfit? Fusion GPS.

“Fusion GPS is run by a former Wall Street Journal reporter, Glenn Simpson, who wouldn’t say who is paying him for this high-minded slumming but said in an email that Mr. VanderSloot was a ‘legitimate’ target because of ‘his record on gay issues,’” the Journal wrote.

As we now know, that would not be the last time Obama loyalists would hire Fusion GPS to oversee its dirt-digging operation. Nor was it the first time Obama sought to unseal divorce records to ruin a political opponent.

Obama’s pathway to winning the Illinois U.S. Senate seat in 2004 was cleared after divorce records of his Democrat primary opponent, who had been in the lead, were made public just weeks before the election.

After Obama won the primary, the Chicago Tribune sued to get the divorce settlement of Jack Ryan, Obama’s Republican opponent, unsealed. (Many suspect at the behest of Obama advisor and longtime Tribune columnist David Axelrod.)

Embarrassing details sank Ryan’s candidacy and he dropped out of the race. Obama won the seat with 70 percent of the vote.

No one wins the presidency without using hardball tactics to get there. Barack Obama is a special case, however, because the media not only covered for him but aided his scorched-earth tactics while he alternated between feigning either innocence or ignorance. This lasted during his two presidential campaigns and eight years in the White House.

The same pattern has been playing out the last four years. In May 2016, the Democrats hired Fusion GPS again to destroy Barack Obama’s rival, Donald Trump. But this time, the artillery would involve the world’s most powerful law enforcement agency, a secret court, and the full complicity of the national news media.

And as the biggest scandal in American political history has unfolded, Obama’s media accomplices have denied, excused, and/or justified his involvement while desperately creating other scandals to serve as diversions.

To date, the former president has not faced one question about what he knew and when he knew it. His vice president, safely bunkered in his home studio away from uninvited media scrutiny, is enjoying the same protection despite Joe Biden’s known participation in the Trump-Russia collusion ruse.

Obama’s unmatched political good luck, however, might finally have run out.

Fox News Channel’s Ed Henry reported that acting Director of National Intelligence Richard Grenell delivered more secret documents to the Justice Department last week that could prove “Barack Obama knew about a lot of this with Michael Flynn a lot earlier than we know.”

That news jives with recent revelations pointing to Obama’s behind-the-scenes management in the targeting of Flynn, a one-time Obama intelligence official who landed on the then-president’s unforgiving hit list. According to court documents, Obama himself was the source of the leak about the infamous call between Flynn and Russian Ambassador Sergei Kislyak.

In her August 2017 interview with Special Counsel Robert Mueller’s lawyers, former acting Attorney General Sally Yates revealed that President Obama notified her about the Flynn-Kislyak call “on January 5, 2017 while in the Oval Office,” the notes detail.

“After the briefing, Obama dismissed the group but asked Yates and Comey to stay behind. Obama started by saying he had ‘learned of the information about Flynn’ and his conversation with Kislyak about sanctions,” Yates told investigators.

“At that point, Yates had no idea what the president was talking about.” Turns out, Obama and Comey were setting her up to pursue the bogus Logan Act allegations, which she did.

Yates’s bombshell is just the latest proof to tie “No Drama” Obama to the collusion hoax. During that same briefing, Comey, Clapper, and Obama discussed how to present the so-called “pee tape” claim in the Steele dossier to President-elect Trump the next day.

Comey said Obama raised his eyebrows up and down “like a Groucho Marx thing” when his FBI director explained how he would spook the incoming president with the salacious accusation.

Obama’s awareness of Comey’s activities, in fact, can be traced back months before Election Day. The report by Justice Department Inspector General Michael Horowitz confirmed that Comey discussed the counterintelligence probe of the Trump campaign with Obama in the Oval Office sometime in August 2016. (Rice, Clapper, and Brennan also attended that same meeting.)

And of course, we already know, thanks to texts between FBI lovers Peter Strzok and Lisa Page in the summer of 2016, that the “White House is running this,” and the “[president of the United States] wants to know everything we are doing.”

This overwhelming and shocking evidence, however, has been of no interest to marquee media organizations such as CNN and the New York Times while a handful of conservative outlets and anonymous Twitter accounts have done the heavy lifting.

But it seems like Obama might be getting a little nervous. Yahoo News reporter Michael Isikoff, the same dutiful Democrat Party scribe that published the first dossier-sourced article about the FBI’s interest in Carter Page, posted a “leaked” tape of the former president complaining about the Flynn case.

“The news over the last 24 hours I think has been somewhat downplayed, about the Justice Department dropping charges against Michael Flynn,” Obama is heard saying. “That’s the kind of stuff where you begin to get worried that basic—not just institutional norms—but our basic understanding of rule of law is at risk. And when you start moving in those directions, it can accelerate pretty quickly as we’ve seen in other places.”

Obama’s attempted damage control could be coming too late for him. Trump spent most of the weekend suggesting on Twitter and in interviews that the wagons are circling around his predecessor. “He got caught, Obamagate!” the president tweeted Sunday. The hashtag #ObamaGate dominated Twitter for most of Sunday into Monday.

But Obama and his cronies have more to worry about than Trump’s mean tweets.

U.S. Attorney John Durham is moving “full throttle” on his criminal investigation into Obama Administration officials, according to Fox News.

Durham’s inquiry is so far-reaching that other U.S. attorneys now are involved. “They farmed the investigation out because it is too much for Durham and he didn’t want to be distracted,” said one source.

It could be that Obama’s arrogance and sense of political invincibility, bolstered by years of media swooning, finally has caught up with the one-time community organizer. The unraveling of the Flynn case and continued investigation into Obama’s Justice Department will put an end to the preposterous claim that his administration is “scandal-free.”

Quite to the contrary, the history books will have to tell the story of the most scandal-ridden presidential administration of all time— Obama’s, not Donald Trump’s.