2 The Point News » Guest Authors » Members Only » OBAMA GETS UGLY 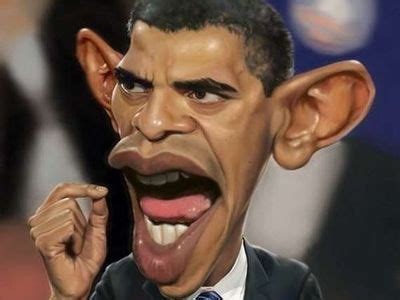 Obama showed his true self in comments about President Donald John Trump on Monday (11/19).

It was not pleasant. Unable to articulate a reasoned argument using facts, Obama attacked the president in a manner that if it were the other way around would be deemed racist.

Maybe it is.  Anybody out there think Barry is an anti-white racist?

Obama said, “The reason we don’t [invest in climate change policies] is because we are still confused, blind, shrouded with hate, anger, racism — mommy issues.”

By all accounts, President Trump adored his immigrant mother and in fact married immigrants on two occasions. He was thrilled to meet Queen Elizabeth II because his mother spoke so highly of her.

But I don’t have to defend Our President.

We all know why Obama is upset.

President Trump is systematically erasing his legacy, transforming it into a healthy, 21st century approach to the problems our nation faces.

Obama seethes. Monday night at the Obama Foundation Summit in Chicago, Obama cried out in pain.

Trump’s predecessor said, “I mean, we — we are we are fraught with stuff, and — and so if that’s the case then the single most important thing that we have to invest in is not all — and look I’m a huge supporter of science and technological research and social science and, you know, evidence-based learning and all that good stuff. I’m — I’m — people call me Spock for a reason.

He thinks he is a television character from 50 years ago?

As a person who opposed Obama’s policies, and disliked his cashing in on the office, I never hated the man. Even now I do not. I feel pity.

Obama is an American tragedy. He made history by being elected the first black president, and then he did nothing with it. His Obamacare could have addressed the concerns of a few million people without upending the health insurance of hundreds of millions of people.

Instead of using his presidency to end racism, Obama led a resurgence of racial grievance that divided the nation.

He failed to give President Trump the peaceful transition of power that Trump earned.

Instead of speaking out against the increasingly militant resistance, Obama stands back stage grinning.

He seems to believe voters rejected him when Shrillary lost. His backing of Stacey Abrams and Andrew Gillum in their gubernatorial races this year pitted him against Trump, and President Trump prevailed.

Don Surber is author of “Trump The Establishment” and “Exceptional Americans: Fifty People You Need to Know.”