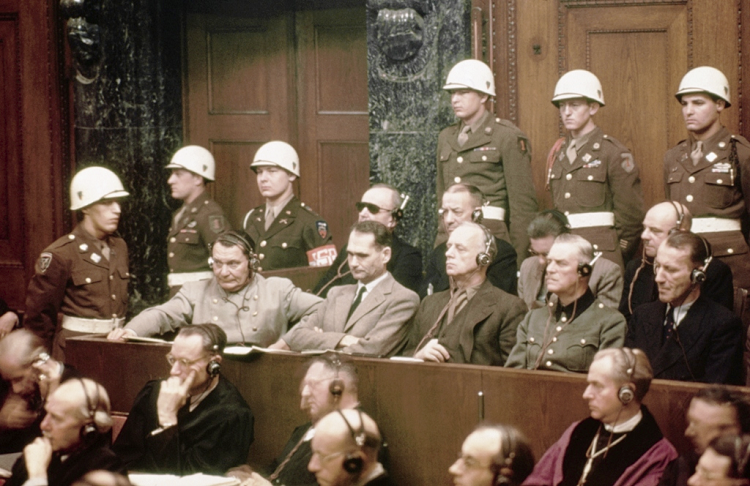 [The HFR of July 23 explained how Xiden and leaders of other countries are committing Crimes Against Humanity with their vax mandates:

“Due to the horrific experimentation on Auschwitz prisoners by Nazi doctors such as Josef Mengele… it is has long been considered by international legal consensus a ‘Crime Against Humanity’ to force people against their will to take an experimental drug – which all Covid vaccines are.”

Here, TTP reader Pennel Bird provides a valuable further explication of why so many government leaders and officials are criminals violating international law.]

Dr. Josef Mengele is one of the true monsters of history.  His profoundly evil medical experiments on Jews, the disabled, the mentally impaired, and other Third Reich deplorables are the stuff of pitch-black fever dreams.

Combining disparate elements of pernicious ideologies including eugenics, antisemitism, racial purity, and the German ideal of lebensraum (“room for living”), what eventually became Nazism informed Hitler’s ethos as he rose to power.  His malignant weltanschauung eventually coalesced into the Final Solution.

Hitler’s infernal vision metastasized quickly to infect the belief systems of top-tier Nazis.  Among other atrocities, Mengele used injections to attempt to change the eye color of his “patients” to blue to render them more Aryan.  When these experiments went sideways, the fiendish M.D. demonstrated a penchant for “tidying up.”  One person testified to having witnessed the diabolical doctor kill fourteen sets of twins in one night with chloroform injections to the heart in order to make comparative post-mortem observations.

After the Allies won the war, the Nuremberg Trials were convened to assess the astonishing breadth of the human tragedy as authored by Hitler and his henchmen and mete out punishment for their actions.

The cruelty and depravity of Mengele and others, including Adolf Eichmann, shocked the world, were almost beyond reckoning, and subsequently inspired the establishment of the Nuremberg Code — which was tacitly endorsed by nearly every nation on earth.

The ten points of the Nuremberg Code for human experimentation are as follows:

All COVID vaccines emergency authorized by the FDA have not yet been approved and are experimental, as they have undergone no long-term safety trials.  Safety data are being partially collected in real time as adverse events are reported to VAERS.  The tenets of the Nuremberg Code apply here as these vaccines are — by definition — a medical experiment being administered worldwide.

Given that, the explicit statement in #1 that subjects not be subject to coercion raises the question: does the threat of losing one’s job, not being able to attend college, or not being able to travel or attend a live event constitute coercion?

Does the president of the United States urging Americans to “get the shot” and then threatening to send emissaries door to door to “encourage” it constitute coercion?

Is it coercion to establish two Americas in which one half that chooses vaccination gets to eschew masks and move about freely, while the other half that doesn’t must stay masked and have their essential freedoms proscribed?

Later in #1, the text explicitly states that the subject must be made aware of “the effects upon his health or person.”

This is known as informed consent: patients need to be made fully aware of the potential dangers of a medical procedure in keeping with the Hippocratic oath.

There have been many reports of adverse events from the COVID vaccines, including Bell’s palsy, seizures, blood clotting, heart inflammation, and death.  How many people reading this who got the vaccine had these potential side effects explained to them before getting jabbed?  How many were afforded informed consent?

The second bullet point dictates the experiment (COVID vaccine) “should be so designed and based on the results of animal experimentation.”  In an alarming break with decades of convention, the Pfizer and Moderna animal trials were run concurrently with human trials.

The human trials were not a result of animal trials, giving the manufacturers a chance to make safety adjustments, which constitutes a violation of the Nuremberg Code.

The fifth bullet point states that no experiment (the experimental vaccine in this case) should be given if there’s reason to believe it could cause a disabling injury or death.

With over 400,000 adverse events and 9,000 unconfirmed deaths from COVID vaccines reported to VAERS, is there reason to believe the COVID vaccines violate the Nuremberg Code in yet another way?

The eighth bullet point emphasizes the “highest degree of skill and care” by “scientifically qualified persons” when administering the vaccine.  Do pharmacists fit that profile?  Do school nurses?  How about the folks jabbing people motoring through drive-thru clinics?

Does the fact that they all enjoy total liability protection from vaccine injury and death give pause?

The last bullet point emphasizes that the administering agent should exercise caution in fulfillment of the Hippocratic oath by terminating treatment if there is reason to believe that further treatment could cause “injury, disability or death.”

There are countless stories of people having an adverse reaction to the first of two shots — but being encouraged to continue with the second shot anyway.  Many of these unfortunates suffered debilitating, lifelong injuries — or death — after the second vaccine.

Meanwhile, instances of doctors or health care workers erring on the side of caution and advising against the second shot for these vulnerable patients are vanishingly rare.

It is increasingly clear that the powerful principles and precepts of the Nuremberg Code have been flouted, even decimated, by those seeking to push the COVID vaccines on every single person on Earth.  Foremost among these is the caution against coercion.

Those who resist the anti-American and anti-human idea of a one-size-fits-all medical treatment are freedom-fighters for the obvious and inherent right to choose for themselves.  That this is no longer self-evident is deeply alarming.

It is a well-worn aphorism that those who forget their past are condemned to repeat it.  Despite mounting evidence of serious adverse events and death, are we doing just that in our increasingly desperate attempts to use coercion to vaccinate absolutely everyone?

Are we nullifying the Nuremberg Code?

Pennel Bird is a writer, musician, educator, father, and husband.  He likes piña coladas and getting caught in the rain. He is from Jack Wheeler’s home town of Glendale, California.