2 The Point News » Guest Authors » Members Only » NORTHEAST CHINA: THE NEXT SECESSIONIST THREAT TO BEIJING LIKE TIBET?

NORTHEAST CHINA: THE NEXT SECESSIONIST THREAT TO BEIJING LIKE TIBET? 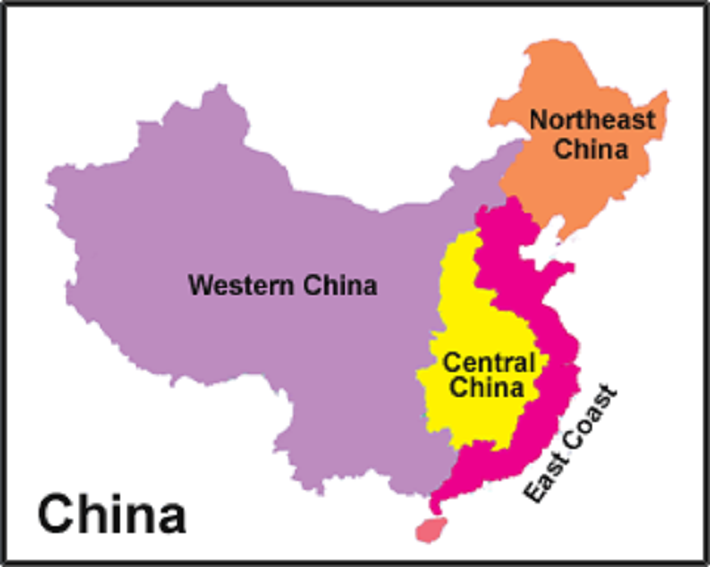 [Note by JW: The 100+ million people of Northeast China are chronically and seriously short of water.  They would be Putin’s prime customers for Russian Siberia water. Or would they prefer to secede and join Russia instead?]

As people in northeastern China grow increasingly dissatisfied with the central government’s neglect of the region’s economic development, authorities are worried that mass protests could soon break out, according to an insider I know personally.  We’ll call him Mr. Lee

Mr. Lee, who requested anonymity in order to speak freely, formerly worked for a senior official at the Chinese Communist Party’s United Front Work Department (UFWD). The agency is in charge of persuading Chinese people domestic and abroad to agree with the Party’s policies and maintain the Party’s rule.

While Mr. Lee caught up with his former superior during Lunar New Year, the latter revealed the central government’s chief concerns.

“Both the Cyberspace Administration of China (CAC) and the United Front Work Department (UFWD) is monitoring the enormous amount of resentment that northeasterners have toward the central government. They [authorities] are working hard to censor the public opinions” and prevent tensions from escalating, Mr. Lee said. The CAC is China’s chief internet censorship authority.

Northeastern China is made up of three provinces: Liaoning, Jilin, and Heilongjiang. About 40 years ago, the region contributed about 14 percent to the country’s Gross Domestic Product (GDP). But that figure has dropped to five percent in 2020.

Roughly 107.9 million people live in the region, or about 8 percent of the country’s total population. But the population is declining, as the local birth rate has plummeted (0.61 percent in 2019) and hundreds of thousands relocate to other regions for better economic opportunities.

“The Chinese government is worried that northeastern China will follow Tibet and Xinjiang and seek independence,” Mr. Lee said. “This is one of the biggest concerns that the regime has right now.”

For centuries, Tibet and Xinjiang were self-governed regions under the Chinese empire. After the Party invaded those areas, the Chinese regime subjected the local population to brutal suppression, which in turn triggered dissent against its rule.

Mr. Lee also explained that northeastern China was being ignored due to political infighting within the Party.

Northeastern China is rich in coal, petroleum, iron, and other natural resources. It also has fertile soil. During the early 20th century, under warlords and as a puppet state of the Japanese empire, Manchukuo, the region built up heavy industry, advanced telecommunication networks, and over 4,300 miles of railroads.

After the CCP took over China in 1949, the area slowly developed energy, mining, auto and aircraft manufacturing, and agricultural-related businesses.

In the 1980s, when China began economic reforms and foreign imports skyrocketed, domestic sectors lagged behind. Then, in the late 1990s, the Chinese government issued new policies that led to several million workers in northeastern China losing their jobs.

But its economy started a really steep decline around 2014. 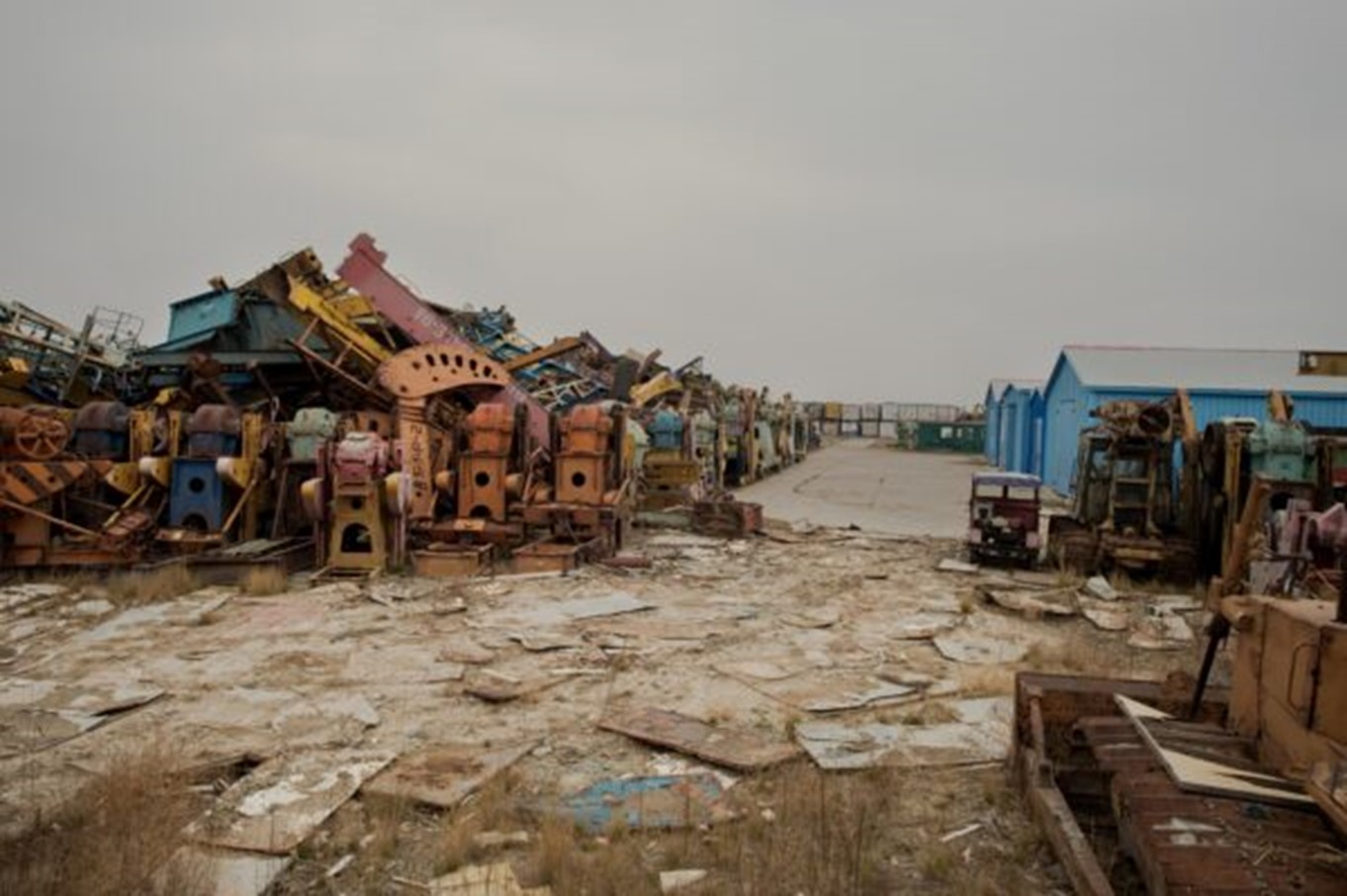 China’s central government has the power to decide where to devote more resources and investments.

Mr. Lee said the senior UFWD official told him that cities can develop quickly if the central government issues favorable policies, and provides land, manpower, and investment to them.

Conversely, those regions not favored by the regime will likely not flourish. The official gave the example of Liaoning’s major cities of Dalian and Shenyang, which have large populations but have failed to flourish economically.

Though the region spans over one million square kilometers, or about seven times the size of New York state, it doesn’t yet have a national center.

Life in this region is hard: 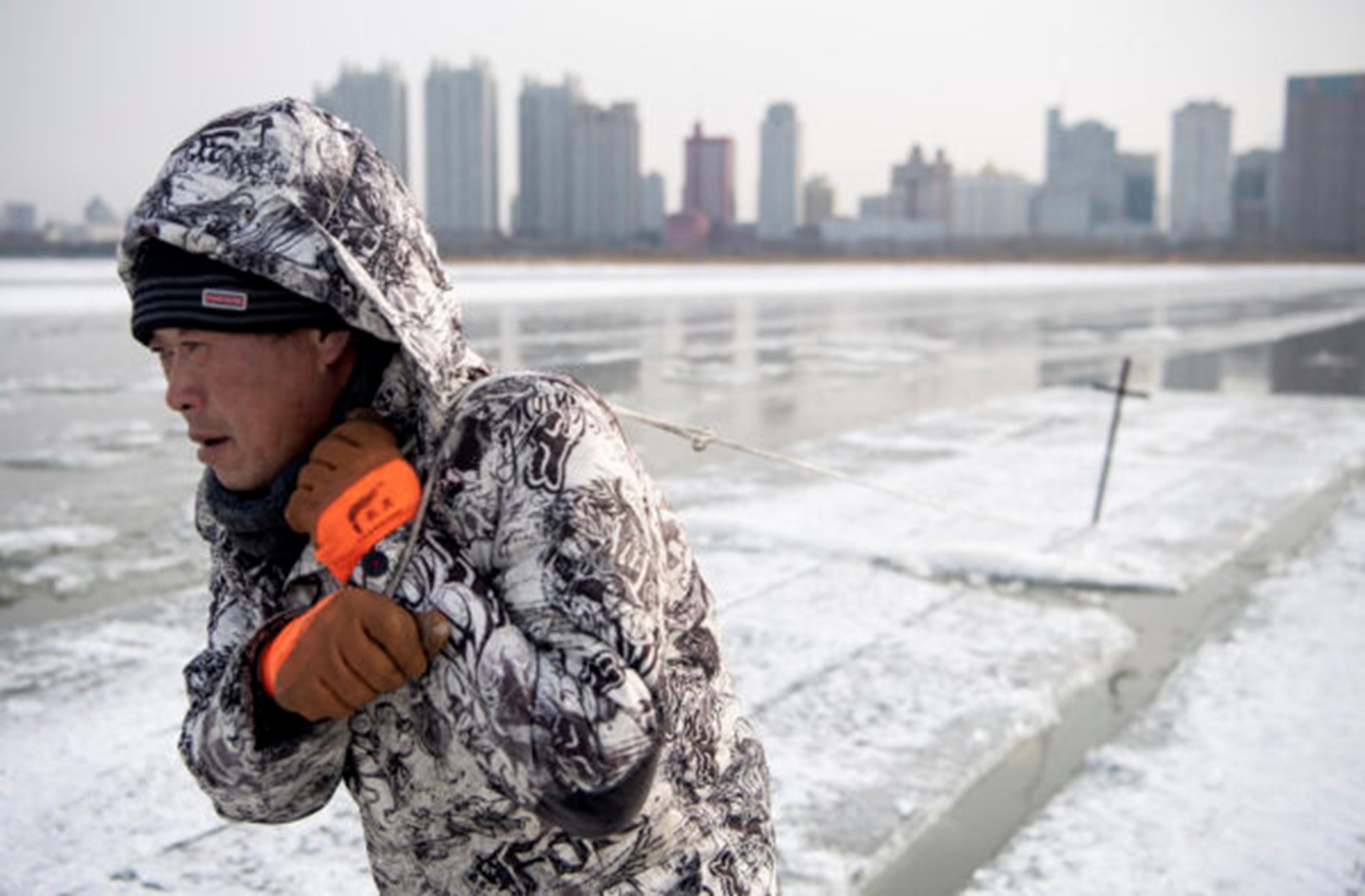 A worker dragging ice blocks on the Songhua river in Harbin, Heilongjiang

Mr. Lee explained that locals believed Chinese leader Xi Jinping was not willing to develop the northeastern region due to his rivalry with former powerful official Bo Xilai, who moved up the political ladder while serving in the officialdom of Liaoning Province.

“People in northeastern China have great anger toward Xi Jinping. Their resentment is becoming more and more intensified, acute,” Mr. Lee quoted the senior UFWD official as saying. “The officials there are dissatisfied with Xi as well.”

When Xi came to power in 2012, the Party was dominated by a faction loyal to former Party leader Jiang Zemin. The faction was planning a coup, to have the Jiang loyalist Bo Xilai usurp Xi. The plan did not bear fruit.

After Xi took the reins, Bo fell from grace in a dramatic episode involving his former lieutenant attempting to seek asylum at an American consulate and his wife being suspected of killing a British businessman.

Bo was removed from office and expelled from the Party on corruption charges. In 2013, he was sentenced to life imprisonment.

Northeasterners believe that Xi is discriminating against the region due to the region’s past affiliation with Bo, Mr. Lee explained. “The northeast is a victim of factional struggles.”

Whatever the causes, Northeasterners are starting to dream of breaking away from the ruinous rule of Beijing’s Communist Party – just as are the people of Tibet, Xinjiang (aka East Turkestan), and Inner Mongolia.  The centrifugal forces within China are many and growing.