2 The Point News » Guest Authors » Members Only » NO MORE FAUCIS: WE NEED TERM LIMITS FOR BUREAUCRATS

NO MORE FAUCIS: WE NEED TERM LIMITS FOR BUREAUCRATS 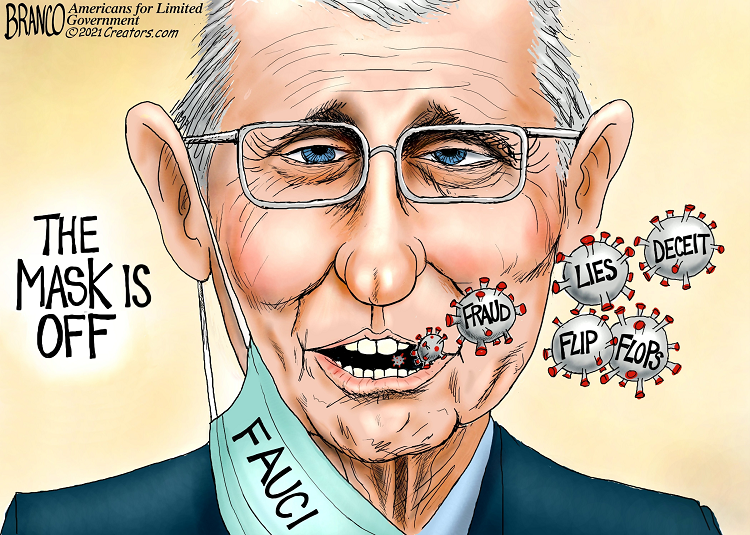 Term limits for politicians has been a popular idea with conservatives, libertarians and even some liberals and progressives (though fewer these days) for some time.

But more important, I would argue, are term limits for the government bureaucracy.

At least politicians can be voted out. Unelected bureaucrats go on and on and on and, in many ways, end up running our lives.

Sen. Marsha Blackburn alluded to this unfortunate situation on Steve Hilton’s “The Next Revolution” back in December 2020: “And you know, Steve, one of the things you touched on about the bureaucracy and cutting it. I have said for a long time—we need to have term limits for bureaucrats because they are the ones that dig in.”

Indeed. But little has been done about it.

All the while, the bureaucracy, aka the Deep State, has been reaching new heights (or lows), in essence taking over the country, as for example, with Dr. Anthony Fauci.

Excessive? Well, who has more power? Pretend President Biden? Someone behind Biden whispering in his ear?  Possibly.

But whoever it or they are, they all bow their heads during this endless pandemic to the director of the U.S. National Institute of Allergy and Infectious Diseases (NIAID). Otherwise, they risk the withering contempt of “he who represents science” with attendant career-ending consequences.

Never mind that this supposed great scientist contradicts himself so frequently he resembles a Lewis Carroll character or that “settled science” is in itself an oxymoron.

Just the other day, he was seeming to wobble under withering examination from Sen. Rand Paul over the NIAID director’s relationship, including possible funding, with the Wuhan Institute of Virology from emails recently exposed via a FOIA.

This points to the extraordinary danger posed by Fauci and other unelected bureaucrats who, due to years of basically unsupervised activity, make decisions that affect foreign policy as greatly as presidents.

What could be more alarming than the funding or sponsoring of gain-of-function research in Communist China by American taxpayers?

Was the doctor not aware of information that is publicly available, such as this report from Japan Forward: “Biological Weapons the Focus of China’s Military Research in the Last 20 Years.”

In a way, we can read Fauci’s strangely erratic behavior over the last couple of years, including disagreeing with Trump over the then-president’s decision to block travel from China at the beginning of the pandemic, as an attempt to evade scrutiny of his relationship with the Communist Chinese.

To this day he is avoiding answering questions on this relationship that could end up linking him to some of the most heinous research ever conducted, both abroad and, alas, at home.

Fauci himself could have what the French call “mains sales” (dirty hands) in the horrifying global tragedy that has transpired and is continuing to plague us.  Or not.

But what is he hiding and why are we, the citizens of a supposedly free country, prey to his edicts?

Speaking personally, I took the Pfizer shots and now wonder if I should have, as it becomes more clear that the death rates for heathy people are exceptionally low, even for seventy and eighty-year olds, and that readily available drugs like ivermectin and hydroxycholorquine work just as well, most probably better, than the vaccinations, to keep us healthy.

But some day this will end, or more likely be abated, and something else will come up. For that reason, term limits for the bureaucracy should be at the top of the agenda when the Republicans next hold the presidency and the Congress.