NO FEAR OF THE EVIL EYE – Books That Changed My Life

BOOKS THAT CHANGED MY LIFE

I read a lot.  Ever so often, I come upon a book that is seminal for me – profoundly affecting my view of the world.

Reading Richard Halliburton’s The Complete Book of Marvels did that to me when I was 14.  Halliburton was a famous adventurer in the 1920s and 30s whom the world had long forgotten when I read a twenty year-old book of his in 1958.

I was a kid in Glendale who knew next to nothing about the rest of our planet.  Halliburton opened my eyes to see a world of endless wonders and magical experiences.  I still see the world in that way to this day.

That’s what motivated me to climb the Matterhorn at 14, live with the Jivaros and swim the Hellespont at 16, and how I found myself in a “mirador” – a small hunting blind of branches and leaves – in the jungles of South Viet Nam at 17 waiting for darkness in hopes that a man-eating tiger would show up. 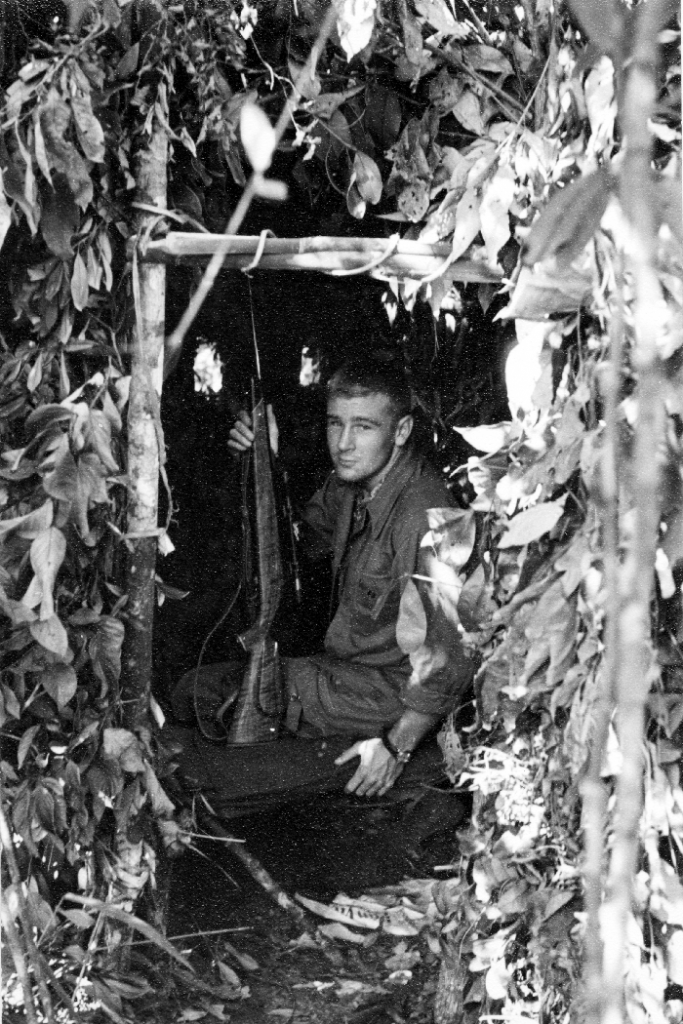 Author at age 17 in the mirador ©Jack Wheeler

Tigers leave distinctive pug marks, and this one had killed and eaten at least twenty Co Ho Montagnards in villages near Dalat.  My Vietnamese guide, Ngo Van Chi, and I had wrapped a dead and rotting water buffalo to a tree as bait for him.  He would come in pitch black night, so we sat in the mirador for hours before when it was still light and waited.

I brought a paperback book to read.  Sitting on a bench of rough branches next to Chi with the fading light filtering through the leaves of the mirador waiting for that tiger, my .300 Weatherby with a flashlight taped to the barrel next to me, is where I read George Orwell’s 1984.

I will never forget the impact of Orwell’s final four words of 1984.  As I got near the end, I was silently screaming for Winston not to surrender, not to give in, “No! No! No!” I shouted to myself.  And then, as the light turned to dark, there came those terrible last four words: “He loved Big Brother.”

It would be hours before the tiger would come, hours in pitch black dark, unmoving and soundless, with nothing to do but think about those last four words.  They were, I realized, the whole point of Orwell’s masterpiece.  That the goal of modern totalitarianism was not to force people to obey but for them to want to obey, not to handcuff and enslave people against their will but to ask to be handcuffed and enslaved.

No matter what the flavor or form of totalitarian rule – “Communism,” “Fascism,” “Nazism,” Chinese or Soviet “Socialism” – the goal is always the same, to worship Evil as the Good, to dissolve the individual into the collective which believes that freedom is slavery, and slavery is freedom.

It wasn’t until I was out of college that a book impacted me as deeply as Orwell’s.

It was 1966, and I was on a beach in Malibu with an enormous 1,000 page paperback that friends were insisting I read.  It was a beautiful day, the surf was up, and I really wanted to be out there on my board.  Instead I’m reading this book and not happy about it.  Suddenly, I came upon this line:

It was the start of the famous Speech on Money in Ayn Rand’s magnum opus, Atlas Shrugged.  Reading Atlas became the most electrifying intellectual experience of my life at the time.  I soon learned that Rand’s philosophy was substantially based on that of Aristotle.

Becoming immersed in Aristotle’s Nicomachean Ethics and Metaphysics, I found my philosophical home. So much so that I decided to get a Ph.D. in Philosophy.  As the first way station to that was a Master’s, and by that time I had moved to Honolulu, I began as a grad student at the University of Hawaii.

I soon learned from fellow Randians on campus that on economics, Ayn Rand was a disciple of an Austrian economist-philosopher named Ludwig von Mises, whose masterwork was entitled Human Action.  It was a massive tome of such towering genius and erudition that it left me in a state of speechless awe.

I immediately connected with Mises’ argument that “economic calculation” – how to figure out the cost and price of something – was impossible in a government-controlled economy, as what to price anything was not determined by a free market of supply and demand, but by the arbitrary decisions of government bureaucrats instead.

That was because when I was 14, my father took us to Moscow filming a documentary, “An American Family in Russia,” for the television station he worked for in LA, KTTV.  The Russian kids I met marveled at the cheap Paper-mate ball point pen I had.

I asked Valya, our Intourist guide why.  She examined my Paper-mate closely, then said, “We do not have such thing in Soviet Union.”  The Soviet Union didn’t know how to make a ball-point pen.

That was in 1958.  In 1963 at 19, I spent the summer by myself in Outer Mongolia, Central Asia, and back to Moscow filming for a stock film company in Hollywood.  In the courtyard of St. Basil’s Cathedral on Red Square, kids wanted to buy my blue jeans.  Wearing a pair of American Levi’s was an ultimate fashion statement for a Moscow teenager.  The Soviet Union didn’t know how to make a decent pair of jeans.

Ludwig von Mises explained why.  He was the ultimate champion of laissez faire free market economics.  So I and my Randian friends formed a campus group, “Students for Laissez Faire,” and on its behalf, I wrote a letter to him – he had been a Professor at New York University in Manhattan since 1945 – inviting him to speak at the University of Hawaii in Honolulu.

As I am writing this, I am looking at Ludwig von Mises’ handwritten reply to me, dated July 4, 1968, proudly framed in my study.  He graciously had to decline the invitation, due to the difficulty of such lengthy travel at age 87 – but would it be possible for me to visit him in New York?

You bet.  I saved up for a year, and as a broke graduate student in the summer of 1969, got a cheapo flight to LA and rode a Greyhound Bus across the entire US to Franconia Notch, New Hampshire, where von Mises and his wife Margit had a summer cottage.

While I had scraped up to acquire several of his other books written over a half-century, starting with Theory and Credit in 1912, Socialism in 1922, Bureaucracy, Planned Chaos, Omnipotent Government and more – I made sure to lug all 907 pages of Human Action in my backpack on that bus ride.  That and a fascinating short treatise, The Anti-Capitalistic Mentality.

The weekend I spent with Ludwig and Margit von Mises will always be one of my most treasured memories.  He of course signed my copy of Human Action.  We had long discussions about it, yet also about that short treatise focusing on why so many intellectuals, children of successful businessmen, and Hollywood celebrities hated free market capitalism.

Human Action didn’t touch on this, while The Anti-Capitalistic Mentality explained how that hate and contempt was primarily based on envy.

“The case for capitalism, or free market economics, is irrefutable when it is based on reason and the facts of history and experience,” Professor Mises told me.  “To make that case was the purpose of Human Action.  Because the case for Marxism or government control replacing a free market economy is so intellectually weak, anti-capitalists must base their case on emotion.  My short essay written a few years later (Human Action in 1949, The Anti-Capitalist Mentality in 1956) was to briefly explain what that emotion was.”

I smiled to say, “I loved your description of Lenin, explaining how all he knew of business was as a clerk filling out forms at companies in Germany while in exile there, so that his is ‘the philosophy of the filing clerk in all its glory.’  But even more was your explanation of why the children who inherited wealth from successful entrepreneurs who created that wealth are ‘Penthouse Bolsheviks’ because they never earned their money and feel inferior to those who do.”

I received a gentle smile of understanding in return.  Then he said, “Mr. Wheeler, that was a short essay of a few basic thoughts on the matter.  I should tell you about a far more rigorous treatment that has just been written.  It is by a German sociologist at the Johannes Gutenberg University in Mainz, West Germany, and is published in German so it is unknown in the English-speaking world.  However, I’m told that an English edition will be out soon, entitled Envy – A Theory of Social Behavior. The author is Dr. Helmut Schoeck.  I commend it to you.”