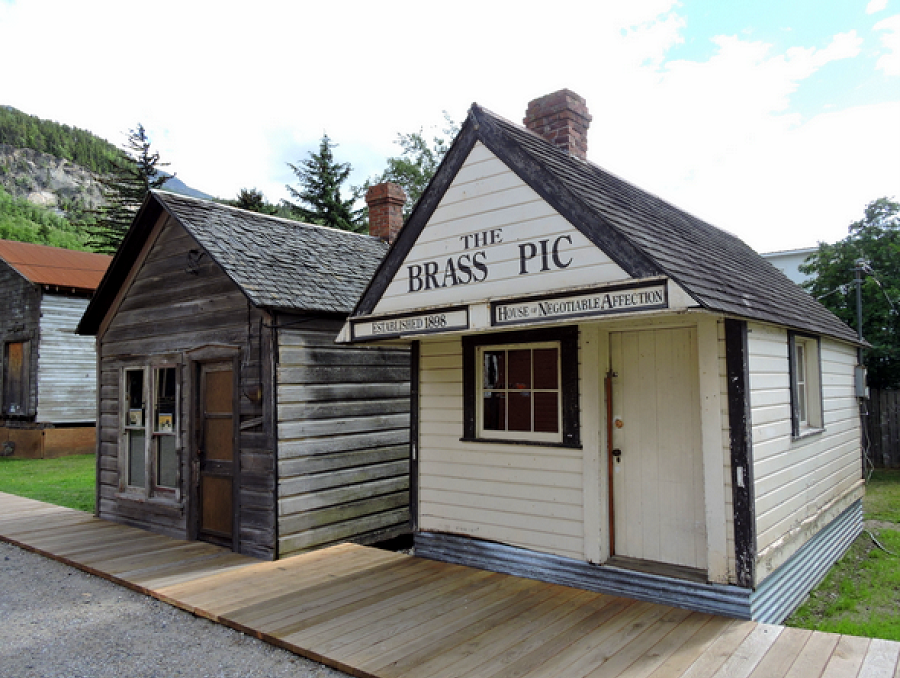 When gold was discovered in the Klondike of Canada’s Yukon in 1896, the fastest way to get there was a tiny hamlet at the end of a long inlet of Alaska’s Inland Passage coast called Skagway. By 1898, Skagway was a lawless Wild West boom town flooded with prospectors who needed entertainment and release from the arduous travails of gold searching – and ladies who would provide it for a price.

The Brass Pic (as in a miner’s pic & shovel) was one of many Houses of Negotiable Affection in Skagway that flourished until the gold panned out in 1900. It’s preserved as a museum today in fond memory of those days of commercially consensual delight. Skagway is a terrific place to experience, drawing over a million visitors a year. Come here to see what draws them. (Glimpses of Our Breathtaking World #198 photo ©Jack Wheeler)