MYSTERIES OF THE GOBI 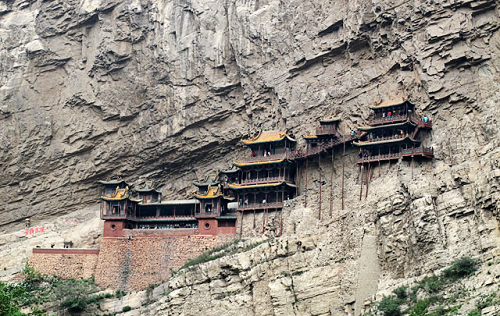 There are few places on earth that evoke more mystery and adventure than the Gobi Desert.  We’re going to explore it in October.

What you see above is the Hanging Monastery of Datong.  It’s been suspended on a vertical cliff  for 1,500 years, where over 100 Confucian, Buddhist, and Taoist monks live and worship today.

Near the edge of the Ordos Gobi is China’s best preserved medieval walled city – Ping Yao.  It’s like a time capsule where traditional Chinese life carries on like centuries ago. 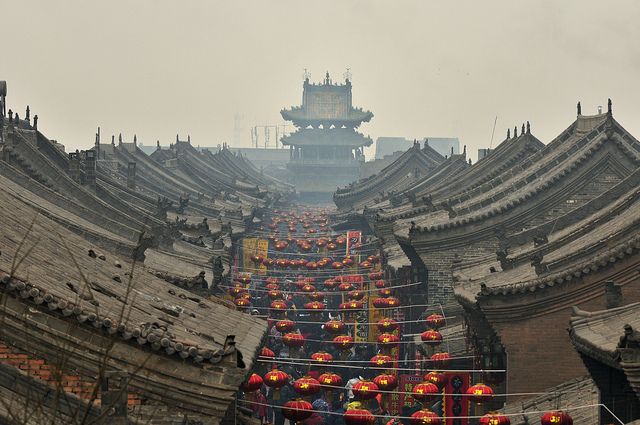 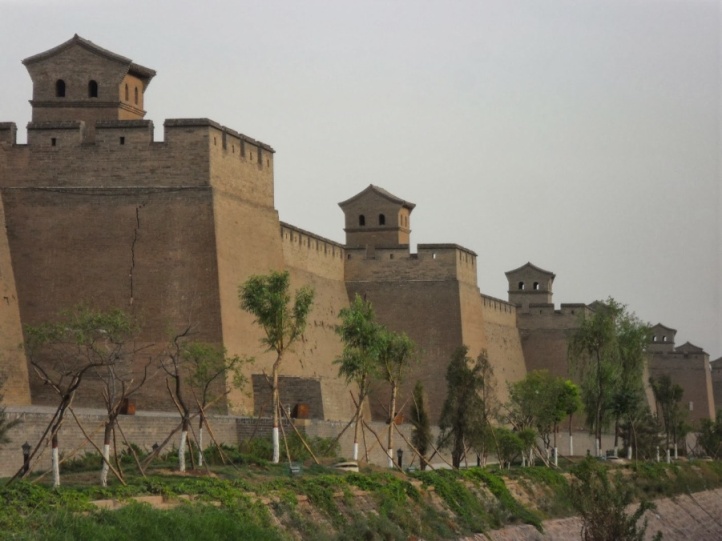 The Gobi Desert lies between the Himalayan Plateau and the grasslands of Mongolia.  It thus straddles the China-Mongolia border. 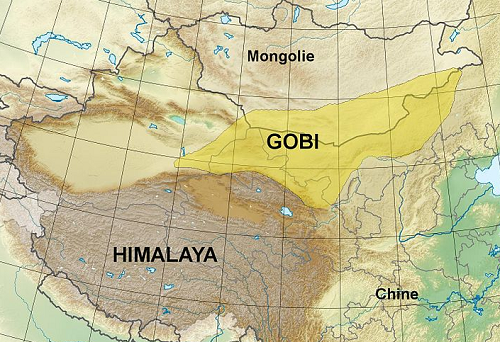 “Gobi” is a Mongol word meaning “waterless place” – yet there are hidden places within it that are far from waterless.

In the remotest part of the Gobi there’s a stunningly beautiful oasis.  Marco Polo traveled there and wrote about it.  For millions of years, a river has poured off the Himalayan escarpment to flow out into the Gobi, ending in the world’s largest alluvial fan at what is now the Mongolian border.

The lake here teems with birdlife… 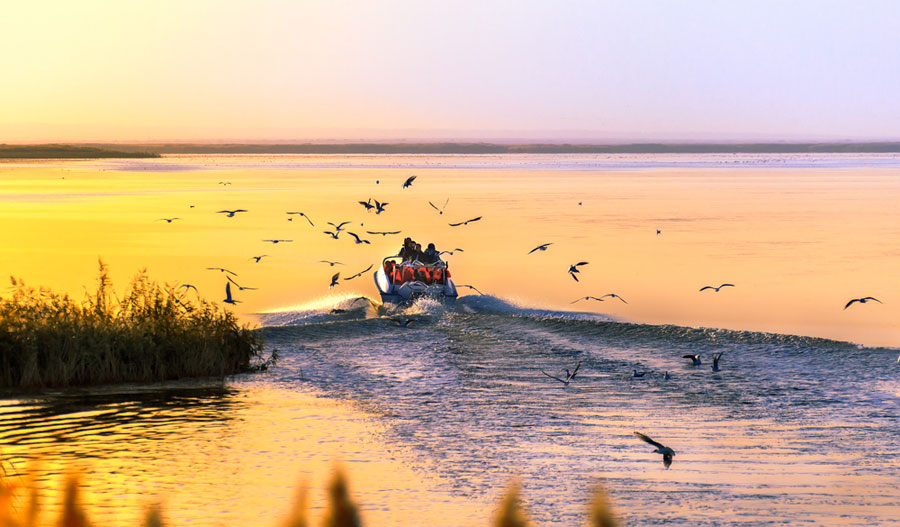 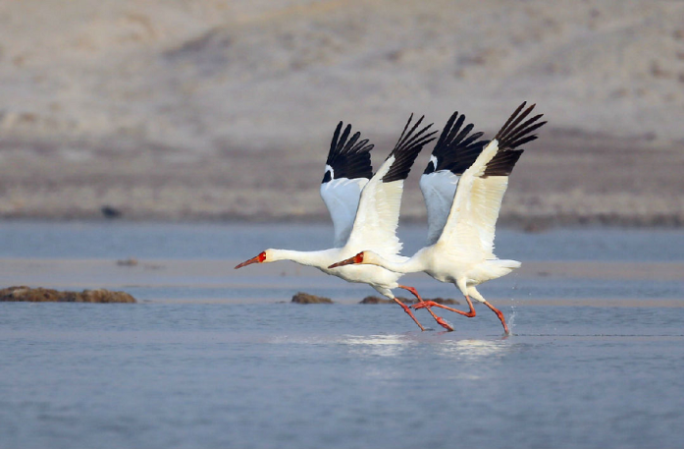 And who could resist a two-humped Bactrian camel ride along the dunes on its shores at sunset? 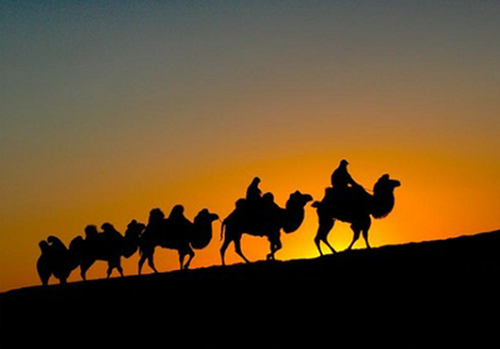 Nearby lies one of the world’s strangest forests – one of the last remaining places where the Euphrates Desert Poplar grows.  In October the leaves turn brilliant gold… 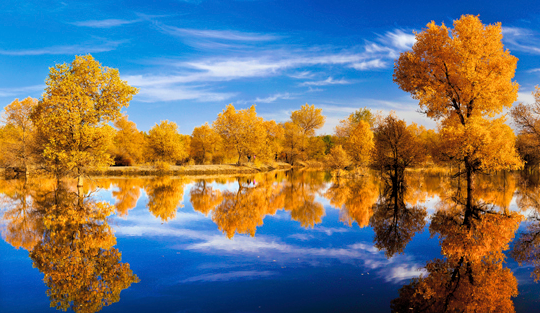 There’s also the Lost City of Khara Khoto.  Founded by the Tangut Mongols 1,000 years ago, Kublai Khan sent Marco Polo there as his emissary in the late 1200s.  The Ming Chinese destroyed the place 100 years later.    Less than 100 years ago, the Tushe Gun Avenging Lama, Dambin Jansang, who led a revolt of Mongols against the Soviet Communists colonizing his country, used Khara Khoto as his hideout.

Mongols believe the ghost of Dambin Jansang haunts the ruins to this day.  Should we wait after sunset to meet him in the twilight? 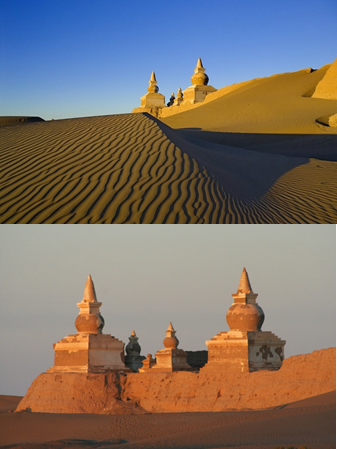 The Alashan Gobi was crossed by Marco Polo to reach an area of it the Mongols called Badain Jaran – meaning “mystery lakes.”  There are no rivers in the Alashan, just a sea of sand dunes, many of which are the highest in the world.

They are sprinkled with over 100 small lakes, some fresh, some hypersaline. Most are pure cobalt blue. They make the Badain Jaran Alashan the most beautiful desert on earth. 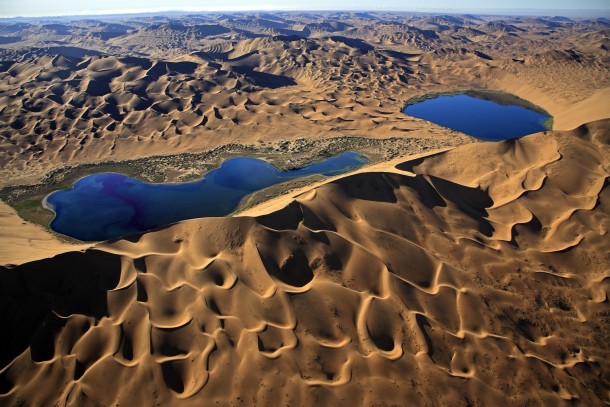 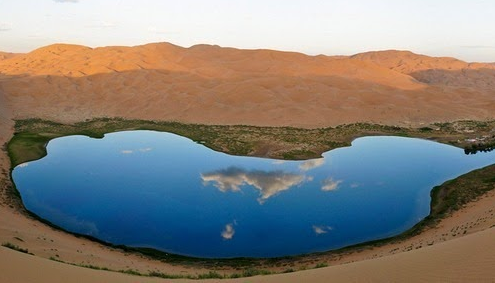 At one, there is a centuries-old Tibetan temple where the Mongol nomads come to worship.  At sunrise, with the dunes lit up in gold and the temple still in shadow reflected on the lake, it’s a life-memorable sight. 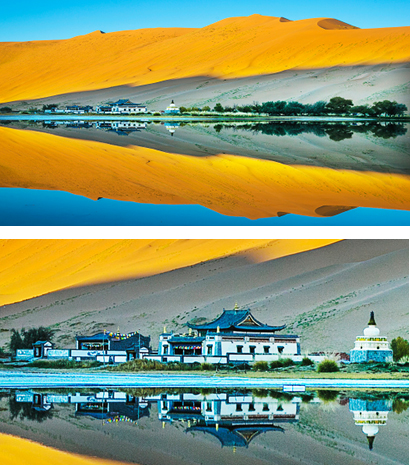 Between the Himalaya Escarpment and the Gobi is the Hexi Corridor, the route of the Silk Road connecting China to the world.  Near a city Marco Polo called Campichu is a geological area known as the Rainbow Mountains.  It’s easy to see why… 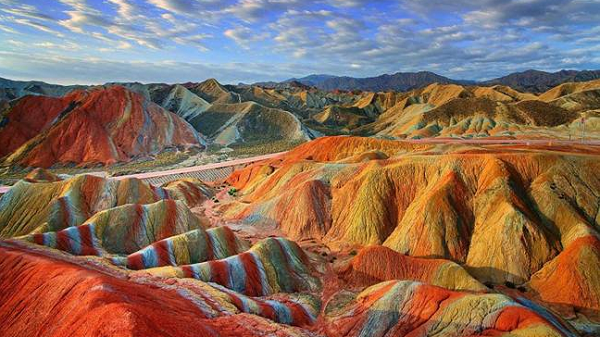 At the western entrance of the Hexi Corridor at the junction of the Northern and Southern Silk Roads around the dreaded Takla Makan wasteland lies the ancient caravan city of Dunhuang.

Some 2,000 years ago, Buddhist monks began carving out, living in, and elaborately decorating caves in a cliff face called Mogao.  For two millennia the Caves of the Thousand Buddhas has been a pilgrimage site.  Marco Polo marveled at them.  Today they contain the greatest repository of ancient Buddhist art on earth. 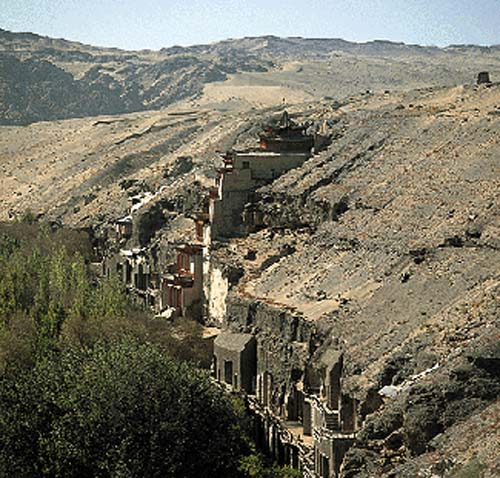 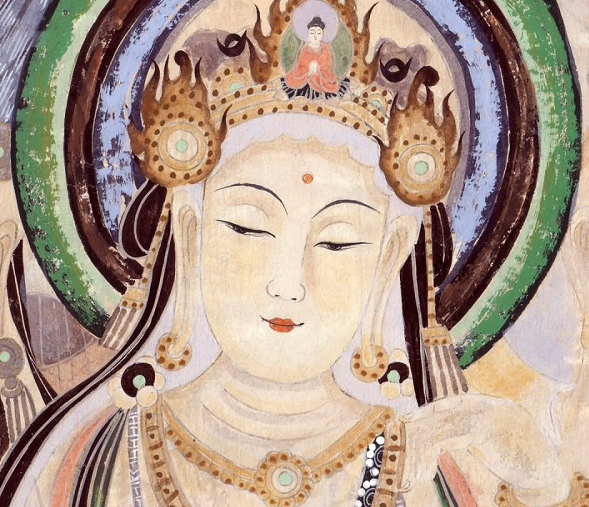 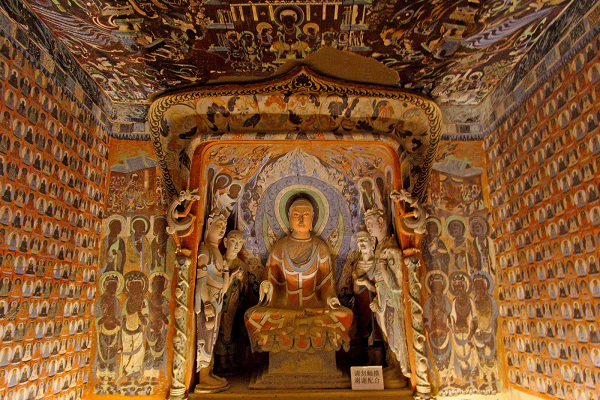 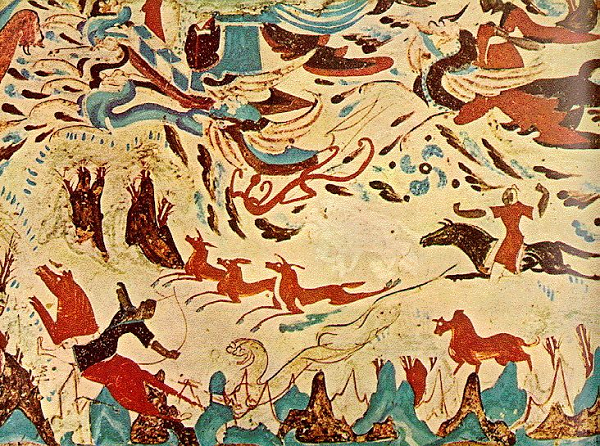 A few miles away tucked among the giant dunes of the Lop Nor Gobi is a mirage.. Upon first sight you’ll think it’s a mirage, but it’s real – Crescent Moon Lake with its wooden Chinese temple eons old.

Very few Westerners have ever been here, even though it’s one of China’s most famous post cards and on the cover of many coffee table picture books on China.  Here again is one of the Mysteries of the Gobi. 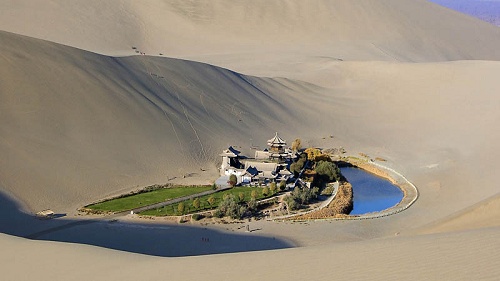 I’ll be taking a small group of adventurous TTPers to all these mysterious places – and a lot more – this October 8 to 22.

Please let me know if you’d like to be among them.  I can only take a few of you so email me quickly: [email protected].

Remember:  Life is short – the time for a great adventure is now.