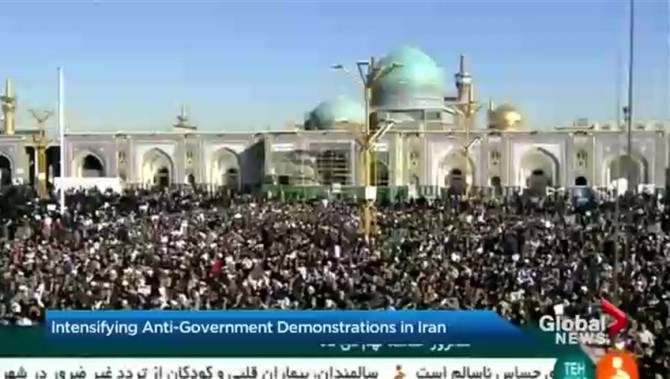 Coimbra, Portugal.  How ironic to be here with my fellow TTPers where the great hero who brought freedom to his country from Moslem conquest lies at rest, at a time when the world’s achieving freedom from Moslem terrorism may be taking place.

After the Fall of Rome in the late 400s, the Visigoths of Iberia (Spain and Portugal) adopted Christianity, creating a thriving prosperous Christian civilization until they were conquered by Moslem invaders from Africa in the early 700s.

After enduring 400 years of Islamic subjugation, the Christians of Portugal found their champion in a nobleman, Afonso Henriques (1109-1185), who waged forty-six years of war against Moslem armies – starting with his victory in the Battle of Ourique in 1139, after which his people declared him King of the Portuguese.

After 40 years of such victories, Pope Alexander III recognized Portugal as a sovereign Christian nation and Afonso the Great as its rightful king.  To this day, the Portuguese call him O Fundador – The Founder who created their nation. 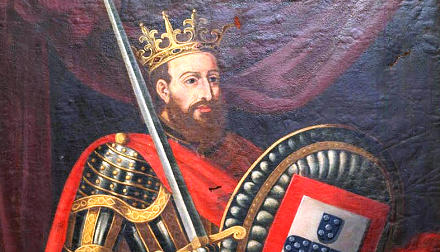 This great man is buried a short distance from my writing this, in Coimbra’s Santa Cruz Monastery. 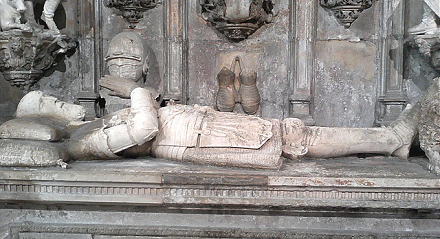 And as I am writing this, another heroic liberation from Moslem horrors is taking place – against the Islamic Terror Masters of Iran.

The effort is in its infancy, starting a scant six days ago last Thursday (12/30) in Shia Islam’s holy city of Mashhad.  Within a day or so, it spread to most every big city in the country, then medium-size communities, and by now to hundreds of small towns.

The outcome is far from certain, the struggle of the Iranian people for their freedom may fail.  Yet it is not too soon to discuss the immensity of what is happening in Iran at this moment, and the enormity of the consequences should their struggle succeed.

The first consequence has already occurred – the exposure of the global Left as a disgraced fraud in its claim to advocate liberty and women’s rights.

Log on to the main Twitter sites where people actually fighting and recording the struggle are posting videos and comments, like #iranprotests and #iranuprising, or individual feeds like #RamanGhavami or #LisaDaftari.  You’ll see four things pop out.

First will be up to the minute reports of the struggle in dozens of cities and towns all over Iran.

Second will be the utter contempt the protestors have for the Global Mainstream Media which refuses to report on them accurately if they do at all.

Third, their contempt is focused on the total phoniness of Western “feminists” who refuse to support Iranian women leading the protests.

Fourth, how much the protestors despise Barack Obama for his cowardly refusal to support the last time Iranians tried for their freedom in June 2009, and how much they love and are inspired by Donald Trump for having the courage Zero never had.

The Silence of the Left is deafening in its lack of support for freedom for Iran, for people being shot and brutalized.  Feminism has lost all credibility as a genuine advocate for women’s rights, while Obama and his minions have disgraced themselves unforgivably.

Our Fake News Media and their international brethren refuse to support the protestors because they would rather see the Iranian people be murdered en masse than see Obama be humiliated over his support for the Mullah Regime and his sacred “Deal” with it.

The Global FNM understands all too well how much of the credit will go to Trump for what could be the most momentous pro-freedom development in the world since the fall of the Soviet Union if the Mullah Regime is swept away.  Their Trump Derangement Syndrome is making them root for the mullahs.

Frankly, the consequences of the Fall of the Mullahs, should that happen, are so vast it’s difficult to grasp their immensity.  Let’s itemize a few.

*Following on the heels of MBS (Saudi Crown Prince Mohammed bin Sultan) ending Wahhabi support for Sunni radicalism and terrorism, the Mullah’s fall ends Shia support for terrorism.  Virtually the entire Islamic world will have no state or global organizational support for terrorism (see one exception below), meaning an opportunity for real peace between the world and Islam emerges.

*Iran ceases to be a nuclear threat to Israel, its neighbors (like the Saudis), Europe and the US.

*Iran-supported terror groups like Hezbollah are gone with the wind.  Ditto for Tehran’s puppet government in Baghdad, making a stable federalized Iraq possible.

*Assad in Syria, without support from Tehran and it’s Revolutionary Guard, is toast.

*The Palestinians are hosed – at least those running Gaza and the PA.  Bibi in Israel, Sisi in Egypt, and MBS in Saudi will place Palis in charge they can work with, effecting an actual peace with the PA officially recognizing the sovereignty and existence of Israel.

*However you say “beaucoup deep kimchee” in Russian, that’s what Putin is in.  He’s not toast like Assad, but the only smart option he’ll have is to stop being the West’s and America’s adversary, and move towards a “historic rapprochement” with us.  At the first real sign from Putin of this, Trump will whisper in his ear that he’ll be the 21st century Peter the Great if he does and invite him to the White House.

*Peace will come rapidly to Afghanistan (albeit that doesn’t make it governable, that’s another story), as Pakistan aid to the Taliban is shut down.  Other Islamic criminal groups like Boko Haram in Nigeria will be dying on the vine. Radical Moslem groups in Indonesia, with the world’s largest Islamic population of over 200 million, will substantially weaken.

*Kiss burqas goodbye.  Women are leading the struggle for freedom in Iran, with their symbol one brave young gal who stood up to shed her hijab and hung it on a pole.

As TTP has argued for many years, Women’s Rights are the Achilles Heel of Radical Islam.  If the Mullah Regime falls, Moslem women will be freed around the world from being treated as chattel.

*As Syria and the Middle East cease being war-wracked, the hordes of Moslem “refugees” and “asylum-seekers” infesting Europe may now return home, with the opportunity to bring peace and prosperity to their native lands.

*So who’s the fly in this ointment, the exception mentioned above?  Erdogan, the Islamofascist Dictator of Turkey.  He’ll do all he can to screw all of this up.  He has to go, in a box or in exile.

Even with Erdogan gone, and the Mullah Regime falling like the Soviets, the consequences itemized here and so many others will be far from utopian.  There will be a lot of chaos, it’ll be messy, with any luck only some bloodshed instead of torrents.

But enough of caveats.  With the Fall of the Mullahs, with Freedom in Iran, we enter a world of extraordinary possibilities that don’t exist now.  One of the major and most principal threats to peace, freedom, and prosperity in the world will be gone.

The people who will deserve the lion’s share of credit will be, of course, the Iranians themselves, especially Iranian women.

Nonetheless, President Trump will be seen as a necessary ingredient in the mullah’s overthrow, for his support will have been the critical inspiration the freedom protestors had to have to persevere.  He will be, as he is becoming now, their hero.

Thus, the day may not be that far off when our President will go to Tehran, to speak at a million-strong throng of cheering Iranians massed at Azadi Square, to celebrate with them their extraordinary achievement of bringing freedom to their country and inspiring others around the world to do the same.

Can’t you hear him now, thanking them for their courage, telling them how proud he is of being of help to them, and saying to them, “My pledge to my fellow Americans was to Make America Great Again.  Now I pledge to you that working together, America and Iran will Make the World Great Again.”

This could happen.  It may not.  Yet it actually may.  Major world history may be unfolding before our eyes.  Pray for the heroic freedom protestors of Iran.