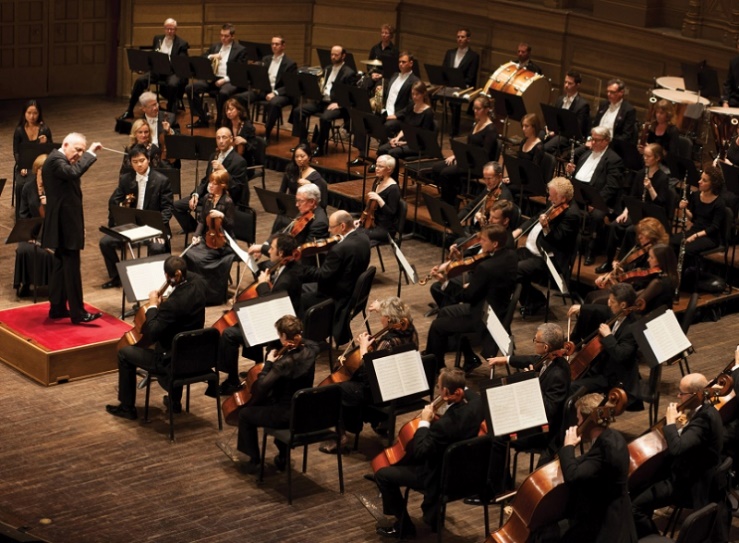 When classical musicians audition for a symphony orchestra, they play behind a screen.  They are completely anonymous to the committee on the other side of it, who knows them only by a number.  Those auditioning are advised to wear soft-soled shoes.  They are prohibited from speaking to the committee.

Prior to the audition, the musician is given a list of classical repertoire pieces from which he or she will be asked to play a number of excerpts, anywhere from one to three minutes of each selection.  The selections of music will vary depending on the player’s instrument.

When the audition is over, the musician leaves and waits to hear if he was chosen for further evaluation.  Subsequent auditions may again be behind a screen, and the performer may be asked to sight-read a piece of music he had not prepared.

This process is one of the fairest on the planet.  Not the age, sex, or race of the player is known to the committee who will be deciding which musicians will be chosen.  Candidates are selected on expertise, musical merit alone.

Obviously, the system of college admissions is the farthest from this level of fairness as it can possibly be, but what if it were reformed to be as fair?

What if students submitted their applications with only the most vital information: grades, sports, and extracurricular activities?  Perhaps not even their names as that can indicate ethnicity.

Then those students who seem a good fit for a particular college are asked to interview before a committee, but behind a screen.  Perhaps they are asked a series of questions to determine the quality of their undergrad education, which, as we all know, varies widely across this country.

Most college graduates today cannot pass a basic citizenship test based on our Constitution.  Naturalized Americans do better on those tests because they have studied for them.  Graduates of the most elite universities do worse on these tests than they did as freshmen.

American history has been jettisoned from most colleges in favor of the mandated race, class, and sex that “social justice” dictates that focus on victimhood.  Unless we are white males, we are victims from one minority group or another.

Once upon a time in America, all students had to actually learn things about World and American history; about actual science, not the junk science of global warming; and about basic economics, not Marxist claptrap.  Students are not learning anything important anymore; they are just being indoctrinated.

Listen for a few moments to Ocasio-Cortez speak on any topic; she knows less, thinks less critically, than any seventh-grader in the decades before tenured radicals took over academia.

This wholesale lack of real education at our most prestigious universities has led to a moral slide backward.  The all too acceptable rise of anti-Semitism on college campuses, for example, is shocking.

Even the once stellar Claremont colleges in California have embraced Anti-Semitism along with the rest of the tyrannical social justice commandments.  Pitzer College just voted to end a study abroad program in Israel.  Rashida Tlaib is on board.

The return to the segregation of campuses, demanded by the minorities, not Caucasians, is also a sign of a campus-supported adoption of old bigotries, albeit from those formerly discriminated against, those who have already won acceptance and equality.

Then there is the explosion of “genders,” lots of them on college applications, when in fact there are still only the original two sexes.

Our colleges, so desperate to be radically progressive, are now regressive in every way.

Most of all, their admissions practices are not one bit fair.  They are based not on merit, talent, or hard work, but on a list of wholly irrelevant characteristics.  The rich can purchase a place on an elite campus, while other students are recruited by ethnicity first, then sports ability, and lastly academic merit.  Asians are often excluded for being over-qualified.

If the symphony orchestra method of selecting players could somehow be put into practice by American colleges, these institutions might again be forced to actually teach.

Yet on our college campuses, books written by white men, including Shakespeare, have been discarded in favor of the works of a different spectrum — namely, race and sexual orientation.  Lovers of classical music do not care about race or sexual orientation.  It will never be relevant; it is the work that counts.

And it is the work that must count for college entrance and graduation.

There are colleges across this country for everyone.  Community colleges are a wonderful place to start.  If students were accepted to a college geared to where they left off in high school, without regard to race, class, sex, or wealth, American education might re-order itself toward actual education, even excellence.

Rather than the enforced mediocrity that is the byproduct of our current method that considers all the wrong things, dividing students by all manner of made-up categories that only do them harm.

Somehow, fairness and the appreciation for the work it takes to earn a place on any campus have been lost.

The admissions scandal of rich parents bribing people to get their kids into the “right” schools must stop.  Kids motivated to excel throughout their school years should be rewarded with admission to the school of their choice, not punished.

Let applications seek the basic information that matters.  Interview each student to determine if the information on the application is true.  It does not take a long conversation to discern how schooled, eager, and intuitive a prospective student is.

As MLK hoped, let their character count, not the color of their skin or the size of their parents’ bank accounts.  Orchestra committees listen not just for proficiency, but for the soul of the musician.