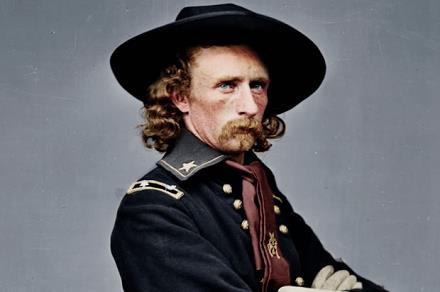 Christopher Columbus was an immigrant, but it hasn’t done him much good in the eyes of the Left. The Left in this case prefers someone like Elizabeth Warren, who can claim to be as much as 1/1024th “Native American.” Big whoop.

Perhaps the Left is consumed by massive anti-Italian prejudice—blaming pasta production and winemaking for releasing greenhouse gases, or something. More likely the Left hates Columbus because he planted a cross in the New World.

He was a Catholic and a representative of Western Civilization, so the Left—all those white liberals—would rather that Warren’s distant ancestors had chopped off Columbus’s head and torn out his heart, because liberalism, as James Burnham reminded us long ago, is the ideology of Western suicide.

Burnham made his point by looking at maps showing the spread of Western influence, and then its retreat. Liberalism, he argued, was the emollient force that justified and vindicated the decline (and eventual suicide) of the West.

What Burnham saw globally we can see locally in the Left’s unending attacks not just on Columbus but on traditional American history and heroes.

Beyond the ritualistic incantations of “racism” and “genocide,” the Left sees American expansion—geopolitical and cultural—as bad, (and points to Andrew Jackson and George Armstrong Custer as among its chief villains) and American retreat as good.

Obsessed by race and sex and “white male privilege” the Left gauges American retreat in largely racial terms—the “browning” of America—made even more exciting by the overthrow of “heteronormativism” with LGBTQWTF et al. education in elementary school.

But neither Andrew Jackson nor Custer is the villain the Left makes both men out to be. They were American heroes.

They were, above all, patriots. Both believed in America’s manifest destiny to rule the continent. That’s two strikes against them. The third is that both fought Indians.

Yes, that’s true, and they were witnesses to Indian atrocities. But Jackson adopted an Indian boy as his son, and Custer relished the company of his Indian scouts—he actually liked Indians, because the focus of their lives was the focus of his: riding, hunting, and fighting.

Both men took it for granted that the spread of Western Civilization, of American Civilization, was a good thing, even as Custer acknowledged wryly, “If I were an Indian, I often think that I would greatly prefer to cast my lot among those of my people who adhered to the free open plains, rather than submit to the confined limits of a reservation, there to be the recipient of the blessed benefit of civilization, with its vices thrown in without stint or measure.”

Jackson justified Indian removals on the grounds of preserving the Indians from endless war and possible extermination; Custer defended the Indians against the corrupt Indian Bureau agents.

Still, the Left wants to yank Jackson from our money and Custer from his pedestal.

Some soi-disant conservatives cheer this mob, on the oh-so-clever grounds that Jackson and Custer were Democrats. Well, so was Ronald Reagan, who admired both men, as did most Americans.

If you want two big, bold representatives of “the land of the free and the home of the brave,” Custer and Jackson are prime examples—two men who were physically courageous, instinctive master strategists and tacticians (Custer was made a brigadier general at age 23, and was blessed with “Custer’s luck”—until it ran out, as all luck must), who devoted their entire lives to the service of their country.

Their virtues—loyalty, courage, chivalry, a dedication to America’s founding principles—are no doubt out of fashion, except that virtue remains virtue, no matter how many tomatoes get thrown at it.

If America is not to commit suicide, we need to remember and honor our heroes like Jackson and Custer—and Columbus. We need a cultural MAGA movement to match the political one—grounded in a celebration of our past, and found not just in history books, but in novels, movies, and TV shows.

To win the culture war we need to recapture the imagination of this country, especially its young people, reminding them what it means—and what it meant—to be an American.

The most effective rebuttal of Leftist lies isn’t to be found in Adam Smith, as worthy as reading The Wealth of Nations might be, but in boxed DVD sets of “Gunsmoke” and “Maverick” and the best of John Wayne like “The Searchers,” “Hondo,” and “Red River;” Errol Flynn’s “They Died with Their Boots On,” Charlton Heston’s “The Buccaneer” and “The President’s Lady,” Clark Gable’s “Gone with the Wind.”

That’s what American culture used to be about—and it was a better culture.

We should remember how the West was won—and needs to be won again.