2 The Point News » Keeping Your Sanity » KEEPING YOUR SANITY_XVII 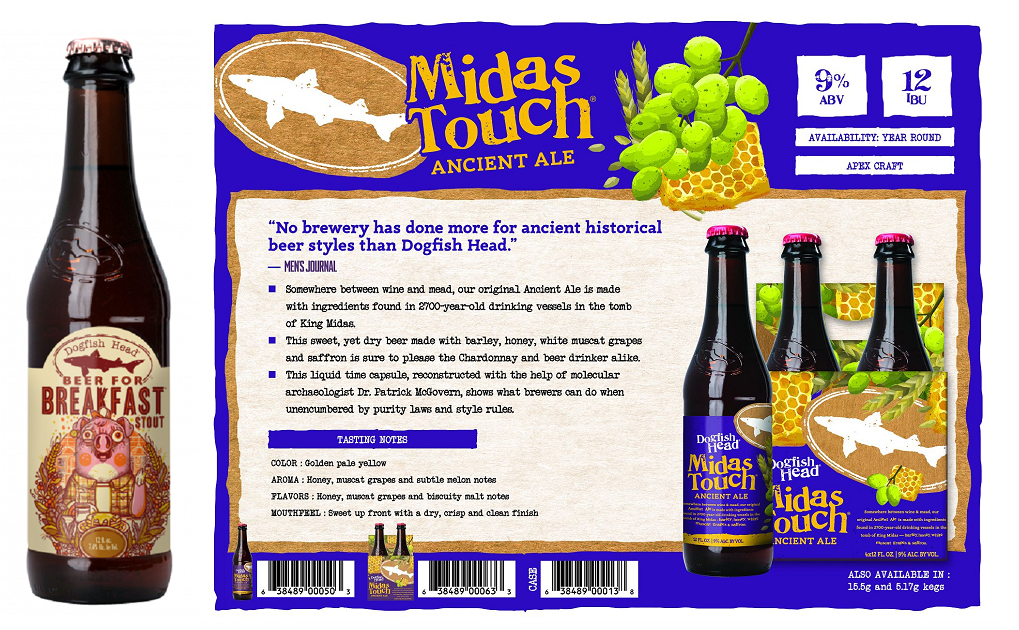 It’s true what they say about beer – it’s so much more than just a breakfast drink!

Yes, we are going to talk about beer and sanity. Sounds like fun – and this will be, in ways you didn’t expect. We start with a type of beer that’s become a ubiquitous craze among breweries and beer enthusiasts: IPA.

That stands for “India Pale Ale.” Does that mean beer that comes from India, or once did as a historical name? Neither – it was beer shipped in barrels from England all the way to India in sailing ships starting in the early 1800s. Wind-sailing London to Bombay all the way around Africa’s Cape of Good Hope took months – and the Brits figured out how to make it last so well the Brit colonials sweltering in India’s heat loved it.

The magic ingredient was hops. It’s an anti-bacterial resisting spoilage. It converts more of the fermented sugars into alcohol (less carbs). Plus, hops are psychoactive – they reduce anxiety and stress while acting as a euphoriant: happy hops!

So it’s not just the alcohol in the beer, it’s the hops in an IPA that makes you happier. No wonder all the brewery competition to make ever-more hoppier IPAs. There’s supposedly a measurement for this, IBUs – International Bitterness Units – that claims the more bitter the beer means the more hops. There’re all kinds of ways to fudge this – but certainly Coors beer water has an IBU of 10 – while fantastic Dogfish Head 120 minute IPA clocks in at 120 IBU.

Dogfish Head – named by 17th century British explorers for a headland on the Delaware coast – makes the world’s most interesting beer: Midas Touch. King Midas of the “golden touch” in Greek mythology really lived, 2700 years ago in central Anatolia (Turkey) – and smart scientists at Pennsylvania University figured out the recipe for the beer used at Midas’ funeral. You can drink 2700 year-old beer right now: 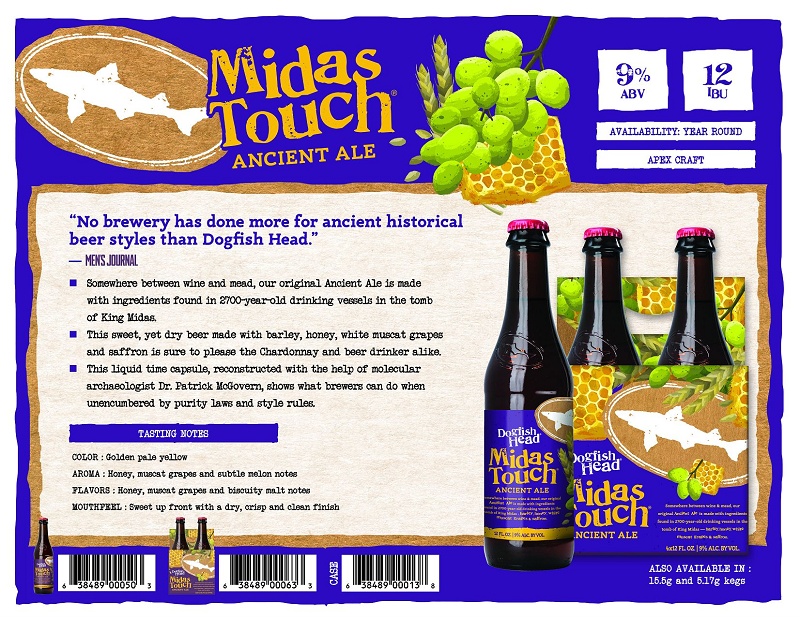 It’s ABV (alcohol content) is an eye-opening 9%. But, alas, its IBU is in the basement at 12 (King Midas didn’t have hops). However, there’s a fix for this.

Bulk Supplements sells a 250-gram packet of powdered Hops Extract for $16. A 1/8th teaspoon has 260 milligrams. Add that to a bottle of Midas Touch or your favorite beer and you have a euphoric IBU out the window – for less than two cents a pint (16 oz).

Note that the CO2 bubbles in the beer make the blood-brain barrier more permeable. Ever observe how much quicker people get tipsy on champagne than still white wine? It’s the CO2 bubbles, which will do the same for your extra hops.

Now what if you get carried away – have too much of a happy time so that you pay the price with a hangover from hell the next morning? It’s not the alcohol – it’s what the alcohol gets converted into: acetaldehyde:

“A product of the metabolism of large amounts of alcohol. The reaction is catalyzed in the liver by the enzyme alcohol dehydrogenase. The principal cause of the toxic effects of strong drink. Acetaldehyde is a powerful poison, considerably more toxic than alcohol, and is capable of damaging almost any part of the body.”

What you need to do is hijack the conversion, converting the alcohol into harmless acetic acid instead – ideally before, during, and the next morning after your indulgence. Here’s how:

*1 cap 300mg of benfotiamine, the fat-soluble form of vitamin B1

Acetaldehyde is very similar to formaldehyde – embalming fluid – in its molecular structure and chemical reactions. The joke that an alcoholic is embalming himself is literally true.

So now you can enjoy having a few beers with friends, feel happier than ever, keep your sanity and your health to boot. Have fun and stay sane!