2 The Point News » Keeping Your Sanity » KEEPING YOUR SANITY XXIX 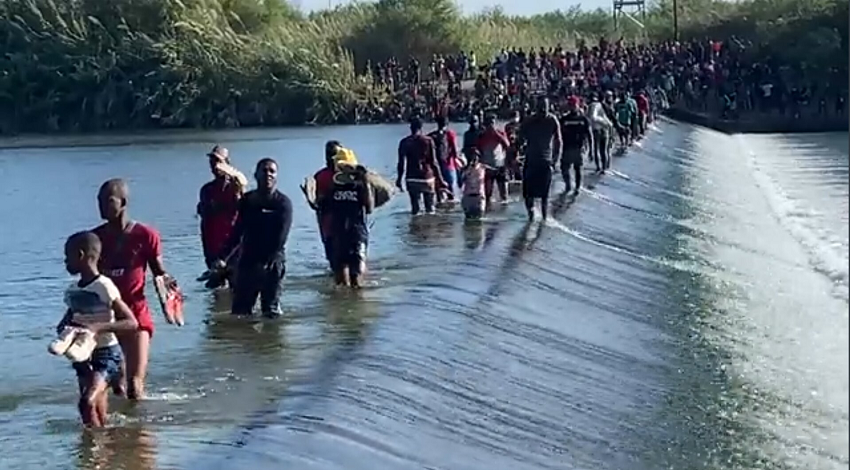 I just had lunch today with one of the biggest donors to the Republican Party.  Actually, that’s the wrong tense for he is no longer, he’s stopped giving them a dime.  The more he explained why, the more steamed he got. Here’s what he said.

“Jack, I have completely lost it with these candy-asses.  And I don’t mean just those on Capitol Hill.  I mean those in governor’s mansions, specifically those in Austin and Phoenix.  Yes, I mean Governors Abbott and Ducey.

I’ve talked to Kelli Ward (Chairman of the Arizona Republican Party) and Mike Brnovich (AZ attorney general), plus Matt Rinaldi (Chair Texas GOP) and Ken Paxton (Texas AG), begging to their governors to grow the stones for what it takes to shut this Democrat invasion of illegals down.

And this is what it takes:  to call out their states’ National Guard and state police to close their borders down with Mexico.  Nobody crosses, period – and okay, well-examined commercial trucks carrying products and food exempted.  Anyone caught is immediately sent back to Mexico.  Any buses, cars, trains, and planes the federalies are using to ship illegals around or out of the states are impounded, with the illegals physically returned to Mexico.

Now here’s where the rubber meets to road.  Any federal judge’s injunction against this policy, any order whatever from any branch of the federal government to stop this and let the invasion continue is, by order of the governor to be ignored.

This is the absolute critical tipping point, because it will demonstrate the powerlessness of DC to order governors around.

If the President federalizes the state’s National Guard, again the governor tells the White House no, and what does Xiden do?  Send in the Marines under the Insurrection Act for them to force the un-protection of national borders from illegal invasion?

If Xiden orders all federal monies due Texas and Arizona suspended, the governors order the impoundment of all federal tax revenue collected in their state.

Abbott and Ducey have got to understand they will be national heroes if they do this, that the Constitution is on their side, not the impostor in the White House.

And you know what?  Right now is the perfect time.  Last week (9/23), this CommieDem federal judge issued a permanent injunction against Texas state troopers stopping vehicles carrying illegals.  What an opportunity for Abbott to order this ruling to be ignored!  To start full enforcement of border protection laws the feds refuse to enforce themselves.

To force upon this Anti-American Deep State government of Fascist Treason the constitutional crisis we have to have to rid our country of this pestilence!

Once this is done by Abbott and he has the moxie to withstand the deluge of woketard hate-hysteria against him, he’ll be an inspirational hero enabling other GOP governors to start kicking illegals out of their state and back to Mexico too.

So, Jack – I’m not giving Abbott or Cruz or the RNC and all the others I donate too one damn dime until this happens.  If enough donors join me, Abbott might do the right thing because he’s the key.  As goes Texas so goes the country.

So, Jack – tell your readers to get the word out… the time is now for Gov. Abbott to protect his border with whatever it takes and tell Xiden and his fascist federalie judges to go straight to hell.  America’s survival is at stake, and he is going to make sure it lives and doesn’t die at their treasonous hands.”

All I could say to this was, “Amen.”  I hope that’s what you’ll say too, and what you’ll do is follow his advice.  It’s positive action that can help keep your sanity.