2 The Point News » Keeping Your Sanity » KEEPING YOUR SANITY XX 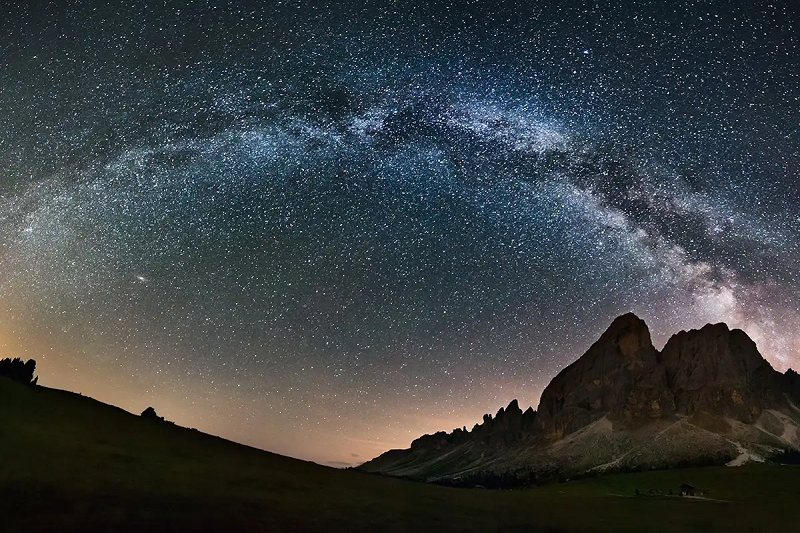 This is our home in the Universe – or one small part of it we call the Milky Way, galaktikos kýklos or “milky circle” for the Ancient Greeks.

As we know now, our Earth within our Solar System resides in an outer arm of the Milky Way Spiral Galaxy – which has a diameter of at least 100,000 light years (100,000 times 6 trillion miles across), containing hundreds of billions of stars and at least that many planets.

And as we know now, our galaxy is one of at least 200 billion others spread out over an observable universe that is some 93 billion light years across and is around 13.7 billion years old. 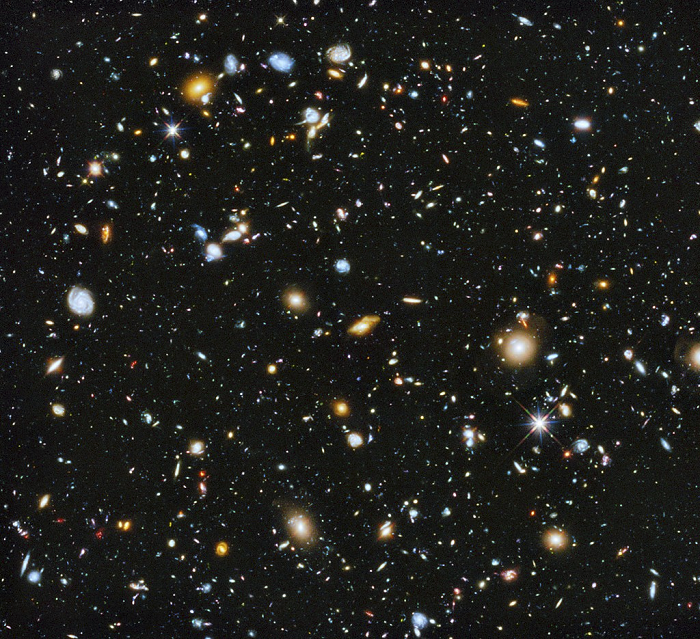 Everywhere the Hubble telescope looks, there are galaxies in uncountable profusion.

So here’s a question about all of that:  What is the single most important fact in the entire history of the Universe?

I’m going to wager that the answer will astound you.  For the answer is……

Have you ever considered how astronomically improbable it is that you exist?

No matter how many children a mother and father may have, each child is different from the others (identical twins excepted).  Every human being is created by only one out of millions of the father’s sperm fertilizing one of the tens of thousands of eggs of the mother (hundreds of thousands at puberty down to some 30,000 by mid-thirties).

It is only upon fertilization and sufficient embryonic development that Westerners believe a soul is acquired – as originally believed by Aristotle which formed the ensoulment beliefs of Augustine and Aquinas, and thus the Christian Church.

Thus the West has for thousands of years rejected pre-existing souls progressively reincarnated into baby humans.  Each one of us is as uniquely valuable as the structure of our DNA makes us biologically unique – our body and soul never having existed before and never will again.

That’s you.  Your existence is literally astronomically miraculous.  Yet we’ve just started this saga.  For the existence of any living organism is equally so, at least biologically.

The staggeringly awesome difference between human beings and every other life form is our capacity for self-consciousness.  No other species is aware of its existence as are we or can be.

No male and female lizard looking at the setting sun say to each other, “Wow, beautiful sunset, sweetheart.”   No lion sitting underneath an acacia tree in the Serengeti says to himself, “I really love being a lion.”

Flowers do not exist for our sake, having evolved as a means of plant reproduction way over a hundred million years before we came along.   They use colors (some of which we can’t see like ultra-violet but bees can) to get the attention of pollinators like bees – “Hey, look, here’s where’s the stuff to make honey is!”

No daddy elephant swoops up a trunk-full of flowers to take to mommy elephant to celebrate the anniversary of their first mating – with her responding, “You’re so sweet to remember, darling!”

Animals have no choice but to unselfconsciously run their genetic programs.  We all have that choice.  So now I would like to suggest a way to express it that I have found is a way to feel inexpressible joy no matter what moral idiocy woketards running my country are engaged in.

It builds upon the very start of this series, Keeping Your Sanity I, dated January 18, 2021 on the eve of the political and social nightmare we all have been enduring since January 20.  I could not encourage you more to re-read it again.

It’s about a daily ceremony at dawn I perform called Living in gratitude for the privilege of existence.  I’ve added to it this overwhelming awe of the miraculousness of having been born, of being a part of humanity, of human history, of the clouds and sky and stars and the universe.

“I am a part of this!” I silently shout with arms outstretched embracing all before me, with joyful humility.

Really truly deeply down to the core of your soul feel this 100 percent.  Your existence is the most important fact in all existence for without it, you would be aware of none of it, appreciate none of it, be a part of none of it – because you never would have been born to begin with.

Nothing would be important to you for there would be no you.

This is the opposite of egoism – for the same is true of every other human being possessing self-consciousness. Their existence is the most important fact in the universe – for them.

It is this moral individuality that creates the individual moral rights embodied in our Declaration of Independence – and makes the founding document of America the most moral political statement in the history of mankind.

We are now today being subjected to the rule of those depraved enough to reject this.  But in a profound sense, that is their problem, for you can remain joyful and free in the depths of your being and soul.

I am going to leave at this point.  This Sanity XX will be the last for a while. Periodically, there will be others – but there’s only so much time in a week, and, frankly, there’s not an unlimited number of weeks when you’re 77.  So I have a Monday replacement.

I’ve learned that the best way for me to write a book these days is to serialize it on TTP.  That’s how I wrote The Jade Steps.  That’s how I got so much done writing No Fear of the Evil Eye until political considerations caused a hiatus.

The book I am now writing is The Father-Son Adventure – a recounting of adventures I took Brandon and Jackson on when they were young as an inspiration for parents to do the same with their kids.

But I need deadlines.  So next Monday, you’ll see the start of this book.  I’ll greatly appreciate any encouragement to help me get it across the finish line a few months from now.

It’s with reluctance that I do this, as I know this Sanity series has been of help to many.  If it has to you, you might take some time to peruse the series, then let me know what new topic you think would be useful in keeping us sane. There will be a future Monday when we’ll discuss it.  Deal?