2 The Point News » Keeping Your Sanity » KEEPING YOUR SANITY XII 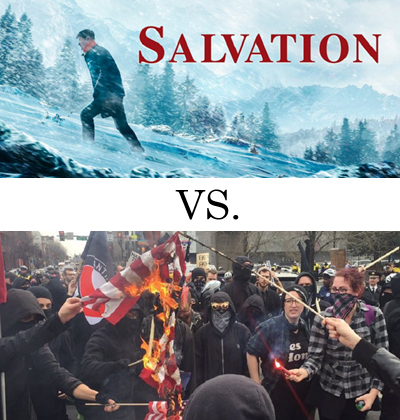 The day after Easter is a good day to talk about salvation and outrage.

For it’s an important component of keeping your sanity these days to understand why so many fellow Americans are poisoning their souls with a constant outpouring of hate, anger, outrage, and the demented desire to destroy the lives of those they disagree with.

From Dr. Seuss to statues of Abraham Lincoln, they are constantly on the lookout for something to be outraged about, something to tear down and demolish.  It is fascist evil insanity – what could be its source?

The Left is always talking about “root causes” of social evils, so let’s talk about theirs.  Let’s start with the distinction philosophers make between repentance and remorse.

To genuinely repent of what you feel guilty of is soul-healing.  To wallow in remorse with no repentance is soul-poisoning. Now what if you feel there is no possibility of repentance or forgiveness, that you’re in a metaphysical trap from which there is no escape for the entirety of your life?  You could go out of your mind with existentialist anger.

One of the root causes of so many on the Left feeling this way is an abandonment of Christianity without finding anything with which to satisfactorily replace it. This is the case with perhaps the most famous exemplar of Western intellectual remorse, French Existentialist philosopher Jean-Paul Sartre (1905-1980).

Sartre began as a devout Catholic.  The fundamental proposition of Catholic Natural Theology as codified by St. Thomas Aquinas is that God makes sense of the world: if there were no God the world would be absurd; the existence of God is required to explain the existence of the world, the universe and all that is in it.

Sartre came to believe there is no God.  He concluded that the world is absurd and irrational, its very existence has no rational explanation.  The basic premise of Sartre’s Existentialism accepts the basic premise of Catholicism.

In the same way, Lefties reject traditional Christianity.  Rarely do you find political “progressives ” or “liberals” who are also fundamentalist or evangelical Christians.  Yet they still retain a subliminal belief in the basic Christian theory of Original Sin.

The Doctrine of Original Sin as codified by St. Augustine is the fundamental proposition of traditional Christianity: that all human beings are infected with the sin of Adam and Eve as their descendants, and as such are doomed to perdition as their ordained fate; that only the grace of Christ can rescue them.

By secularizing original sin, Lefties allow it to leak out of its Christian container of acceptance through divine salvation, whereupon it eats away at their souls, staining it with a spiritual tattoo which can never be removed.

One of the most ancient and widespread convictions of most cultures known to history and anthropology is that one’s life is made most meaningful through sacrifice and suffering.

The genius of the concept of Original Sin – the core concept of Christianity – is that it lifts the terrible burden of this conviction from people.  The sacrifice and suffering of Christ on the Cross “saves” anyone accepting it from having the burden upon themselves.

By secularizing original sin, progressives or liberals can never repent, they remain forever “un-saved.”  This sense of ineradicable guilt is a major source of their bottomless anger towards themselves, their white skin, their society, their culture, their country, their civilization.

What happens when you believe in Original Sin yet reject Christianity’s salvation from it?  The most politically correct option of the moment is to believe in man-made/our-fault global warming, aka “climate change.”

But “Gaia” doesn’t forgive, she only punishes.  Which we deserve, for we have sinned.

The vast majority of global warming fanatics are from Western cultures.  Not a lot of Chinese or Hindus or Moslems are in a tizzy about it. These fanatics are almost all ex-Christians, born and raised in a Christian culture which they grew up to reject.

Global Warming/Climate Change is a secular religious cult impervious to facts, evidence, reason, and logic.  It’s the libtard-woketard replacement for Christianity – we have sinned against Nature instead of God, and can never be saved because Lefties don’t believe in Christian Salvation – and are thus eternally screwed. 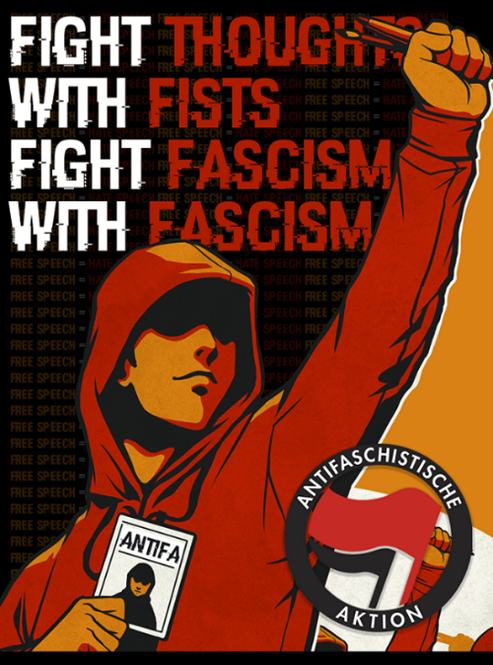 One solution to the lunacy is to organize a Christian missionary movement to evangelize the tormented Woke.  Bringing them to Christ could heal their souls – and save us from them.