KEEPING YOUR SANITY BY UNDERSTANDING SELF-ESTEEM 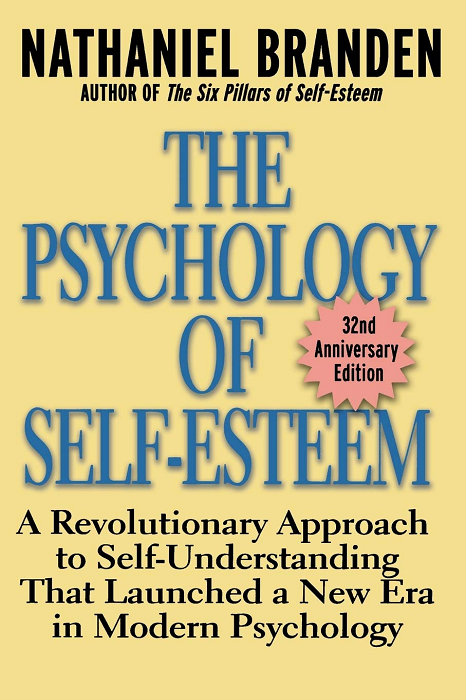 In a study by Jean Twenge of San Diego State University, she found that college kids today are more likely to call themselves gifted and driven to succeed, while their test scores and hours spent studying are decreasing. Their tendency toward narcissism has also increased over the last 30 years.

Today I want to look at what I consider one of the sources of this trend: the phony self-esteem movement.

Many years ago, when I was young psychology graduate student studying with Nathaniel Branden, I remember him talking one day about how he had been invited to be part of The California Task Force to Promote Self-Esteem, led by California State Assemblyman John Vasconcelos.

Nathaniel couldn’t see why he would be involved in that, since he did not see a role for government in the development of self-esteem. Nonetheless, the Task Force carried on, and created guidelines for building “self-esteem” in a way that Branden would never have advocated.

According to a New York Times article about the study group in October of 1986:

“Mr. Vasconcellos, a 53-year-old Democrat, is described by an aide as ‘the most radical humanist in the Legislature.’ Mr. Twombly said the study group was an attempt by the Assemblyman to translate into political action his 20 years of ‘personal emotional work’ in various forms of psychological therapy at Esalen Institute near Big Sur and other places.

‘I’ve explored a lot of alternative ways of being and relating,’ Mr. Vasconcellos said. The bill that created the 25-member study group says its aim is to compile ‘the world’s most credible and contemporary research regarding whether healthy self-esteem relates to the development of personal responsibility and social problems’ such as crime, drug abuse, teen-age pregnancy and welfare dependency.”

Whether it was Vasconcelos’s intention or not, the model of self-esteem that the task force has effectively encouraged was the one that my favorite social psychologist Roy Baumeister showed did nothing to improve a person’s happiness, success, or character.

The common definition of self-esteem, and the one used for research purposes, is, “feeling good about yourself.” By that definition, the population with one of the highest levels of self-esteem is criminals (I’m not kidding, they feel great about themselves!).

In contrast, Branden’s self-esteem is “the reputation we build with ourselves;” or put another way, it’s earned self-esteem.

Branden’s self-esteem is much more complex and involves many different facets – which also makes it very difficult to study as a distinct quality. In fact, self-esteem as Branden describes it has not been studied, which makes the term difficult to use as he used it.

The differences between these two visions could not be more consequential. It is the difference between inflating a student’s grades so that their self-esteem is not injured, versus giving a student clear and honest feedback on their performance so they can take the action they need to improve.

It’s the difference between praising a child for simply being in a situation, and praising them for the effort and focus they bring to a situation.

It’s the difference between encouraging a fixed trait mindset versus a growth mindset.

With a fixed trait mindset, a child’s positive self-concept becomes fragile. Let’s say they think of themselves as “brilliant.” What happens if they do poorly on a test at school? They’re brilliant, right? If they do poorly, then by this logic it must mean that they’re not so brilliant, and their inflated self-concept can be crushed.

In the same way, an inherently “talented” artist, musician, or athlete should be great at everything they do, regardless of how much work they put into it. Any setback to this scenario can be a devastating blow to the fixed trait self-concept.

With a “positive” fixed trait mindset, the easier something comes to you, the more that confirms the trait; the harder you have to work at something, the more that label is thrown into doubt.

This translates into behavior: a person with a fixed trait mindset will tend to avoid challenges, give up easily, and collapse in the face of failure. This all follows very logically from the fixed trait mindset: Why challenge yourself? The brilliance or talent has already been established, the best you can do is confirm it once again, while any shortcoming can be devastating.

This is exactly what the “self-esteem movement” championed by the California Task Force to Promote Self-Esteem has helped to grow in our kids. I suspect that the higher levels of depression and other psychological troubles and the inflated sense of entitlement that we see today in college age kids and young adults may have something to do with this.

In contrast, if you think of self-esteem as “the reputation that you build with yourself,” then by that very definition it is something that must be earned. More importantly, it is also something that can be earned – which makes pursuing excellence, confronting challenges, and bouncing back from adversity very attractive and exciting endeavors.

Success can be achieved, the problems along the way solved; you’re not at the mercy of luck or inborn traits.

This is analogous to Dweck’s growth mindset.

Indeed, when people have a growth mindset, they tend to be excited by challenges, energized by the pursuit of excellence, and they also tend to come back strong after experiencing failure.

In short, if you want to truly enhance a child’s self-esteem, don’t dwell on their gifts, talents, and intelligence; focus instead on their actions. Give children tasks that are challenging, hold high expectations for the work they do, teach them the joy of facing difficulties and overcoming them with hard work and discipline.

Get to know them, see them for who they are, and praise them for what they put into something, not whether they happen to be gifted.

You do a child no good by praising how wonderful, talented, gifted, brilliant, or beautiful they are. These are things they have no control over, and they know it. It’s like praising them for their eye color. All the ribbons and certificates and medals given to children for “being a great participant” mean nothing, particularly when a child knows darned well they did nothing to earn it.

You don’t have to deny a child’s brightness or talent, but your focus should be always on what they do with whatever their abilities and circumstances are. Teach them to earn their achievements, challenge and support them to dive into what they’re doing with enthusiasm, curiosity, focus, and hard work, so they can see what they are capable of.

Real, earned self-esteem is not something that can be given to you by another person; it is a reputation that you build with yourself over time, and through conscious thought and action.

John Vasconcelos’s Task Force was a typical politician’s attempt at a short cut; more effective in giving politicians a sense of meaning and accomplishment for having made people “better” through forcing certain behaviors through law.

PS: A Master’s Course in Happiness can help you to take charge of your habits and your life in ways you may not have thought possible; and my new course, Mastering Emotions, Moods and Reactions can help you grow a deep understanding and practical skills for mastering these systems and living well.