KAVANAUGH’S SHOT HEARD ROUND THE WORLD

The showdown between the fabulist Chrissy Ford and the righteous Brett Kavanaugh couldn’t have come at a better time.

As we approach the crucial midterms — which will decide whether the president has two more years in which to fulfill his restoration of the Republic, or be subjected to the likes of Spartacus Booker and Stolen Valor Blumenthal — it laid bare the stark divisions in a country that seems to be coming apart.

On the one side, Mrs. Ford, a practitioner of “psychology,” of a lesser form of Viennese Voodoo that masquerades as a social “science” and seems to channel folks in need of its services into the ranks of its purveyors.

The little-girl voice, the upturned question at the end of each reply, the absolute certainty about absolutely nothing — this is the couch-riding Left at its most repellent. 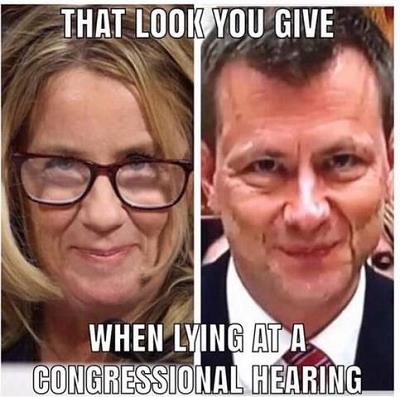 On the other: Judge Kavanaugh, a man defending his life, his career, his reputation, his family, his faith, his future, and that of the country.

On the one side, the standard Democrat rainbow coalition of minorities. On the other, a bunch of old white guys.

One the one side, a largely irreligious collection of urban big-state politicians. On the other, senators of varying religious professions from rural communities and states.

On the one side, Anti-Americans, who believe the country must turn its back on the Founding and all its principles, and move toward the oxymoronic “democratic socialism.”

On the other: traditional (i.e. real) Americans as we’ve long understood the term.

Watching this farce — entirely scripted and orchestrated by Sens. Chuck Schumer and Dianne Feinstein and retailed to an indoctrinated public via a media that has moved beyond simple ideological corruption to become the official mouthpiece of the Democrat Party — it’s difficult to see how the country stays together absent some sort of crushing blow that ends this Cold Civil War.

After this morning’s vote, in which the Republicans on the Judiciary Committee acted in solidarity (as did the Democrats), it’s clear now that Kavanaugh will get his vote in the full Senate, and that he will be confirmed, probably with around 53 aye votes. But the size of the vote won’t matter — it’s the fact that it will happen that counts.

For Republicans couldn’t afford to roll over on this one; for the first time in a long time, the reflexive charges of some form of “-ism” didn’t send them scurrying.

Were they to have done that, what’s left of the minority wing of the Permanent Bipartisan Fusion Party would have been utterly annihilated at the ballot box — even the two “centrist” lame ducks, Corker of Tennessee and Flake of Arizona, neither of whom stood the slightest chance of re-election, have now said they will vote for Kavanaugh, although, typically, Flake has attached the string of a continuing FBI investigation before he can commit to vote Yes on the floor.

In response to the orderly working of our constitutional system — the FBI is an investigative agency attached to the executive, not a part of the judicial branch — and long-held basic principles, including the burden of proof on the accuser, not the accused, and the right to face one’s accuser, the Democrats chose with malice aforethought to make war on the Constitution.

They also make war on the language, throwing around terms like “survivor” in a context that means nothing of the sort, and “bravery” for simply showing up, reading a prepared statement with your lawyer present, and taking a few gentle questions.

This may be the kind of “bravery” that someone like Sen. Richard “Stolen Valor” Blumenthal of Connecticut, better known as Sgt. Toys for Tots, can appreciate, but few others can.

It’s great that they’ve now dropped the mask and revealed themselves to be truly who they are. They are, in fact, everything Lindsey Graham, in that remarkable outburst yesterday, said they are.

And yet the Democrats didn’t, don’t, and won’t care that the whole country sees past their disguise. So what happens now?

Their dead-ender protesters will gather. Republicans will continue to be harassed in public.

There may be violence — not that there hasn’t been already. This has gone beyond Judge Kavanaugh now — he has become a symbol of everything the weak-minded and the easily led, those whose senses and lists of grievances drive reason from their minds, have been carefully taught to despise.

In their madness, they are driving the country further and further apart emotionally, and yet at the same time pushing both sides ever closer to a final confrontation.

What Kavanaugh did yesterday, in his flashes of anger and hurt and indignation, was to strike a return blow. After years — no, decades — of near-constant Democrat provocation, someone finally punched back. It was the shot heard round the world — the first, maybe, but not the last.