KAMALA AND RELIVING THE AGE OF LINCOLN 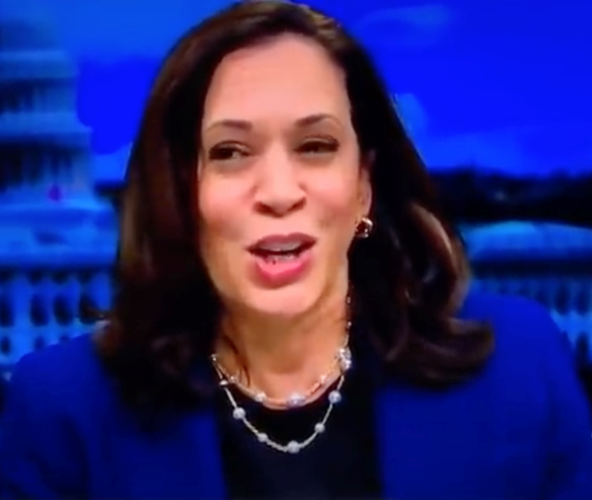 “From fanaticism to barbarism is only one step.”
—Denis Diderot (1713-1784) – leader of the French Enlightenment

Tonight (8/19) at the Virtual Democrat Convention in Milwaukee, Kamala Harris will virtually accept her party’s nomination for Vice-President (she will be in Chevy Chase, Maryland at the time).

Joe Biden’s handlers opting for Kamala Harris as his running mate is downright entertaining. It’s as though they let Trump choose Biden’s V.P. candidate.  Harris polled near the very bottom of all the Democrats who threw their hat in the ring as presidential wannabes.

Harris is a complex “woman of color” and not in the least a victim despite her presidential debate pose as a little girl bussed to escape the segregationists of Berkeley, California.  Her mother is Indian, her father Jamaican, a man who has written publicly about his ancestor who was a slave-owner.

Harris is not African-American, and like the rest of the black women considered by Biden’s handlers, she is married to a white man.

That in itself speaks well for them, that skin color is irrelevant when selecting a mate, but it won’t sit well with the virulent anti-white racism of the BLM crowd.  It does not speak well for the Biden campaign that his V.P. candidate had to be a black woman; race was the definitive criterion, over and above character and merit. How racist can you get?

Of all the women among consideration, Harris has the greatest dearth of character, her climb to higher office having been with the aid and comfort given to powerful men.  Like Biden, she is a puppet and will gladly say and do whatever the puppet masters demand.  Despite her background as a prosecutor, like Biden, she will defend the looters, the anarchists, the thieves, arsonists, and murderers.

The left as constituted today has brought us to the brink.  Biden and Harris are both creatures of this belief that anarchy will work in their favor.

Trump is the only man standing between savagery and the civilized society most of us have taken for granted for all our lives. We are reliving the age of Lincoln, when the Democrats were willing to destroy the country to preserve slavery.

Our Democrats today are similarly willing to destroy the country to defeat the man who is trying to preserve the Constitution and the liberty it guaranteed for all.

This election is every bit as critical as the election of 1860.  Will the United States still stand as a constitutional republic, or will it devolve into the socialist/communist country the left seeks to impose upon us?