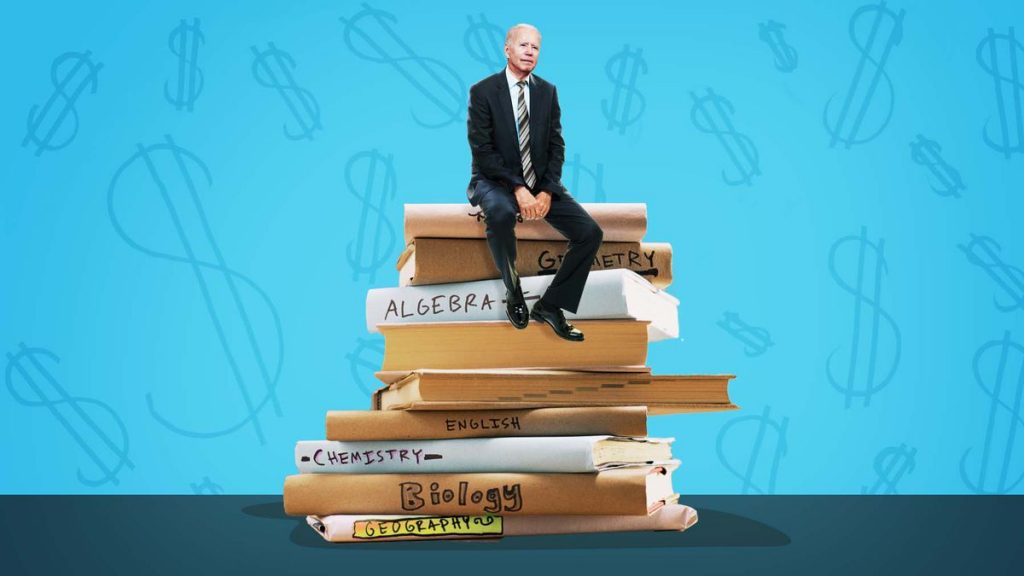 As President Obama used to say of his clownish vice president: “Don’t underestimate Joe’s ability to f— things up.”

Let’s set aside the issue of the legality of the matter.  The actual execution of the matter is Joe in Action.

The implementation of President Biden’s widespread, income-targeted student loan forgiveness is shaping up to be a bureaucratic challenge for the Department of Education.

Why it matters: Millions of Americans are in limbo waiting for information on how to take action on student debt relief — the success of which relies largely on an agency juggling unprecedented changes, on top of other reforms.

What we’re watching: StudentAid.gov, the government’s financial aid website, experienced significant delays Wednesday and Thursday after it was inundated with people seeking information on loan forgiveness.

More importantly: When will borrowers actually see the relief?

…and it just keeps getting worse, detail after detail, the further you read.

To recap some of the salient Joe-ups:

They don’t know the incomes of nearly all of their borrowers.  Helloooo, corruption — just like all the COVID relief cash that got handed out to fraudsters.

They blew out their own website based on the high volume of traffic from those seeking the $10,000 debt freebie.  Seems that Joe took the Obamacare rollout fiasco as a model, not a warning.

They never set up a special website for this matter at all before the debt forgiveness plan was announced, which might have saved the rest of their website, and they still don’t have any plans to do it.  Plan?  What plan?

They have no idea how many people will apply for the $10,000 freebie.

They have no idea what it will cost.

…and the list of chaoses and incompetences goes on and on and on.

Axios is a news agency composed of the young leftist urban hipsters most likely to get the student-loan debt amnesty, so of course they’d be on to this matter.  All the same, it’s a valuable bit of reporting.

Press conference first, details can work themselves out, somehow, by someone or other, later.  That’s pretty much the Joe Biden governing style.

It happened when Biden announced his “pause” on deportations at the border, as well as the suspension of the “Remain in Mexico” policy, his halt in border wall construction, his end to Title 42 COVID expulsions, and his abrogation of already negotiated treaties with Central America — surprise, surprise — the migrants came.

It happened when Biden canceled the Keystone XL pipeline at the stroke of a pen, as well as federal drilling contracts, and surprise, surprise, prices went up at the pump.

It happened when Biden announced his hasty pullout from Afghanistan — from the Kabul airport instead of the away-from-everything Bagram air field — and found himself surprised that the airport was mobbed with survival-of-the-fittest aggressive migrants seeking a free ride to America, while Americans and Afghani collaborators were left behind.

This is his governing style and why catastrophes happen again and again.  Biden just announces the sweeping policy changes he wants, Hugo Chávez–style, and then assumes others will work out the deets instead of breathe the unicorn fumes with him.

Biden has no grasp of how his huge policy moves for his favored special interests affect human incentive.  Hugo Chávez used to do that, too.

This is why Biden’s constantly being taken by surprise as the inevitable chaos follows.

It’s disgusting stuff, given the scope of the chaos and corruption that will be coming from this incompetent measure.  While the likely resolution of this will be $10,000 checks handed out to every borrower who asks, regardless of income, what may end up happening is that many borrowers will get stiffed on small technicalities, particularly as the federal bill piles up and the money pots run out.  That will lead to a whole lot of negative stories in the press as well as a lot of embittered student loan borrowers.  The political hay for Joe?  Not gonna happen.

We’ll just be left with the debt as Joe goes on to make another mess.