2 The Point News » Guest Authors » Members Only » IS IT OVER FOR JOE ALREADY?

IS IT OVER FOR JOE ALREADY? 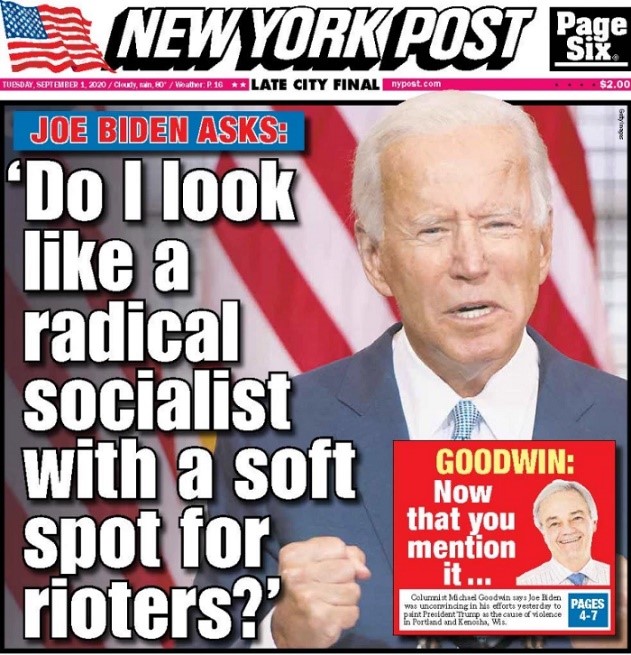 Yes, he actually asked this question to his audience yesterday (8/31) in Pittsburgh on his first “campaign stop” rally since emerging from his basement.

The words “audience” for his “rally” need to be in sarcasm quotes, as only a few dozen people showed up along with seven reporters.  How pathetic can you get?

Joe Biden is in the Catch-22 of his political career. If he stays in his basement, he faces the legitimate question of whether he’s fit — both physically and mentally — to assume the duties of the presidency. If he hits the campaign trail, he runs the risk of… Pittsburgh.

The latter wasn’t a pretty sight. At all. Put another way, Joe had a very bad day in Pittsburgh. A really bad day.

His speech went far beyond simple gaffes and pregnant pauses. A performance that left little doubt. Joe Biden is in decline.

Worse, Biden’s decline is accelerating, seemingly every time he steps up to a microphone. Garbled words and forgotten thoughts are now replaced with entire nonsensical sentences. Even worse, he doesn’t even seem to realize what he just said made no sense at all.

Here’s a short example. As Biden was rifling through the “crises” America has faced under Donald Trump, he identified one such crisis as “the birth of the right American future.” He had no idea what he just said made no sense whatsoever, even given that he said it for political expediency.

Among other nonsensical things Biden said in front of a very sparse “crowd” was this gem, which got the attention of Eric Trump.

“Covid has taken this year, just since the outbreak, has taken more than 100 year [sic], look, here’s, the lives, it’s just, it’s ju-, I mean, you think about it. More lives this year than any other year.”

This is why the Biden campaign doesn’t want him to leave his basement — this guy isn’t playing with a full deck and it is so irresponsible that the media covers this up… pic.twitter.com/HJ2dJI3jpx

Yes, “you think about it.” You think about what just came out of the mouth — the brain — of a soon-to-be 78-year-old-man who wants to become the most powerful man on the planet.

You really think about it.

Someone else who thought about it was conservative actor James Woods, who took a humorous approach to a troubling pattern.

“I hope they’re going to publish a Biden-to-English Dictionary before the debates. Oh, wait… pic.twitter.com/Wlvubw2Uqt

As news and video of Biden’s very bad day in Pittsburgh began to spread on social media, many of the normal “gaffe jokes” gave way to legitimate concern about his obvious decline.

“I don’t care what side we’re on but what Biden’s family & the DNC is doing to him is elder abuse. It’s sad to see a person losing his mind. Harris humiliated him during the debates & on the campaign trail but now fakes acting like she supports him. He’s everyone’s puppet. Sad.

Dude, that’s not stuttering. He didn’t used to sound like this. I don’t have a dog in this fight, I’m Canadian but come on. Unless he has a script he sounds senile, he won’t have a script at the debates. If he loses the DNC can only blame themselves.

In all seriousness, this is very sad. We’re in medical ethics territory now. I’m not trying to be funny.

Republican activist Brandon Straka, a former liberal and co-founder of the WalkAway movement reacted, as well.

“’OMG. This isn’t a mispronunciation or stumbling over a few words. This is really bad.’

Brandon, he’s to the point he is having difficulty reading the teleprompter.
I’m not saying this as a joke, even though it’s America’s pastime.
My mom went through this with her dementia. She now cannot write her own name.

National Security News posted a video of an interview Biden did just four years ago, in a stark contrast to his performance yesterday.

“These aren’t gaffes, this is a clear case of cognitive decline. This is an interview he did just four years ago listen to how coherent and quick he is. Can’t tell us there is no difference pic.twitter.com/KsSNk7dawg

“Even though I don’t support Joe, it is sad to see his mental decline. Looks like he may have dementia. My grandpa had dementia and died recently. It is a truly sad, deteriorating disease to see a loved one have. My grandpa wasn’t the same near the end, really heartbreaking.

“Would anyone let this man handle their checkbook. He is incapacitated. I really don’t think he will make it to the election. His family needs to stop this. It’s truly sad

“When your grandma starts acting like Biden the family takes away his car keys. Meanwhile Democrats are trying give Biden the most powerful job in the world. It’s sad & if Democrats don’t care about Biden’s well being then they definitely don’t give a damn about yours.

This person offered up a “diagnosis” of Joe’s condition.

“There is something called Wernicke’s Aphasia that we often see in brain injured or stroke patients. Their communication, sentencing, and finding the right words is off. This man is not well.

And on it went.

There were the usual responses we see every time Joe flubs a word or a sentence, here or there. I’ve purposely left them out, in favor of tweets expressing genuine concerns about — and for — the guy.

Genuine concerns about how or why the Democrat Party, even his wife, could allow him to continue. Those concerns are real, and they raise real questions.

Again, ot’s one thing to garble or a word or two — maybe an entire sentence every once in a while. But to mangle an entire paragraph, and not even be aware of what just happened? Immediately after the garbled words just left your apparently garbled brain?

Something is wrong, here — and it’s getting worse.

Joe Biden — regardless of his politics — in unfit to serve as President of the United States. Worse, people who truly care about him should put an end to the charade — both for him, and for the country.

Mike Miller is a former senior writer and editor at Independent Journal Review.