2 The Point News » Adventure/Explore » INSIDE GIBRALTAR 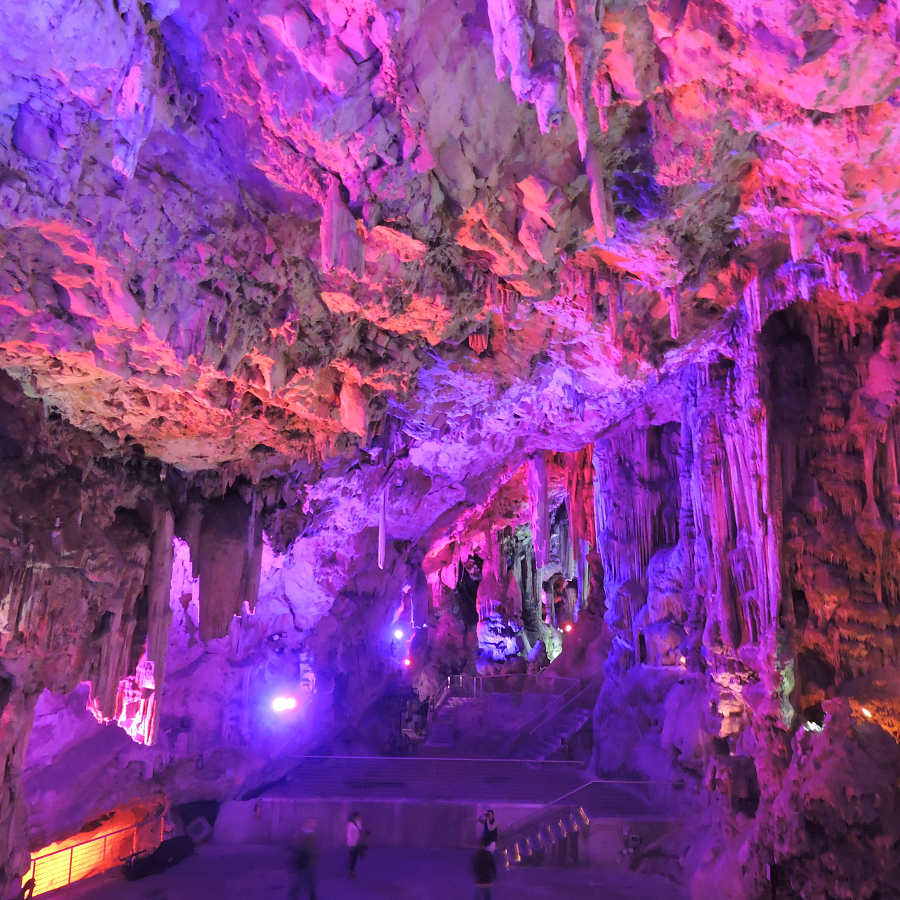 We’re all familiar with the famed Rock of Gibraltar, huge and imposing from the outside – but inside the Rock itself is the enormous St. Michael’s Cave with fantastical formations colorfully illuminated. For millions of years, rainwater created fissures in the Rock’s limestone widening into huge caves with the steady drip of mineralized water creating massive stalactites hanging from cave ceilings and stalagmites rising up from cave floors. A phantasmagorical experience.

Gibraltar has been a British territory since 1713 when Spain ceded it in the Treaty of Utrecht. Thus also high up inside the Rock are the Great Siege Tunnels the British dug then lined with cannon emplacements to defeat Spain’s attempt to seize Gibraltar in the 1780s. Walking through the tunnels, you peer below looking down where the Spaniards and their French allies were vainly dug in – and where there is now an airplane runway stretching across the isthmus.

That’s just a glimpse of what to discover visiting Gibraltar, as there’s so much more! (Glimpses of Our Breathtaking World #12, photo ©Jack Wheeler)