2 The Point News » Behind The Lines » Free Articles » INDIAN TIBET 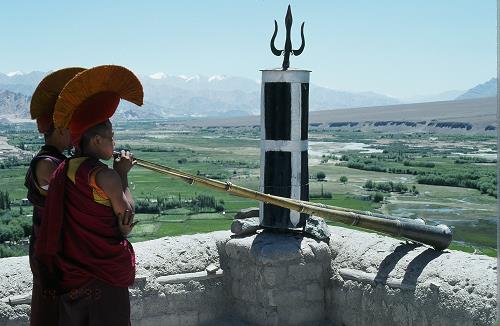 When most people think of Tibet, they think of Chinese-Occupied Tibet, which the Chicoms seized in the 1950s, committing genocidal slaughter of two million Tibetans in the process.

Today, the former independent country of Tibet is a Tibetan Theme Park for Chinese tourists, locked down tight by the Chinese military, and secret police who control all the monasteries.

Yet there are regions of ethnic, cultural, and geographical Tibet that China was not able to seize.  One of them, The Kingdom of Lo, tucked away in a tiny remote corner of Nepal, we go to on our Himalaya Helicopter Expeditions.

Larger than Lo is the Upper Indus River Valley.  The Indus rises in the Tibetan Plateau west of the sacred mountain of Kailas (which I circumambulated in 1986).  It flows, or rather trickles west, then widens into a valley geologically unique – as it separates the Himalaya mountains on the south and the Karakorum mountains to the north.

It then narrows into a series of gorges to wrap around the western terminus of the Himalayas, Nanga Parbat (8,126m/26,660ft), and flow south all the way to the Indian Ocean – 3,180km/1,979m source to mouth.  Portrayed on the map, the Upper Indus Valley starts where it flows out of Chinese Tibet into India, and stops with gorges at India’s border with Pakistan: 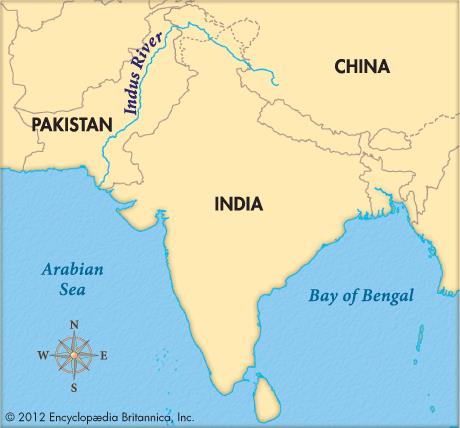 The region of the Upper Indus and surrounding side valleys is called Ladakh.  It is wholly Tibetan – here you will find real Tibetan culture truly alive and thriving, replete with astoundingly spectacular Tibetan monasteries or gompas.

I took the photo above at the Spituk gompa – the river in the foreground is the Upper Indus, and the snow-capped mountains in the distance are in Chinese Tibet.  It’s near the capital of Ladakh, Leh – an endlessly fascinating caravanserai town where you’ll find everything Tibetan.  Here’s the ancient Leh Palace and the Leh gompa hovering high above: 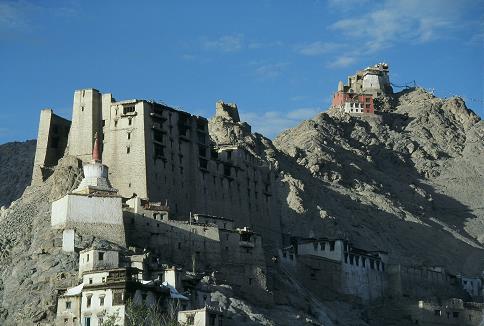 The gompas are many centuries old and house stunning arrays of illuminated tankhas (sacred scrolls), wall paintings, scriptures, and gold-leaf statues in the prayer halls.  A visit to Thikse gompa can be overwhelming, 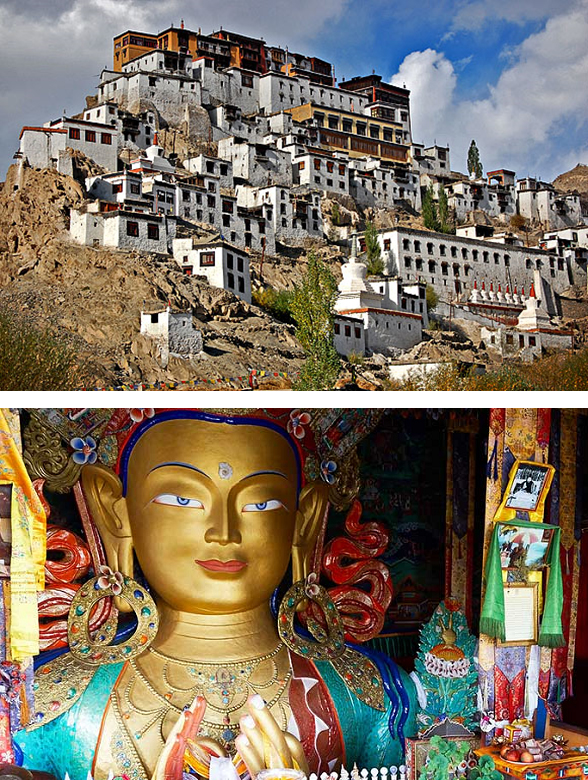 As is Hemis gompa, 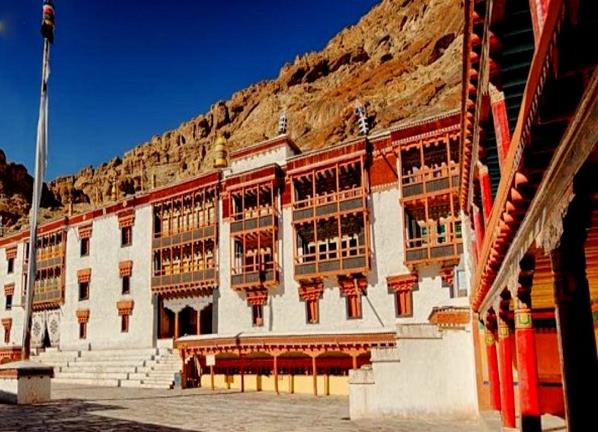 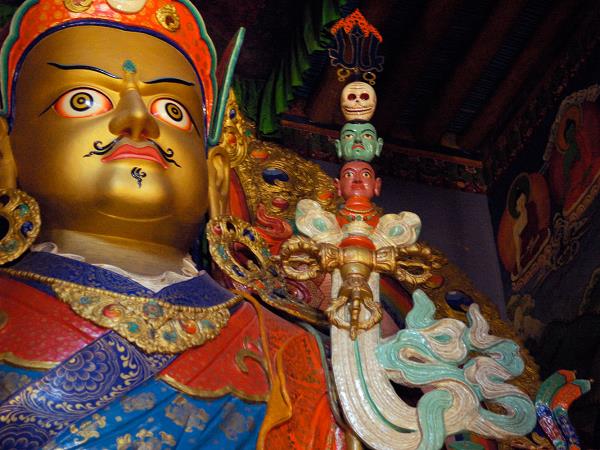 There are the massive statues of Alchi gompa… 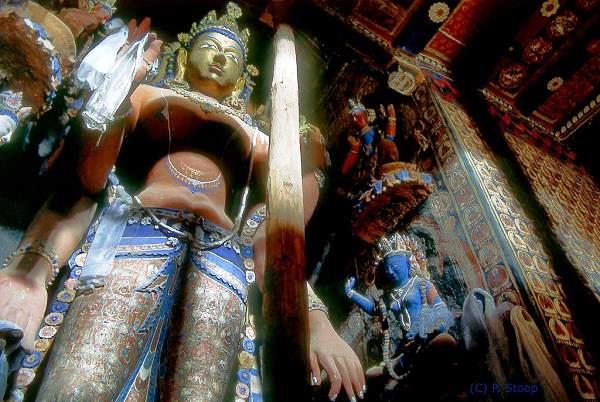 Rizong gompa glued to a cliff… 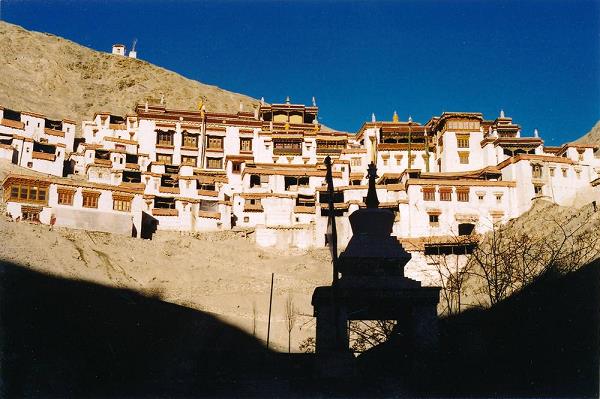 And then there’s Lamayuru, oldest and most magical gompa of all… 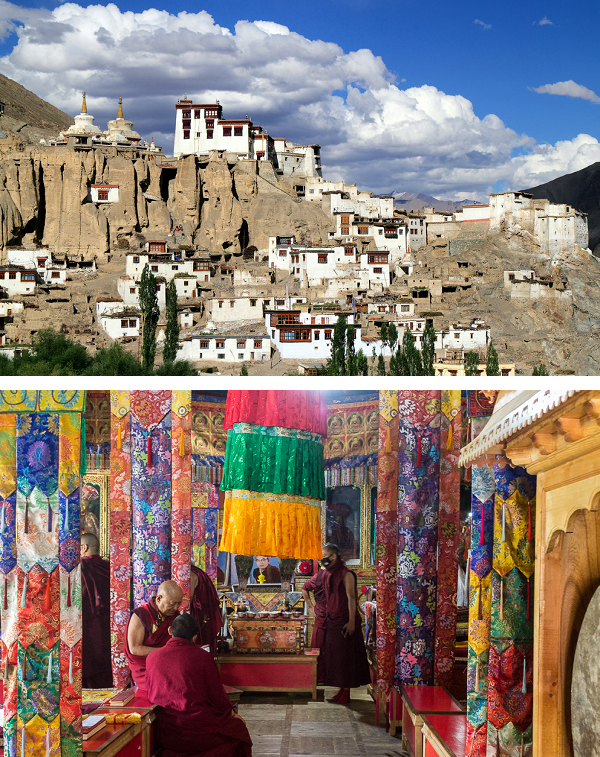 Within Ladakh is an even more remote region called Zanskar – with the extraordinary Zanskar River from source to confluence with the Indus over two miles high and flowing straight through the crest of the Himalayas. 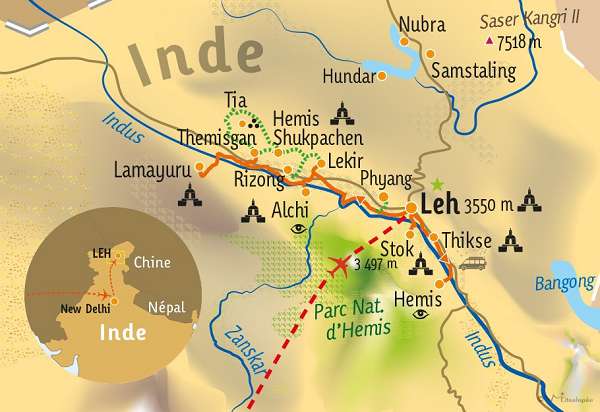 To reach Zanskar, you drive over high Himalayan passes with gigantic glaciers below… 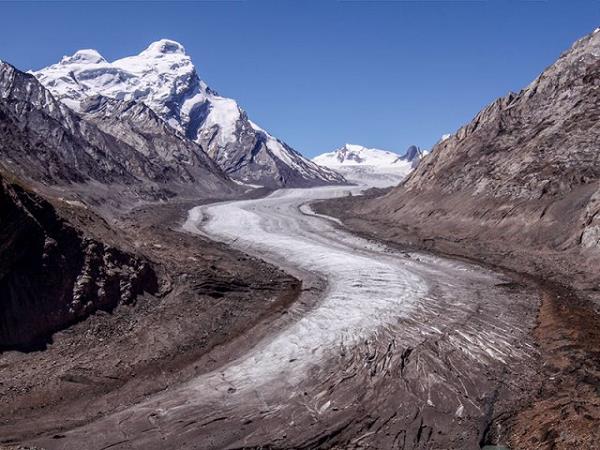 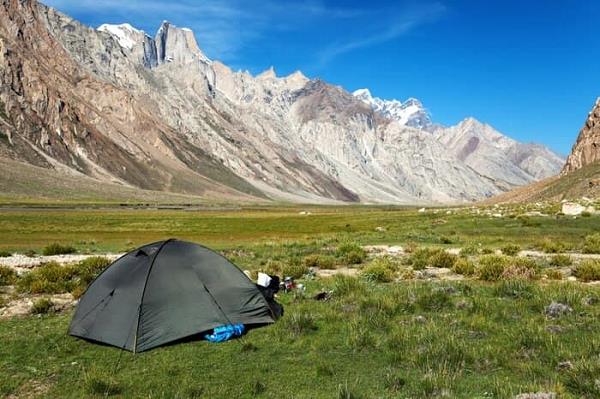 The ultimate, however, is Running the Zanskar, the Grand Canyon of the Himalayas – one of the truly great whitewater adventures in the world. 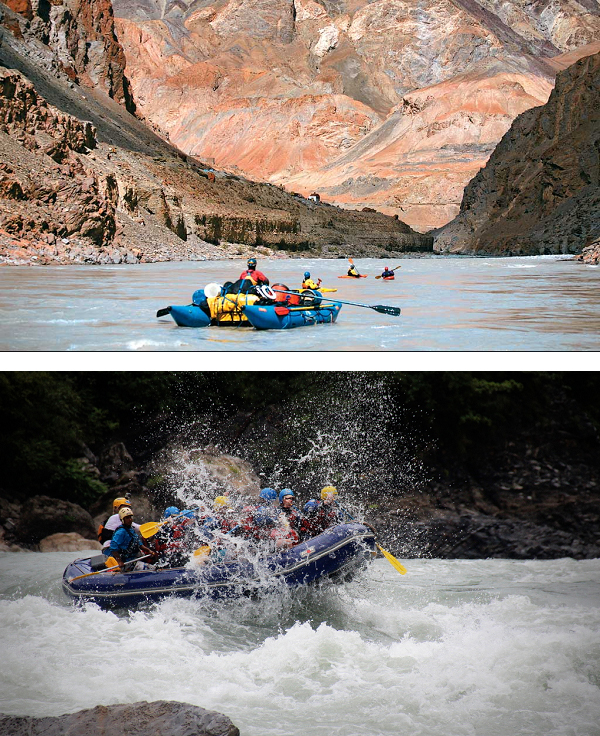 It’s a thrill of a lifetime – but no worries, it’s safe.  My son Brandon ran it with me when he was 10 years old.  Now he’s all grown and can hardly wait to do it again.

For that’s just what we’ll be doing – explore Indian Tibet and run the Zanskar this coming August.

What we’ll see, learn, and unforgettably experience is far, far more than this small glimpse in the photos above.  This is Real McCoy High Adventure.  If you’d like to join Brandon and me, click here at Indian Tibet, and we’ll send you the info.

Instead of a plain vanilla summer vacation, why not do something unforgettably thrilling, something truly life-memorable – and with your fellow TTPers?  Then when someone asks you, “What’d you do this summer?” you’ll never tire of watching their reaction when you reply, “I went on an expedition to Indian Tibet…”