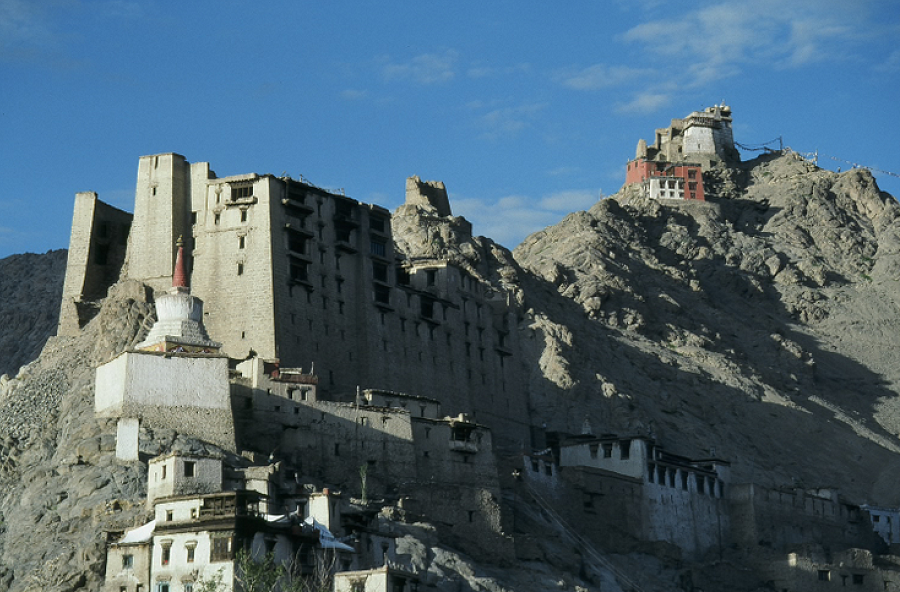 There is a part of Tibet the British kept from China and is now a part of India. The region is called Ladakh and this is its capital of Leh. It’s the Upper Indus river valley after it flows out of Chinese Tibet and before it reaches the Line of Control with Pakistan.

Ladakh is geographically and culturally Tibetan, where Tibetan culture still flourishes. Here the great gompas (monasteries) of Thikse and Hemis are active, and where you are welcome in hidden mysterious gompas like Lamayuru over a thousand years old.

There is an ultra-remote part of Ladakh called Zanskar where the Zanskar River flows through the crest of the Himalayas to reach the Upper Indus. Running the Zanskar is one of the world’s greatest whitewater experiences. We’ll see and do all of this next August on our Indian Tibet Expedition. (Glimpses of Our Breathtaking World #120 Photo ©Jack Wheeler)