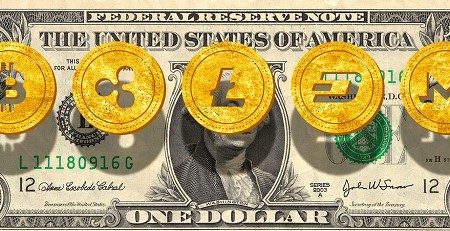 Why do people want “money”?

Obviously, so they can buy goods and services now or in the future. But, in actuality, it is not money people want, but purchasing power. Is it necessary to have a stock of money to have purchasing power? Well no, provided people have credit or wealth that can be turned into a transferable unit of account in close to real time.

Two decades ago, in my book “The End of Money and the Struggle for Financial Privacy,” I wrote:

“Money will disappear because a circulating medium of exchange is needed only when a time interval is required between the liquidation of an earning or useful asset and the acquisition of a new asset or service. In the digital age, such a time interval is no longer needed, hence there is no need for traditional money.”

Most transactions now are electronic — bank transfers, cards, cell phone apps, etc. Physical cash has held on because of perverse government anti-money laundering regulations, which make it almost impossible for many to obtain bank and other financial accounts, and for people to maintain some degree of financial privacy.

Cryptocurrencies, such as bitcoin, can serve as a unit of account and a medium of exchange, but not as a store of value — as long as there is nothing more than an algorithm to anchor them. They are often referred to as “fiat” currencies.

By contrast, existing government-issued fiat currencies, such as the U.S. dollar, have real assets backing them up — including government-owned land and minerals, and most importantly, the police power of the state to extract real wealth from the citizens.

Cryptocurrencies are likely to evolve into more useful money substitutes as issuers begin to back them with real assets. The reason that has not been done to date is that the volatility that comes with existing non-real asset-backed cryptocurrencies makes them attractive for speculators, but not for producers of goods and services or consumers.

This is why, at the moment, buying and selling cryptocurrencies is no more of an investment than betting on the results of a horse race.

Cryptocurrencies, however, do provide a market need for more financial privacy (making government and private party snooping much more difficult) and providing very low-cost, peer-to-peer transfers, which is particularly valuable in international transactions.

Note: Inflation is a backdoor way for the government to steal the citizens’ money. To make matters worse, the U.S. government taxes capital gains on the sale of assets, including the change in price caused by inflation — which is, in essence, a tax on a tax.

It is most unlikely that the Fed will be able to maintain a constant inflation rate at any number above zero. History shows that when inflation rates begin to rise, they usually continue to do so until there is a recession or worse. Many economists, including former senior Fed officials, have argued that the Fed may now be out of tools to stop a new inflation.

The problems with the existing government monopoly monetary systems are well known to most economists and financial markets experts; hence, the quest for alternatives to government monies in the search for stable money substitutes.

Cryptocurrencies, using tools like blockchains, appear to many to hold the greatest promise. The noted economist F.A. Hayek crisply explained why nongovernment money, such as those backed by a basket of privately held commodities, is likely to be superior in his landmark book, “Denationalization of Money,” published in 1976.

Mr. Hayek wrote long before the Internet, blockchains and highly secure, easy-to-use encryption. With the new technologies, his arguments have increasingly become a practical reality.

What is likely to happen is that a number of entrepreneurs will start issuing cryptocurrencies with real backing (experiments are under way) — precious metals, like gold and silver; industrial commodities, like aluminum; and various baskets of commodities, which may even include services.

Eventually, one or several will become global standards (like some computer software). Governments will, of course, fight to maintain their money monopolies, but they are likely to lose because they will be offering an inferior product. A world without government monopoly money will be more free and less costly, with more prosperity.

Richard W. Rahn is chairman of Improbable Success Productions and on the board of the American Council for Capital Formation.