IF ONLY HILLARY HAD WON 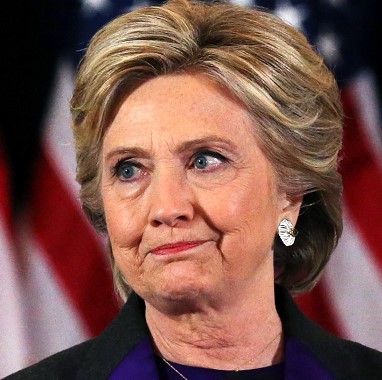 There are lots of possible counterfactuals to think about had Hillary Clinton won the presidency as all the experts had predicted.

The U.S. embassy would have stayed in Tel Aviv. “Strategic patience” would likely still govern the North Korea dilemma. Fracking would be curtailed. The — rather than “our” — miners really would be put out of work. Coal certainly would not have been “beautiful.”

The economy probably would be slogging along at below 2 percent GDP growth.

China would be delighted, as would Iran. But most important, there would be no collusion narrative — neither one concerning a defeated Donald Trump nor another implicating a victorious Hillary Clinton.

In triumph, progressives couldn’t have cared less whether Russians supposedly had tried to help a now irrelevant Trump; and they certainly would have prevented any investigation of the winning Clinton 2016 campaign.

In sum, Hillary’s supposedly sure victory, not fear of breaking the law, prompted most of the current 2016 scandals, and her embittering defeat means they are not being addressed as scandals.

For example, why would FBI director James Comey have been so foolish as to ask for a FISA warrant request without fully informing the judge of the compromising details of the Steele–Fusion GPS dossier?

Or why would Attorney General Loretta Lynch have been so reckless as to meet with Bill Clinton in a stealthy jet rendezvous on an Arizona tarmac when her department was concurrently investigating his spouse?

But those are precisely the wrong questions, given the Washington careerist mind. The right one is “Why not?” — in the context of the overwhelming likelihood that Hillary Clinton would not only be elected president but also would follow the well-known Clintonian habit of punishing both enemies and neutrals while rewarding friends, the more obsequious, the better.

Cheryl Mills and Huma Abedin thought they were taking zero risks in lying to FBI investigators when they claimed that they had no idea about Clinton’s unlawful private server, even though they had, in fact, discussed the server in emails and used it themselves when sending emails.

But why should they have cared, given Trump’s certain looming defeat and the fact that Andrew McCabe was somehow involved or would be involved in running, or rather massaging, the investigation?

Their only real danger might have been telling the truth to FBI investigators: that both they and Hillary had known precisely what she was doing. For telling the truth, both Mills and Abedin would soon have faced career-ending payback from a President Clinton.

A President Hillary Clinton would have appreciated Loretta Lynch’s quasi-legal efforts to ossify the email investigations of Clinton’s unlawful server.

Indeed, in the swampiest sense, Lynch took a good gamble that the odds would pay off handsomely for her obeisance, with either a continuance of her tenure as attorney general, or perhaps soon a future Supreme Court nomination.

Why would CIA Director John Brennan leak information about the Steele dossier to the likes of old blabbermouth and conniver Senator Harry Reid, or be involved in unmasking surveiled Americans?

Again, why not? He would still be CIA Director Brennan, or so he imagined, and rewarded for his yeoman work in eroding the chances, however small, of a Trump presidency.

Both Brennan and James Clapper would have been seen as useful team-player holdovers, given their eagerness to lie under oath and to spread the dirt of the Steele dossier to the intelligence communities and media.

What about Lisa Page, Peter Strzok, Andrew McCabe, the Ohr couple, and all the other FBI and DOJ officials who have now resigned, been reassigned or fired, or are currently in legal jeopardy or under suspicion? At the time of their transgressions, they certainly did not believe they had done anything wrong in lying, conniving, or obstructing.

Rather, they were wisely investing their deep-state careers in the sure Clinton victory.

Had Clinton been elected, what now seems illegal would have been appreciated as bullet points on a résumé making the case for promotion. Such apparatchiks would have been reminded that Team Clinton players were always rewarded for past — and future — administrative-state service.

Indeed, Page and Strzok texted basically that between March and July 2016, signaling both their certainty that Hillary Clinton would win and their need to make even more certain that the couple was integral in ensuring the inevitable.

Illicit love apparently carries with it a bit of melodrama, but nonetheless here is a brief potpourri:

Page: This man cannot be president.’

Page: I cannot believe Donald Trump is likely to be an actual, serious candidate for president.

Page: She just has to win now. I’m not going to lie, I got a flash of nervousness yesterday about Trump.

In other words, Clinton would win. But, just in case, she needed a little help from these government fixtures who were more than willing to do what they could: “I want to believe the path you threw out for consideration in Andy’s office — that there’s no way he gets elected — but I’m afraid we can’t take that risk.”

Or, as Strzok summed up on August 15, 2016. “It’s like an insurance policy in the unlikely event you die before you’re 40.” Dying before 40 was apparently more likely than Trump’s getting elected.

Poor James Comey proved the careerist par excellence, always shape-shifting, usually a day late and a dollar short in calibrating his reinventions to meet the needs of perceived electoral politics.

His disastrous 2016 series of press conferences exonerating Clinton, then sort of not exonerating her, then finally re-exonerating her reflected his self-created predicament of wanting to preen to President Clinton that he had stopped the email investigation and cleared her — but had adroitly paid lip service to legal niceties so as to enhance even more her viability as one who’d been fully investigated and exonerated.

The hapless Comey recently confessed in his self-incriminating book:

“Assuming, as nearly everyone did, that Hillary Clinton would be elected president of the United States in less than two weeks, what would happen to the FBI, the justice department or her own presidency if it later was revealed, after the fact, that she still was the subject of an FBI investigation?”

What would happen in other words to FBI Director James Comey if he was independent and autonomous and had a higher loyalty to the law?

Or what actually did happen to President Donald J. Trump when he was assured by Comey he was not the subject of an FBI investigation when, in fact, he was subject of that and a lot more?

“It is entirely possible that, because I was making decisions in an environment where Hillary Clinton was sure to be the next president, my concern about making her an illegitimate president by concealing the restarted investigation bore greater weight than it would have if the election appeared closer or if Donald Trump were ahead in all polls. But I don’t know.”

Here, Comey reminds us that not only was his warping of the law likely to help ensure a Clinton presidency, but it also would have been properly appreciated. Since when do FBI investigators factor in polls when they investigate evidence?

Under a President Clinton, we the American people (as opposed to Vladimir Putin) would have had no idea in 2018 of a Christopher Steele dossier, other than the mysterious residual leaks from it that would have hounded a defeated Donald Trump into ignominious retirement.

Indeed, Steele would probably have gone back into deep retirement until the 2020 Clinton reelection campaign and another call from Fusion GPS to reproduce something like its 2016 winning blueprint.

As for the crew at Fusion GPS, they would probably be a presidentially authorized A-team, winking and nodding to the press about how their opposition research had sunk the loser Trump — the same way that the 2012 Obama reelection team publicly bragged about how they’d successfully mined Facebook data.

Under a President Clinton, we would still believe that FISA courts are unimpeachable bulwarks of democracy. No one would now know anything about past requests for unmasking and leaking to the press the names of surveiled American citizens.

Rod Rosenstein and Sally Yates would remind Clinton aides of their key roles in ensuring that FISA court surveillance of Donald Trump accounted for the damaging leaks that had ensured his defeat. Samantha Power would have had no need to request over 250 unmaskings as she played secret agent from her perch as UN ambassador.

The Podesta brothers would still be A-list Washington operators.

On the other hand, ruring a Clinton administration, Devin Nunes, who would likely still be seeking the truth behind the illegality in the 2016 campaign, might have been under FISA-ordered surveillance himself, or would have shared the deep-state fate of the jailed videomaker Nakoula Basseley Nakoula, or might have become one of the victims of Lois Lerner’s residual henchmen at the IRS.

The coffers of the Clinton Foundation certainly would be expanding exponentially. Robert Mueller might have been brought back in now and then for his sober and judicious work in finding no wrongdoing in the Uranium One deal.

And Donald Trump? He would be mocked and ridiculed as he barked at the moon that his wires had been tapped in Trump Tower — as the truth became insanity, and insanity the truth.