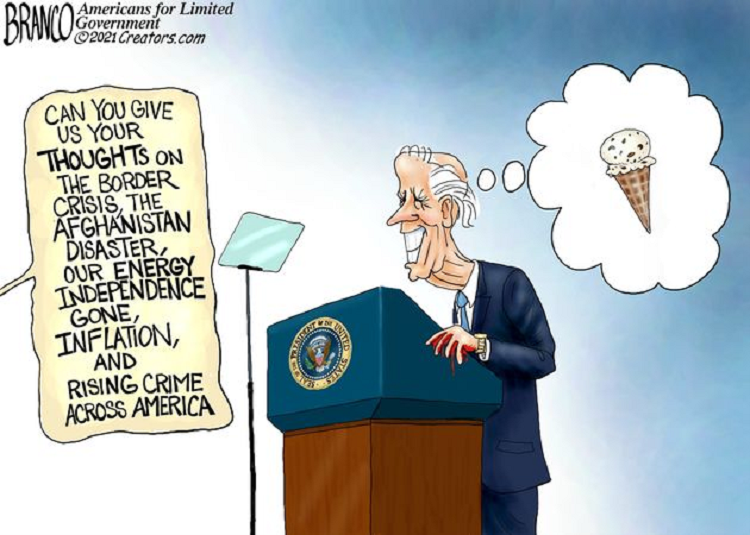 First, he asked that the lights be brought up in Prestonwood’s cavernous auditorium so that churchgoers on hand and those watching online could see and pray over 13 large American flags draped over rows of pews all over the main floor and in the balcony, honoring the 13 fallen heroes killed in the humiliating military defeat engineered by President Joe Biden. 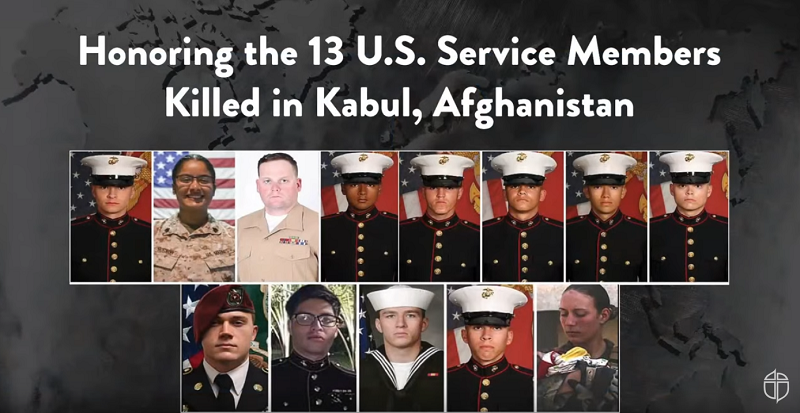 It was a heartbreaking and powerful reminder that we owe so very much to young people who enlist in our Armed Forces, fulfilling the Scripture (John 15:13) that “There is no greater love than to lay down one’s life for one’s friends.”

Second,  Pastor Graham took a few moments to single out members of the Texas legislature who this week finalized SB8—Texas’s “Heartbeat Bill”—the law banning abortions six weeks into a pregnancy anywhere in the Lone Star State and which lets any citizen bring a lawsuit against abortion providers who violate the ban and provides cash bounties of at least $10,000 (plus legal fees and costs) to encourage such litigation.

Praising the bill which was signed by Governor Greg Abbott (R-TX), Jack Graham observed that the implications of this landmark legislation will be felt far beyond Texas.

Of course, Pastor Graham’s words stood in stark contrast to Joe Biden… who flatly declared the Texas Heartbeat Law to be “un-American” and he ordered—think about this for a hot minute—his Gender Policy Counsel (???) to “launch a whole-of-government effort to take action to counteract the Texas law.”

When was the last time in American history that there was a “whole-of-government effort” on anything apart from World War II?

I’m no theologian, so far be it for me to question Biden’s oft-professed Catholicism which he says took root in parishes and parochial schools in Pennsylvania and Delaware. He even crowed about his faith on the very first page of his 2007 memoir Promises to Keep…noting it was his working class Irish Catholic family that shaped him as a man.

If so, the nuns and priests at those parochial schools must have not noticed that Joe was out battling his imaginary foe Corn Pop at the swimming pool the day they taught the lessons about the Catholic church’s reverence for life.

Why is Biden—only the second Catholic besides John F. Kennedy ever to serve as President of the United States—now the de facto poster child for the culture of death in America?

Why is he refusing to answer hard questions about his traitorous, unforgivable disaster in Afghanistan that led to the deaths of those 13 heroes honored Sunday at Prestonwood Baptist Church?

Tone-deaf Biden says it was “tough” meeting with the families of the 13 dead servicemen and women. Apparently not quite as tough as what the families themselves endured at Dover Air Force Base as Biden offered his “condolences” by reminding each of them that his son Beau “also died.”

(Earth to Joe: Beau Biden served in Iraq, returned home safely, was elected Attorney General of Delaware and then succumbed after a battle with cancer. He wasn’t needlessly killed by a suicide bomber as some jerk in the White House tried to engineer a photo-op-moment on the upcoming 20th Anniversary of 9/11.)

Which brings us back to the Texas Heartbeat Law.

Ice Cream Joe, virtually all Democrats, and their accomplices in mainstream media are now up-in-arms because the split U.S. Supreme Court—on a 5-4 ruling—refused to “block” the Texas law from going into effect.

Democrats and the media (but I repeat myself) are all in favor of the rule of law until a decision they don’t like occurs. Then they roll out everything from hysterical rantings about “coat hanger abortions in back alleys” to renewing calls to pack the Supreme Court with extra Justices until it votes their way.

But to Biden, Planned Parenthood, nutters like Washington Post columnist Jennifer Rubin and MSNBC’S Nicole Wallace—who clumsily pretends not to know who South Dakota governor Krist Noem is while reading a news item about Noem proposing a “copycat” of the Texas Heartbeat Law in her state—abortion trumps everything else.

And they love parroting the line that restricting the right to murder the unborn in Texas “will disproportionately disadvantage black women who have most abortion in the state,” while failing to acknowledge the obvious corollary that SB8 will be a huge advantage to unborn black babies who now will have a real opportunity to experience the wonder of life rather than be sacrificed to Joe Biden’s culture of death.

I try not to spend a lot of time on social media, because so much of it is fringe material to verify or simply moronic opinions by simpletons. But one image caught my eye in the furor following enactment of the Texas Heartbeat Law.  It was a photo of a woman protesting the legislation, waving her arms while wearing a t-shirt which read: “I’ve had 21 abortions!” 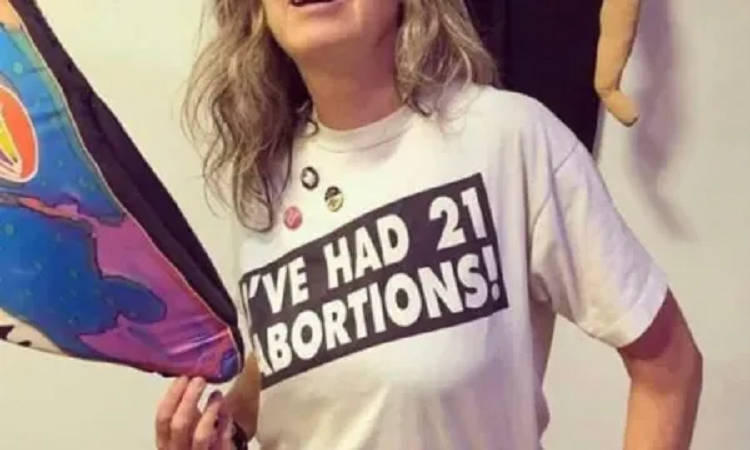 My immediate thought was that Kamala Harris better watch her back before Biden dumps her and adds that sad kook wearing the t-shirt as his new Veep.