HOW WE RID OUR MILITARY OF MILLEY WOKEISM 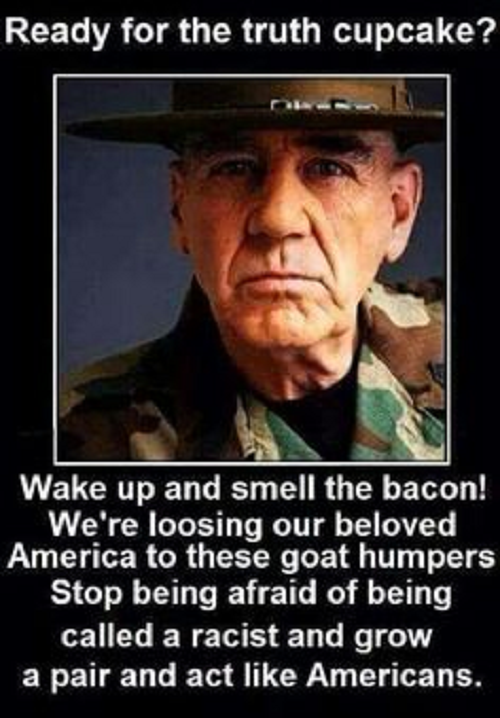 [Note by Jack Wheeler: I have known Mike Waller for over 30 years.  What he has written here is the clearest exposé of the essence of Wokeism, and how we save our military from it.  Please consider sending this to all you know.]

Wokeness might do to the American military what no foreign enemy ever could: Fracture the world’s greatest armed forces from within, through divisive political indoctrination and controls.

Wokeness—extreme ideological intolerance of opposing views and the imposition of life-destroying punishments for the insufficiently woke—is organized fratricide.

The fratricide has a higher purpose: A political purge of a targeted institution or culture through mass action, the destructive power of which will create a new utopian status quo.

The Soviets tried this. Their armed forces had a dual command structure, one military and one political, throughout the ranks. The purpose, amid purge after woke purge, was to purify the military along ideological lines.

Wokeness itself isn’t an ideology, however. It isn’t critical race theory. It’s a behavioral system of dictatorial political and cultural control.

The wokeness that General Mark Milley, chairman of the Joint Chiefs of Staff, denies he is imposing throughout our armed forces, is nothing new.

Robespierre of the French Revolution was woke. So were the Bolsheviks. The Wehrmacht was woke, as was the National Socialism it served.

In America, the Ku Klux Klan, Weather Underground, and the Black Liberation Army were woke. The latter two groups from the 1970s became incubators of the critical race theory that has flowered into controversy today.

Once implemented, wokeness swarms upon people to pit them against one another. It destroys national, cultural, and professional identity and unity. It decays mutual respect and trust. It rots our institutions and our spirits from the inside.

Wokeness imposes the resentful mindset of an extremist few onto the vast majority. Meek compliance is not enough. Going through the motions won’t suffice. Passive silence is even worse.

With hateful force, wokeness compels the majority to become active participants in objectionable mindsets, rituals, and behavior, in order to make its extremism mainstream. Resisters must be destroyed.

If the people wish to preserve themselves from personal opprobrium and professional destruction, they will go along with the woke extremism.

*Wokeness requires a network of informants to betray and root out the noncompliant.

*It requires agitators and propagandists to shame and defame.

*It requires a system of professional punishment and cancellation from ordinary life.

*It requires a mechanism of professional incentives to reward the craven and selfish. These become the enabling cadre who disengage their brains and mindlessly repeat the ideological pablum they are fed, with the knowledge that they will advance in rank and prestige as they sell out those around and under them.

Decades of political correctness within the Pentagon’s civilian and uniformed bureaucracies softened the ground for wokeness to germinate.

Milley has testified to Congress that he has studied Communism. So he should understand that Communist systems applied wokeness in their own armed forces. Either he doesn’t – meaning he doesn’t have the intelligence to – or incredibly worse, he does and intends to Communize our military.

The Soviets had an entire command structure for wokeness in their military. That structure consisted first of political officers in uniform to impose and enforce party doctrine among conscripts and military professionals.

These were known as political commissars. Commissars functioned from the ministry of defense level on down. Commissars ultimately were replaced at the regimental level by political officers known in party bureaucratic shorthand as zampolits.

The commissars and zampolits ran the systems of indoctrination, coercion, informants, rewards, and punishments. Many rose to the top.

Stalin had been a political commissar during the Russian Civil War after the Bolshevik Revolution. His successors Nikita Khrushchev and Leonid Brezhnev had been zampolits during World War II. Brezhnev’s defense minister, Marshal Dmitry Ustinov, had been a zampolit.

The Soviet zampolits had always been under strict civilian control. The Soviet Communist Party had a Main Political Administration, or GPU, to enforce political orthodoxy within the military.

The same cannot be said for the new class of unofficial political commissars that has emerged in the United States military under the indignant, woke hand of General Milley.

Our Constitution forbids a GPU-like system for our military. But an embryonic analogue is there, just the same, albeit unofficial, unstructured, and officially deniable.

Political correctness in free societies creates a mentality of soft- and self-censorship. That culture of binary censorship begat cultural Marxism—not the dialectical materialism kind that Milley says he studied, but the nonmaterialist contradictions within and against American culture and its foundational and constitutional underpinnings.

As much as some might like to believe, the Pentagon’s wokeness didn’t simply emerge from Joe Biden and his Ustinov wannabe, Defense Secretary “Pink Lloyd” Austin.

The Biden Administration is merely taking the existing informal, deniable networks of political correctness and wokeness within the Pentagon’s permanent civilian and officer bureaucracies, and giving shape to what appears to be an embryonic political commissar and zampolit structure.

As a core, they are using the innocent-sounding “diversity, equity, and inclusion” theme as justification, a theme that the acronym-infused Pentagon abbreviates as DEI.

Unlike the Soviet system, the Pentagon’s existing system of DEI-like political commissars and zampolits is not under civilian control.

Though the DEI theme was indeed formalized under Austin by his progressive minions, it existed and proliferated as a creation of the woke civilian and uniformed bureaucrats in the Pentagon itself, autonomously and internally, with little if any elected civilian accountability.

It’s hard to imagine any previous chairman of the Joint Chiefs of Staff sitting before Congress as Milley did last week to rebuke lawmakers of a particular political party for doing their duty to call the bureaucracies into account.

U.S. Representative Dan Crenshaw (R-Texas), a Navy SEAL medically retired as a lieutenant commander or O-4 (equivalent to an Army major), has teamed up with Senator Tom Cotton (R-Ark.), who served as an Army captain (O-3) and others.

Crenshaw set up what he calls a “whistleblower webpage” to help ordinary military personnel give first-hand examples of wokeness in the command structure.

“For too long, progressive Pentagon staffers have been calling the shots for our warfighters, and spineless military commanders have let it happen,” says the retired SEAL. “Now we’re going to expose you.”

Right in the nick of time. The veterans-turned-lawmakers, with active-duty whistleblowers, are the nation’s last defense against the Pentagon’s commissars and zampolits of wokeness.  This is how we rid our military of them.

Michael Waller is senior analyst for strategy at the Center for Security Policy. He holds a Ph.D. in international security affairs at Boston University and for 13 years was the Annenberg Professor of International Communication at the Institute of World Politics.