HOW TO WOKE PROOF YOUR KIDS 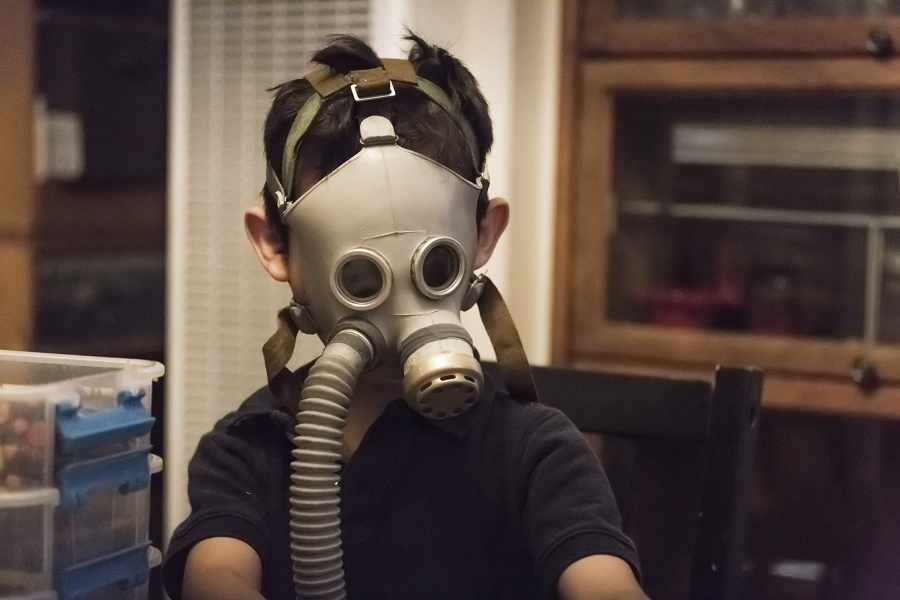 Here’s the deal.  In order for our country to survive the Pandemic of Wokeness, we must reach wokeness herd immunity.  This especially most of all applies to our kids.  Here’s how I did it and so can you.

I must admit, though, digging a 300 square-foot bunker suitable for young children is hard work. My husband’s back isn’t what it used to be. So far, we’re 50 feet down in the backyard and are about to pour 10-inch thick WiFi-proof concrete walls.

The kids will have goldfish, coloring books, a Kindle that contains all of Western classical literature, Play-Doh, and a hose for drinking water. They’ll be lowered into the hole when they turn six, and we’ll let them climb out when they turn 18.

We plan to tell any nosy neighbors that we sent the kids away to a new progressive anti-racism academy.

Cruel, you say? Not if you’re trying to insulate your precious children from the all-powerful wokeness algorithm. In fact, it’s the only way to be sure.  Will I miss them? Sure, but I’m comforted knowing they’ll be among the few who survive the radioactive wokelear fallout released this year.

Oh, you don’t want to chain your kids up in the basement and seal all the doors? Rather not ship them to an ice floe off Greenland, or a yurt in outer Mongolia?

Then, friends, you’re going to need to become a master of anti-wokeness.

They—you know who I mean—wish to consume your children: skin, muscle, bits, and bone. You must therefore make your children taste awful, like the little orange tree frogs in the Amazon who coat their skin with poison so hungry toucans spit them out.

Force society to spit your children out of their ravenous maws. Make your children undesirable. Make them unbearable to the predations of the Left. You’ve got no choice. You are their only hope! Do not fail them. If you do nothing else as a parent, you must do this: prevent wokeness from colonizing their developing brains.

Realize there is, alas, no pure escape from wokeness. Like whiteness, systemic racism, and mythical Covid variants, wokeness is in the very air we breathe. But, as with any virus, you can inoculate your children against the worst ravages of our modern plague.

So without further adieu, here are The Rules for Foolproof Wokeproofing.

ONE: Speak truth to gender, and never shut up.

When it comes to gender, beware! Lack of confidence and moral uncertainty in otherwise normal, educated parents have given the Pronoun People an easy port of entry into your child’s hungry cortex, and they are rushing into the breach.

Despite what the clowns running this circus want you to think, it actually IS possible to be 100% certain which gender your baby will identify with, as long as you commit as a parent to stopping entry of brain worms. Fake gender identities are a modern progressive social epidemic induced by the Internet, so it requires some avoidance techniques to prevent this infection.

First, you must shun gender neutrality. Dress your girls like ladies and your boys like off-duty firemen. If your little boy requests to wear a dress to school, tell him firmly that boys do not wear dresses, only girls do, and you refuse to allow him to entertain fantasy notions.

If boys are allowed to wear dresses at your school, find a new school. If your children insist there are more than two genders, spend some time at the zoo and challenge them to identify these elusive other genders.

My son thought he was Buzz Lightyear for years, and wore Buzz pajamas daily, including to preschool. He grew out of it before we went forward with his Space Ranger reassignment surgery.

Abortion is a gateway drug for the Left, the best one they ever devised. Lucky for us, it works both ways. Once a child decides that abortion is freedom, or healthcare, or justice, it’s easy to get them to sign on to the rest of the woke agenda.

But once they understand what abortion entails on the procedure table, and what the aborted remains are, they can almost never be turned to the dark side.

Remind your kids that unborn children are alive and are humans, just like they were when they were in the womb. You can say “imagine if I’d aborted your youngest sibling. Lots of women do that, you know. They just don’t want another baby.”

Or I tell them the story of a good friend who “reduced” her triplets to twins. That’s right—she injected her own children’s sibling with sodium pentothal to stop its heart. “Do you think those two kids know they had another twin? Do you think their mother should tell them? Imagine if I told you you’d had a twin, but I didn’t want two babies at once. Would you be mad?”

I also explained the Born Alive Act to them, which they’d heard about somewhere. Children don’t like the idea of letting a full-term baby who survived the abortion getting left on a shelf to perish, gasping for breath like a hooked trout.

Once a child understands what a fetus actually is, they are highly unlikely to ever take part in destroying one. And best of all, for reasons I don’t fully understand, the pro-life mindset tends to open the door to other right-leaning ideas.

I first noticed this circa 2015 on Reddit’s r/thedonald, where freshly MAGAfied young men expressed newfound disgust with Planned Parenthood after years of casual pro-choice acceptance.

America 2021 is a weak nation being run (into the ground) by blinkered nincompoops and evil nihilists, but it was not always so. Despite my current status as a cynical dissident in my own land, I have no choice but to double down on patriotic propaganda for my pre-pubescent set.

Think about how your parents felt when they saw Saving Private Ryan, or how your grandfather cried at the neighborhood Fourth of July parade. Mostly these old vets were crying for their dead friends lost in forgotten battles, but maybe it’s the “extremist stand-down” in the military they can’t stomach. Whatever, while my children are under my roof, we celebrate the incredible generosity of Americans and our glorious military history.

Ban new books. Encourage the classics. Harry Potter was written by a TERF, so it survives my ruthless modern book purge.

Avoid new music, especially since stars popular with children are prone to making porn—you know, for kids!—of themselves giving Beelzebub a rub ‘n tug. We’re listening to the Mary Poppins soundtrack tonight. Put a spoonful of sugar on that.

New movies are all terrible, but who cares? Just stick to Eighties classics, where men are men and women are Kathleen Turner. Die Hard. The Matrix. Beverly Hills Cop. Trading Places. Ghostbusters. Okay, fine, The Matrix is from the Nineties.

Notice something about these movies? They depict friendships between whites and blacks and…race is not an issue! It never even comes up! This priceless lesson is worth subjecting them to all the F-bombs. Better to hear it than do it, I always say.

Our friends over at the pop culture factory are doing most of the heavy lifting with this one. Everything wokeness touches turns to cringe in the end. Even America’s favorite celebrities get debased lower and lower until they become unpaid propaganda ministers for the regime.

Help them along by consistently helping your kids see that these “influencers” are losers, soy boys, and psychotics, and you should always do the opposite of what they tell you to do.

Do not buy their sneakers or their beauty products. Mock LeBron James and Miley Cyrus and Joe Biden (Zhou Xiden) and Meghan Markle and the woke agenda mercilessly. It’s incalculably lame. Never interrupt your enemy when they are making a mistake, and boy, are they.

What are you supposed to do when the emperor has no clothes—and neither do any of the townspeople?

Maybe just giving your children permission to see things clearly is enough of a gift, and an immunity superpower. Let’s hope!

Peachey Kennan is not her real name.