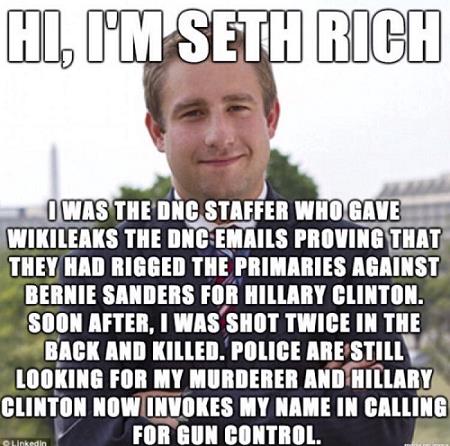 On December 29, 2016, the Obama Administration – with three weeks remaining in its term – issued harsh sanctions against Russia over supposed election interference.  Two compounds in the United States were closed and 35 Russian diplomats were ordered to leave the country.

In the two years that have elapsed since, it has been learned that the “intelligence” that formed the basis for the sanctions was beyond dubious.

A single unverified “dossier” compiled by an ex-British spy with no discernable connections to Russia was shopped to FISA judges and the media as something real.

The dossier was opposition research by the Hillary Clinton campaign, a fact that was not disclosed and actively hidden by off-the-book transactions through the law firm Perkins Coie.

As a dog that chases its tail, the fake dossier was being used to cause the investigation which itself lent credibility to the notion of Russian interference.

James Comey’s FBI and John Brennan’s CIA thumbed the eye of an armed nuclear state based on false intelligence.  Why?

The answer is now obvious: to cover up their own election year shenanigans they thought would remain forever hidden in the inevitable Hillary Clinton victory.

Russian collusion had first come to the electorate’s attention in July 2016.  The DNC had lost a cache of its emails either to a phishing scheme or to a hacker.  The emails showed the Clinton campaign and the DNC conspiring to fix primaries against Bernie Sanders.

The outcry among Sanders supporters was sufficiently loud that DNC chairperson Debbie Wasserman Schultz resigned on the eve of the democratic convention.

It was a huge scandal.  To squelch it for their expected future boss Hillary Clinton, James Comey’s FBI and John Brennan’s CIA constructed a Rube Goldberg machine of “Russian collusion” to blame Trump.

The FBI never bothered to test the computers for a hack.  That task was left to CrowdStrike, a private contractor whose CTO and co-founder, Dmitri Alperovitch, is a Russian and a senior fellow at the Atlantic Council, which is funded by Ukrainian billionaire Victor Pinchuk, a $10 million donor to the  Clinton Foundation.  The fix was in.  CrowdStrike dutifully reported that the Russians were behind the hack.

These analyses showed that the email files were removed from the computer at a speed that makes an off-site download from Russia impossible.  The DNC e-mails were copied onto a USB device, such as a thumb drive, by someone physically at the DNC headquarters, not downloaded via a remote connection on the Internet.

Thus the “hack” of the DNC was actually a leak, not a hack. It was a leak by someone at the DNC, not Russian hackers, who provided the data to WikiLeaks.  The suspicion of many is the leaker was Seth Rich and was murdered for doing so.

Incredibly, Trump was placed on the defensive for email leaks that showed his opponent fixing the primaries.  His campaign chairman, Paul Manafort, resigned because of past dealings with Russia.

Trump protested by stating the obvious: the federal government has “no idea” who was behind the hacks.

The FBI and CIA called him a liar, issuing a “Joint Statement” that suggested 17 intelligence agencies agree that it was the Russians.  Hillary Clinton took advantage of this “intelligence assessment” in the October debate to portray Trump as Putin’s stooge.

She said, “We have 17, 17 intelligence agencies, civilian and military who have all concluded that these espionage attacks, these cyber-attacks, come from the highest levels of the Kremlin.  And they are designed to influence our election. I find that deeply disturbing.”

The media’s fact checkers excoriated Trump for lying.  It was the ultimate campaign dirty trick: a joint operation by the intelligence agencies and the media against a political candidate.

Trump won anyway against this level of cheating.  It has since been learned that the “17 intelligence agencies” claptrap was always false.  Powerful insiders at Comey’s FBI and Brennan’s CIA authored the intelligence assessment and deceptively packaged it as a consensus.

By December 2016, the FBI and CIA needed something to justify their illegal wiretaps and spying.  If not the quid, they at least needed the pro quo: an event that could be portrayed through a hard squint as collusion.

They were not without means.  They had members of Trump’s transition improperly wiretapped.  If they could catch one making a concession to the Russians, they could say “gotcha” – this proves you were always in bed with them.

That is when the CIA and FBI shopped their phony intelligence assessments to President Obama and he sanctioned Russia.  Then they listened in on the Trump transition’s conversation with the Russian ambassador the next day.

Surely General Flynn, Trump’s incoming national security advisor, would scoff at the sanctions and promise to lift them.  That would be the pro quo that proved the quid.   They would finally have anecdotal evidence that showed Trump delivering for Putin.

General Flynn, though, was uncharacteristically noncommittal.   It didn’t work.

The machinations that followed, the secret memos and special counsel, the prosecution of Flynn anyway for what happened in his conversation, the whole sordid mess, is a cover-up.

One person has the constitutional responsibility end this nonsense.  Attorney General Jeff Sessions, who himself was duped into recusing himself by since discredited intelligence, should bow to recent disclosures of impropriety and say enough is enough.

His Inspector General will be issuing a report to him sometime soon.   Maybe then he will lift his recusal and start the prosecutions.  People should go to jail for this.

A lot of people – not just James Comey, John Brennan, and James Clapper.  A lot of others as well.

Thomas Farnan is a practicing attorney in Pittsburgh PA, where he is a contributor to the Pittsburgh Post-Gazette as well as Forbes Magazine.