2 The Point News » Ledeen's Lair » Members Only » HOW DO WE KNOW WHAT’S GOING ON IN IRAN?

HOW DO WE KNOW WHAT’S GOING ON IN IRAN? 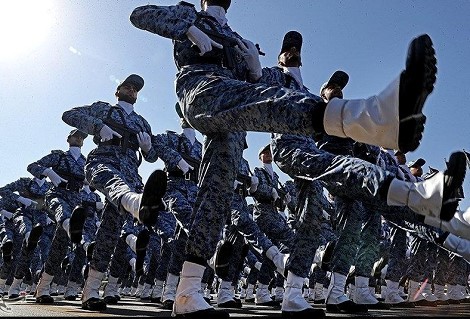 The Israelis captured copious secret Iranian documents that demonstrate the Islamic Republic long worked on underground nuclear facilities at Parchin. Now a detailed analysis of the Iranian scheme has come out, and it warrants close attention.

The analysis shows that the Iranians’ secret nuclear program was successfully hidden from Western intelligence services (including our own) and from the IAEA, the UN’s International Atomic Energy Agency, which is supposed to monitor Iranian operations.

Here is the key conclusion:

“The provisions of the JCPOA (aka the “Iran Deal—ML), with the current IAEA monitoring regime, would not be able to detect and precipitate action in time to block Iran from dashing to a nuclear weapon within a short period of time, particularly as restrictions on enrichment start to end beginning in five years.

The United States and parties to the JCPOA should work now to prevent a renewed Iranian nuclear crisis, before time runs out.”

In other words, until Mossad agents made off with the extensive Iranian archive, the West had no serious information about the Iranian secret nuclear program.  This includes Israel, presumably the best informed of them all.

It’s an alarming fact, especially to yours truly, who wrote several times that there was an important underground military facility beneath Parchin, which the Iranians blocked to IAEA inspectors.  My sources were Iranians, not agents of a Western spy group, and it worries me a lot that Mossad and CIA, with all their wealth and talent, were not able to get the same information.

Are they any better today?  Or was the raid on the Iranian archive a one-off operation?  I have always thought that the Israeli government, whoever the prime minister, would be forced to take spectacular action against the Tehran regime when and if it emerged that the Iranians were closing in on nuclear weapons.  But what if the Israelis didn’t know?

These unhappy thoughts were reinforced by several interviews given by Israeli Lt. Gen. Gadi Eisenkot, who is retiring as the chief of staff of the Israel Defense Forces.

He reveals that the IDF struck Iranian targets in Syria “thousands of times” without ever taking credit for it, and says—correctly in my opinion—that the Iranians made a mistake by confronting Israel in an area where the Israelis held both intelligence and aerial superiority. He says that:

“Iran is retreating from Syria, in large part because of the power struggle in Iran between the Revolutionary Guards faction, led by its Quds Force commander Qasem Soleimani, who is exporting the Islamic revolution, and the more moderate faction led by President Hassan Rouhani, who wants to invest in the tottering economy rather than wars abroad.”

Certainly, General Eisenkot is fully entitled to take pleasure in the Israeli air and ground assault on Iranian bases in Syria. But it is disconcerting to see he has fallen for the nonsense about a presumed conflict between Suleimani and Rouhani.

The orders that enabled the Quds Force and Hezbollah to turn Syria into a near-colony of Iran came from Supreme Leader Ali Khamenei, and so far as we can tell, Rouhani was totally on board.

It sounds as if Israeli military intelligence has failed to understand what’s going on within the Islamic Republic.  It isn’t a power struggle between a radical and a moderate faction. It’s a rejection of regime strategy by the bulk of the Iranian people.

It all goes to show you that bad intelligence doesn’t automatically lead to bad policy.  A valuable lesson indeed.

Michael Ledeen is a Freedom Scholar at the Foundation for Defense of Democracies.