2 The Point News » Guest Authors » Members Only » HOW DID THE PENTAGON BECOME MENTALLY ILL?

HOW DID THE PENTAGON BECOME MENTALLY ILL? 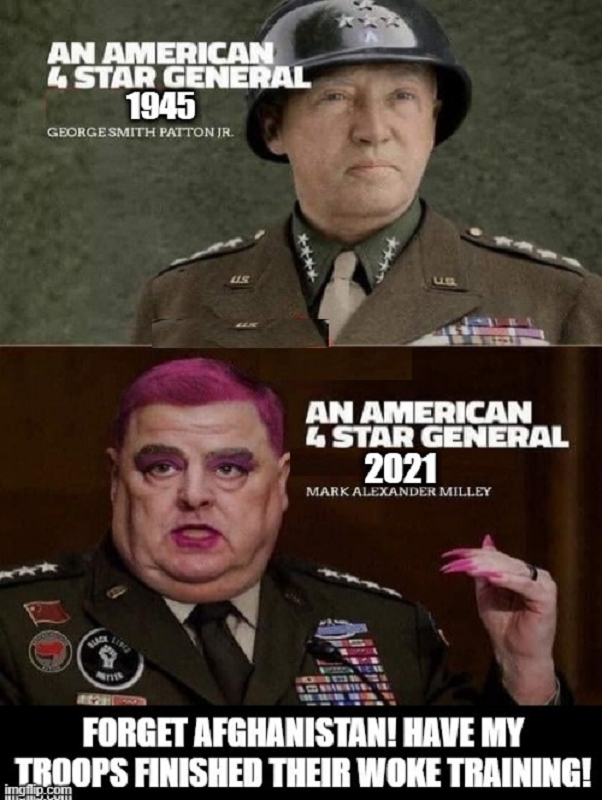 The fall of Kabul is not the end, as Joe Biden seems to think, of the Afghanistan nightmare.

It is the beginning of a never-ending bad dream. Biden and the Pentagon have managed to birth a new terrorist haven, destroy much of U.S. strategic deterrence, and alienate our allies and much of the country.

In the hours after the horrific deaths of 13 servicemen, we have been reassured by our military that our partnership with the Taliban to provide security for our flights was wise.

We were told that the terrorist victors share similar goals to ours in a hasty American retreat from Kabul.

We were reminded that Afghan refugees (unlike U.S. soldiers) will not be forced to be vaccinated on arrival. Such statements are either untrue or absurd (actually both).

On the very day of the killing of Americans, the command Sergeant Major of the U.S. Army Michael Grinston callously reminded us in a tweet that diversity is our strength in commemorating not the dead, but Women’s Equality Day. Here’s the Daily Mail headline: ‘We’re More Lethal When We’re Inclusive’: US Army’s Top Sergeant Major Is Branded ‘Shameful’ After Sharing Women’s Equality Day On Day ISIS-K Suicide Bomb Killed 13.

If so, then is the opposite of diversity—unity—our weakness? Will such wokeness ensure that we do not abandon the Bagram airbase in the middle of the night without opposition?

Recently the Office of Naval Intelligence, in reaction to the Kabul news, warned all its active duty and retired service members that they must not criticize their Commander-in-Chief Joe Biden. The office correctly cited prohibitions found in the Uniform Code of Military Justice barring any disrespect shown to senior government leadership.

That is true. And indeed, the U.S. Marine Corps just relieved from active duty a lieutenant colonel who posted a video accurately blaming the military and civilian leadership for the Afghanistan nightmare.

But until January 20, retired top brass had constantly smeared their elected commander-in-chief with impunity.

Recently retired General Michael Hayden retweeted a horrific slur that unvaccinated Trump supporters should be put on planes back to Afghanistan where they presumably would be left to die. Hayden earlier had compared Trump’s border facilities to the German death camps.

Other generals and admirals in 2020 variously called their president an emulator of Nazi tactics, a veritable Mussolini, a liar, and deserving to be removed from office sooner than later.

None of these retired politicized four-stars faced the sort of repercussions that the Office of Naval Intelligence just warned about.

Fifty retired intelligence officials on the eve of the November balloting signed a letter preposterously suggesting that Hunter Biden’s missing laptop—his third to be lost—and its incriminating contents might be “Russian disinformation.” They used their stature and positions for political purposes to convince the American people that a true story was a lie.

Well, they should have issued that warning earlier when the violations of fellow retired officers were even more egregious in the election year 2020.

Chairman of the Joint Chiefs General Mark Milley apologized for doing a photo-op with President Trump, erroneously buying into the lie that Trump had ordered rioters cleared from Lafayette Square for the staged picture.

Yet the politicized Milley never offered a correction of his first apology. Worse, Milley leaked to toady journalists that he was so angry with Trump that he “considered” resigning.

Think of that irony.

If Milley considered a politicized resignation to rebuke Trump over the false charge, then surely he could now consider a real resignation after overseeing the worst military disaster of the last half-century in Kabul.

A busy Milley had promised to root out white supremacy from the ranks while recommending that his soldiers read Ibram X. Kendi’s racialist diatribes.

Secretary of Defense Lloyd Austin likewise vowed an internal audit of military personnel to chase the phantoms of white supremacy. Does Austin also profile his targets by their being “overrepresented” in terms of the dead in Afghanistan and Iraq?

Something is terribly wrong in the ranks of America’s top commanders that reflects something wrong with the country.

Instead, can it just explain why the Bagram Air Base was abandoned by night? Why suddenly are the terrorist Taliban our supposed “partners” in organizing our surrender and escape?

Which general allowed over $85 billion in American weapons to fall to the Taliban—a sum equal to the price of seven new U.S. aircraft carriers?

Who turned over to the Taliban the lists of Americans and allied Afghans to be evacuated?

Who left behind 7,000 biometric scanners that the Taliban are now using to hunt down our former Afghan friends?

Somehow our new woke Pentagon is hell-bent on losing the trust of the American people—along with the wars it fights abroad.