HOW DEMOCRATS COULD STEAL THE MIDTERMS 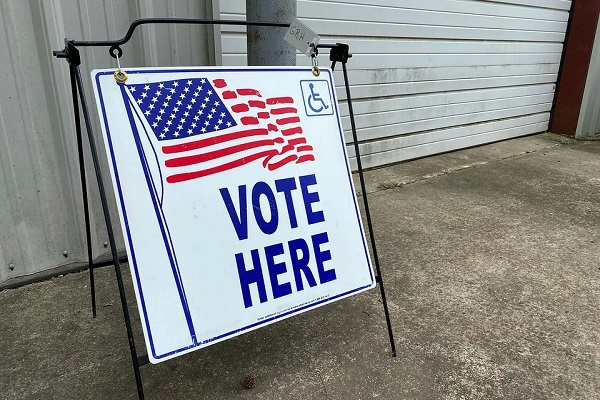 By now everyone with two working brain cells knows, or pretends not to know, that Democrats cheated on a colossal scale to get Whisperin’ Joe into the White House.  So it’s safe to say that Republicans, having wised up to the Donks’ stratagems and skullduggery, will capture both House and Senate in next year’s midterms.  Right?  Yes.

That is, assuming elections actually take place on November 8, 2022.

Who doubts that Democrats, with a death grip on power now, are capable of anything to keep Pelosi and Schumer on top and Biden’s cabal in the White House calling the shots?  Well, in a takeaway from those absconding Dem Texas legislators, you can’t be defeated if you don’t show up for the game.

Fixing a presidential election proved simple; given the number of candidates involved, rigging midterms would be a reach.  An alternative?  Regarding national contests, things get complicated, but here are two money quotes from a 2004 Congressional Research Service report on federal elections:

*Congress would have the power, by statute, to “postpone … House and Senate elections,” and

*”Congress could enact a statute delegating the authority to postpone an election to the Executive Branch.”

Justification for either action?  “Terrorism,” “calamitous events,” and the ambiguous “national emergency” — such as, say, civil disorder on a massive scale leading up to Election Day.

To sow confusion, some are wearing MAGA hats.  Mayors and governors appear caught by surprise and announce that it will take days to get the National Guard in to quell disturbances.

The left and its allies in the media will highlight the disturbances and accuse white supremacists and Trump sympathizers of fomenting unrest in hopes of dissuading voters from leaving home to cast ballots for Democrat House and Senate candidates.

The January 6, 2021 “insurrection” idiocy (with American citizens in custody for months for trespassing) will be revived by the MSM to muddy the waters.

The truth is that street agitators in the employ of Dem strategists would give cover to congressional Democrats to request that President Biden postpone elections until order can be restored.  Republicans would scream bloody murder, but leftist newspapers, TV networks, and social media would mute the outrage and ridicule “conspiracy theories” about chaos in blue states’ large cities.

The courts would become involved, but with lawyers battling it out, who knows how long it would take to even reschedule elections?  Indefinitely?  President Biden might say he cannot guarantee the sanctity of a delayed vote until affected states affirm they have established new voting venues and can keep them functioning.

With a heavy heart, the president declares a national emergency and delays the vote.  And delays it some more.

Raise your hand if you believe today’s Marxist/Democrat Party would draw a line at employing sedition and violence to hold on to power.

Raise it higher if you don’t believe that the aim of this regime is to silence and eventually criminalize all opposition to its agenda.

Steve Grammatico is the author of You Hear Me, Barack? PC-Free Conservative Satire.