2 The Point News » Rahn on Econ101 » Members Only » HOW CAN PRESIDENT TRUMP KEEP OUR ECONOMY GROWING?

HOW CAN PRESIDENT TRUMP KEEP OUR ECONOMY GROWING? 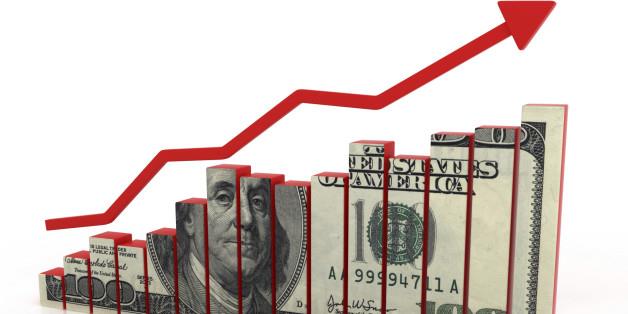 Will the economy grow in the next two years?

President Trump had a plan to grow the economy when he took office — cut tax rates and get rid of many counterproductive regulations. It worked. The economy grew at a 3 percent rate last year, and employment grew to the point where there were more jobs available than workers to fill them.

The world economy is slowing, particularly in Europe. This slowdown will have a negative effect on the U.S. economy as the global demand for U.S. goods and services will be lessened. The Trump administration needs a new economic game plan or growth will diminish.

Without new pro-growth policies, economic growth will wane, for the following reasons.

*Government spending is continuing to grow at a faster rate than GDP, which is a drag on the economy.

Remember that Former President Obama’s trillion-dollar bailout program after the financial crisis was supposed to create 4 percent growth? It did not happen.

*The president’s new budget does virtually nothing to reform “entitlement programs,” probably because he knew that nothing meaningful would get through the Democrat House. The Republicans had their chance when they controlled both houses of Congress and the executive — but they blew it — because of both weak-kneed leadership and wimpy representatives.

*The tax cuts had a very beneficial effect, but much of the effect was “one-off” in that they did increase economic growth for a year and raise the permanent level of GDP, but will have little effect on future economic growth. There are still many provisions in the tax code that are counterproductive and, hence, if eliminated, would give another stimulus to growth.

The Democrat House will probably resist any further rate reductions, even when they can be shown to be beneficial, but there are some things that can be done administratively. The IRS, rather than the Congress, has defined what is meant by a “capital gain.”

Economists would not include the inflation portion of a gain as income, as has been done by the IRS. Some portions of the tax code are already indexed for inflation, and “capital gains” should be defined as real gains, and not the gains from inflation. A number of tax law experts believe that change can be made administratively and should be done.

*The capital gains tax should also be removed from commodities trading, including cryptocurrencies like Bitcoin. The tax provides no net revenue since gains and losses tend to net out, it is a huge administrative burden, and it makes law breakers out of those who trade cryptocurrencies and don’t keep very precise records of all of their transactions — which is most people.

*Many of the new tariffs are downright destructive (despite the claim they are temporary), and the uncertainty caused by the tariff initiative undermines investment and growth. The President still seems to lack an understanding of trade economics, given his ill-informed statements about “trade deficits.”

[Note by JW:  The President does have an excellent understanding of trade geopolitics, which is why his trade policies with, e.g., China’s mercantilism have been and will continue to be successful.]

*The deregulation effort during the first two years of the Trump administration was very successful but much of the momentum has now waned; however, enormous economic benefits can still be achieved by eliminating or modifying tens of thousands of useless and counterproductive regulations that are still on the books.

This is particularly true with the financial regulations, which are unduly burdensome on smaller banks and financial institutions. Many of the anti-money laundering regulations do not meet basic cost-benefit standards, including the new proposed “beneficial ownership” regulations.

*There are dozens of actions, both large and small, that the administration could take to renew and spur future economic growth. A number of public-policy organizations have provided many good ideas.

Notably, David Burton, a senior fellow in economic policy at The Heritage Foundation, in testimony before the Committee on Small Business of the House of Representatives, provided a specific list of 97 things that could be done to free up the economy.

Peter J. Wallison, former general counsel of the U.S. Treasury and a senior fellow at AEI, has written an excellent new book, “Judicial Fortitude,” which lays out a path for freeing us from the economic and liberty drag of the administrative state.

There is not a dearth of ideas of how to keep economic growth at a high level — what is needed is a plan from the President of how to implement them in a timely manner.