2 The Point News » Guest Authors » Members Only » HOLLYWOOD IS DEAD 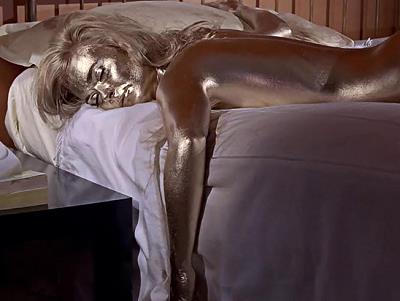 Yesterday (12/10), I received an email from the Motion Picture Academy informing me that if I didn’t pay my dues, I wouldn’t be able to vote in the Oscar nominations in a couple of weeks.

I debated for a few minutes.  Dues have inflated since I joined in the eighties and are now a hefty $450 per annum.  Nevertheless, spendthrift that I am, I bit the proverbial bullet and went for it. Call it the inability to break a bad habit. Or an addiction to the non-stop influx of screeners that arrive at my door every December, not that I watch many of them. (I suspect I’m not alone in that.)

But it wasn’t just the money that had made me hesitate.  On one level, I wouldn’t have re-upped up for $4.50, let alone $450.  I mean — what was the point of this? Does anybody care who wins the Oscar anymore?  I certainly don’t — and I’m a voter.

Even the recent dust-up over the Oscars now having no host, since Kevin Hart ankled (as they used to say in Variety) over obscure homophobic tweets for which he had apologized years ago — talk about tempest in a tea pot — was of little interest to me. Drudge apparently felt otherwise, having put the “scandal” briefly at the top of his page, but I suspect not many feel similarly.

This year the Oscars will continue on their downward spiral toward life support.

I’m tempted to answer my title question with a paraphrase of Preston Sturges’ great line from 1942’s “The Palm Beach Story,” made when movies were actually fun: “Hollywood’s not only dead, it’s decomposed.” (Sturges was referring to chivalry.)

But it’s not quite that. It’s kind of half-dead, lumbering along because people still want entertainment, but far from what it was because we all have too many other distractions.  Further, the quality is down, way down, bottom of the basement down. And it’s been that way for years.

This semi-rigor mortis is one of the key reasons we hear so much dimwitted left-wing political blather from Hollywood.

These people crave attention.  And if we don’t give it because of their movies, they’re going to get it one way or another. This also explains why in those endless YouTubes with earnest actors telling us why we should hate Trump, there are so many faces we don’t recognize.  At least it’s a gig for them.

On top of that, these people are among the worst conformists on the planet.  And if there’s one thing that’s the enemy of creativity, it’s conformity.

L.A. is one of Earth’s great centers of group-think. Heaven help the apostate.  Being a Republican in Hollywood is like being an Christian evangelical in Mecca.

The latest major Tinseltown excrescence comes from Meryl Streep, widely regarded as our finest serious actress. (She’s too technical for my taste, but give her her props.)

Finest Actress Streep on Sunday (12/09) said that the country “should be afraid” of President Trump because of what she thinks the president might do to keep himself and his family out of trouble, noting that she herself would “do anything” to get her children out of trouble.

“I’m scared. I’m scared by him, by his possibility,” Streep said during a sit-down with Stephen Colbert at the annual Montclair Film fundraiser in New Jersey.

The actress was on with Colbert to hype this year’s movies to drum up interest in the Oscars.  Her favorite was what feels like the twenty-fifth version of “A Star Is Born.”

Not for me.  The only movie I have liked so far is “Crazy Rich Asians,” which is a throwback to forties romantic comedy, but set in Singapore — beautiful people eating fabulous-looking street food.

But that’s only my opinion.  Everyone’s got one.  What’s more interesting about Streep’s performance with Colbert is how she pretended to evince sympathy for Trump, almost in the manner of what we used to call a “concern troll.”

Streep’s a smart woman and is fully aware of growing resistance to Hollywood from the right, a significant part of the audience. She was running interference.

Unfortunately for her, it’s already too late.

Hollywood may not be entirely dead, but it’s certainly dead for most all conservatives.  Few go to many movies and who can blame them?  Fortunately for them, however, they’re not missing much. They should be reassured that Hollywood isn’t all that important anymore.

Conservatives really do have something to worry about, but it’s not entertainment.  That’s voluntary. It’s education.  That’s not.

I may vote in the Oscars this year, but I doubt that I’ll watch them.

Roger L. Simon – co-founder and CEO Emeritus of PJ Media – joined the Academy of Motion Picture Arts and Sciences in 1983.  He was nominated for an Oscar in screenwriting in 1989.