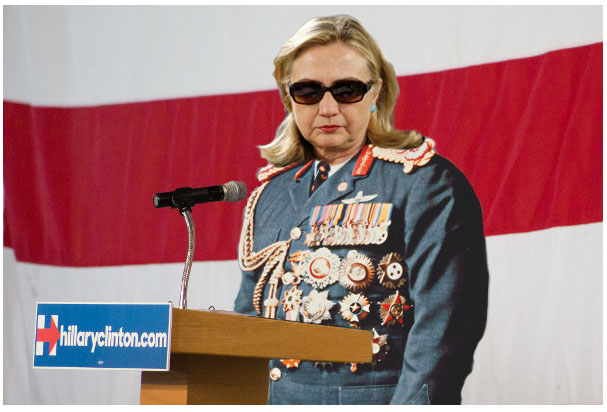 Determined not to be outdone by her opponent after Donald Trump announced that he had been given a Purple Heart, Hillary Clinton appeared at campaign rally wearing all of the medals she has been given by her supporters.

Thanks to the 9th Circuit Court of Appeals declaring that the Stolen Valor Act was unconstitutional, Hillary supporters have been able to lavish all types of military decorations on the presidential candidate, including several Purple Hearts, the Congressional Medal of Honor, Victoria Cross, Order of Lenin, and the Knights Cross with Diamonds, Swords and Oak Leaves.

The news media briefly paused from their negative coverage of Donald Trump to state how presidential Hillary Clinton looks with her justly deserved medals.