2 The Point News » Guest Authors » Members Only » HAVE YOU NOTICED THAT WOKENESS HAS JUST DIED?

HAVE YOU NOTICED THAT WOKENESS HAS JUST DIED? 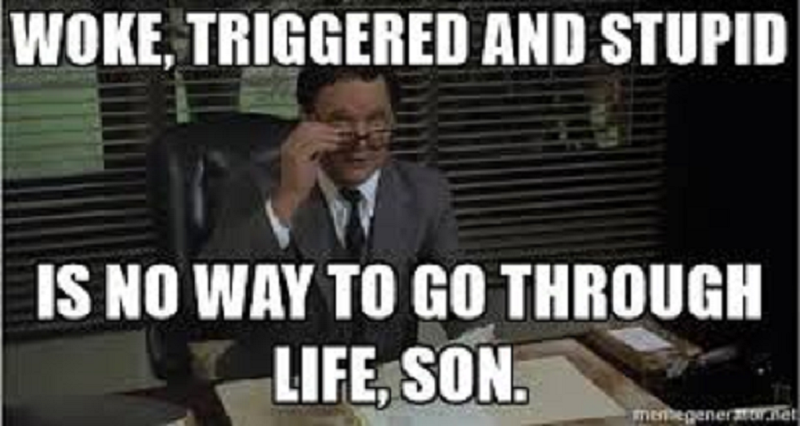 White Leftist politicians and hipsters have already killed wokeness in American culture.  They just don’t know it yet.

There’s been this repeating cultural joke occurring throughout my lifetime that, for some reason, never seems to be recognized by those who are ridiculed by its many iterations.

That is, when liberal white hipsters adopt any cultural fad, they manage to end the fad by making it spectacularly unpopular in no time flat.

A terrific modern example of this might be liberal white hipsters co-opting fashion and social trends that were prominent in gay culture in the early aughts.

Shows like “Queer Eye for the Straight Guy” and “Sex and the City” created what was then known as the “metrosexual” fad that swept America. Up to that point, the cultural aesthetic of the urbane, somewhat androgynous fashion trends that were highlighted on the show had largely existed among men only in the gay subculture, making it a unique expression of that specific identity.

But once it was adopted by white hipsters, it became part of the cultural status quo, and the trend died almost overnight.

Which brings us to being “woke,” and how it went from being somewhat culturally subversive to being a prerequisite of participating in today’s cultural status quo.

Before 2014, “stay woke” was in common use in the black community, explains Aja Romano at Vox, but it didn’t carry all the weight it’s dragging along today.  It simply meant that one should remain “alert to the deceptions of other people” as a “basic survival tactic.”

Most would agree, that’s generally just pretty good advice.  It wasn’t until the Michael Brown shooting in that year that it took on a more explicit meaning as it relates to racism in American policing.

Despite the fact that Officer Darren Wilson was entirely innocent of any wrongdoing, and was exonerated in the court of law and by several investigations, including an investigation by Barack Obama’s DOJ, the “Hands up, don’t shoot!” lie was so culturally pervasive that the term “woke” began to mean, specifically, keeping “watch for police brutality and unjust police tactics.”

Even still, the term remained pretty limited in its use.  It wasn’t until liberal white hipsters and left-wing politicians later coopted the term, however, that it became a catchall phrase signifying the noble opposition to anything radical progressive ideologues don’t like.

All of a sudden, being “woke” began meaning everything that a rich white kid from Menlo Park who attended U.C. Berkeley wanted it to mean, from demanding free college, healthcare, and housing at taxpayer expense to the abolition of law enforcement in the United States.

“I continue to be amazed by the fact that I have no idea what people are referring to when they use the word “woke” or its derivatives. I keep trying to catch up, but the word’s meaning morphs at a tremendous pace.

For the record, this used to be the very simple definition of woke: “alert to injustice in society, especially racism.”

I can’t imagine many people who use the word pejoratively now can recognize it.  But know that the distortion was intentional.”

That last sentence couldn’t be more correct.  And he’s right to be annoyed by this.  The original definition of “woke” is generally inoffensive to anyone.  Most Americans abhor racism, and generally look to be alert to signs of it.

But along come these rich, white leftist hipsters and politicians to capitalize on the popularity of the term, attaching all of their amorphous, yet openly communist, connotations.

“The Left will always overreach in their zeal for more power, but just like in 2016, they’re disregarding the interests of hard-working Americans in favor of woke extremism, including massive tax increases on the middle class, open borders, defunding police, climate fanaticism, and destabilizing energy policies that are hitting the pocketbooks of everyday citizens.”

The word “woke” now represents a communist’s wish list for American policy, and there’s not a single person who can deny that the word “woke” now signifies a devotion to any or all of those political ambitions that Serrano describes.

And while the word began as a countercultural signal in the black community meant to highlight a specific and important issue, the myriad unrelated and radical policy positions that have been later assigned to the term are now being championed by Hollywood, the news media, multi-billion-dollar corporations, Big Tech, and the now-seated ruling regime in American government.

If all of that that doesn’t serve as evidence that “wokeness” is currently occupying the space of a status quo, then I don’t know what does.

Vivek Ramaswamy is a self-made biotech entrepreneur worth $600 million at age 36.  His book, Woke, Inc: Inside Corporate America’s Social Justice Scam, will be out in August. He notes:

“Wokeness is no longer about challenging the system.  Wokeness is the system.  That creates an opportunity for a new movement of rebels relative to the new power structure of wokeness.”

Given that the GOP is already scoring huge gains in delivering an “anti-woke” agenda, we’re likely already past peak-wokeness.  As it is, the signs of Peak Woke are everywhere.  Wokesters just haven’t realized they’re flogging a dead horse.

And, as is so often the case, white leftists coopting a cultural fad and attempting to reshape it for their own purposes have only hastened its demise. 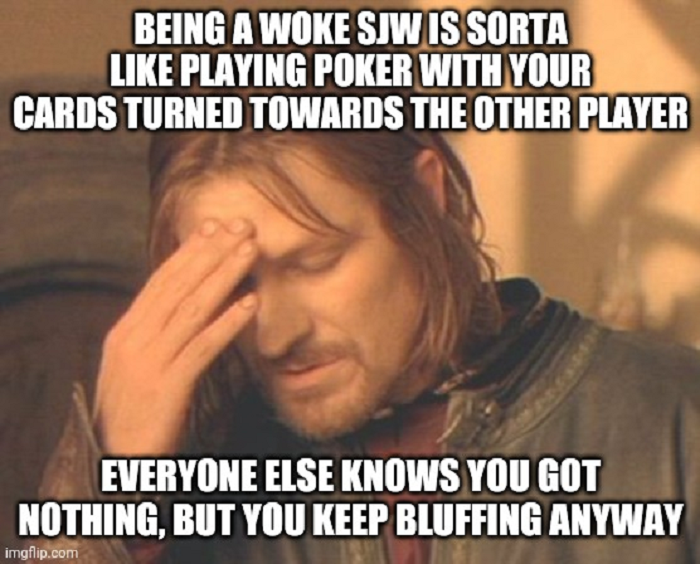 William Sullivan is a contributor to a number of conservative sites.