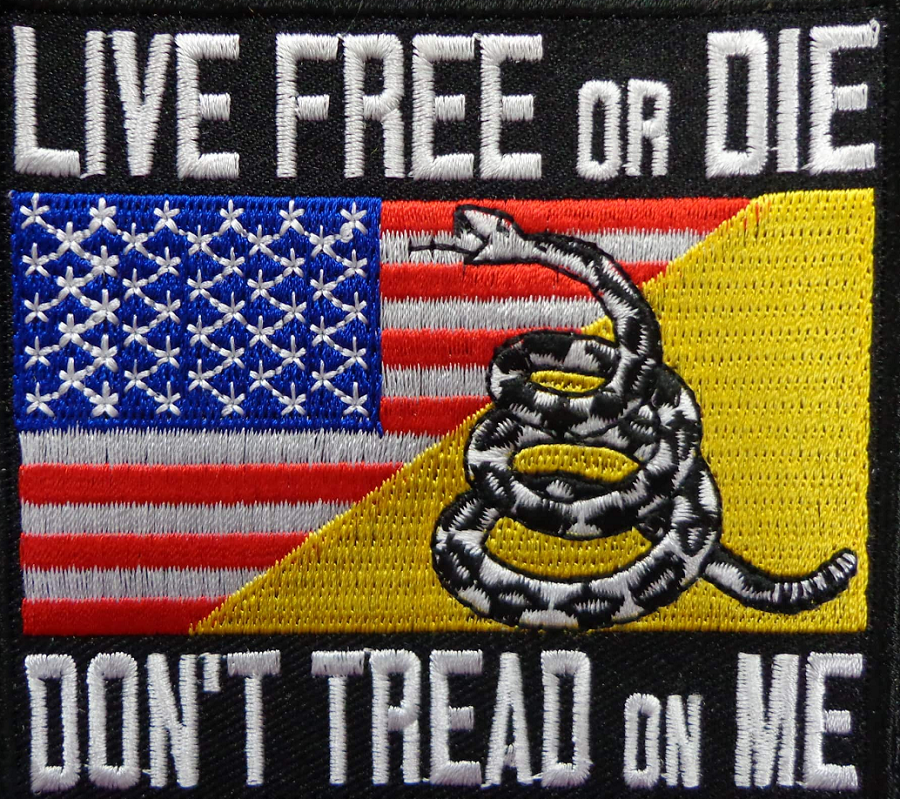 Greetings from Bali!  Our son Jackson and his wife Raya invited Rebel and me to spend Christmas and New Years with them, so here we are – we couldn’t ask for a nicer Christmas present.

It’s a 13-hour time change, however, between Washington and Bali, which means by the time I get the HFR done late tonight here, it will be early morning for you before any news today in the US.  If something world-changing does occur, I’ll post an Update tomorrow (12/19).

Sorry that didn’t happen last Friday, when the Coward Court betrayed America after the HFR was posted – and, my bad, when I learned of it early Saturday morning, I was too shell-shocked to respond.

The Coward Court continued its betrayal on Monday (12/14): SCOTUS Blocks Kansas from Requiring Citizenship to Vote.  How is possibly unconstitutional to require this?  The CC has now ruled that it is fully constitutional for illegal aliens to vote.  No wonder POTUS is disgusted: 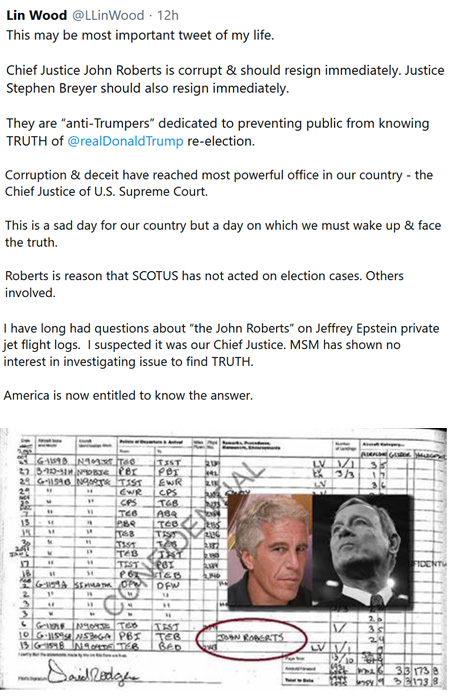 There is one fundamental fact of political reality:  everything the Left is allowed to touch, it ruins and destroys.

At the end of 2020, it becomes difficult to avoid hyperventilating over the ubiquitous scope of unadulterated Satanic Evil the Left has been allowed to perpetrate upon America this year.

The senior leadership of the FBI and DOJ have criminalized their agencies.  They are now criminal institutions on the side of murderers and thieves, refusing to protect Americans from them.  There may well be many fine FBI agents in the field – but if so, where are they to protest the FBI’s ruination?

Tens of thousands of Americans were murdered this year by Democrat politicians, propagandists, and “experts” who demonized and prevented access to the HCQ-Zinc-Azithro cure for what killed them.  The FBI and DOJ did nothing, being on the side of the murderers.

The overwhelmingly massive evidence of presidential election theft has been completely ignored by the FBI and DOJ, because they are on the side of the thieves.

The CIA is now a criminally traitorous institution on the side of Communist China against America, working hand in glove with the FBI and DOJ to assist, instead of preventing, the election of a stooge, puppet, and bribed agent of Communist China to be President of the United States.

And all of this with so much more to defeat one single man.

All the tens of thousands dying with life-saving drug denial, all the hundreds of thousands of businesses and millions of jobs destroyed with fascist lockdowns, all the never-ending tsunami of lies and deceit by Big Media and Big Tech, all the treason allowing China to subvert and control America from the Oval Office — ALL OF IT just to prevent the reelection of President Donald Trump.

And now the Supreme Court of the United States – including the Justices we were so very sure would protect us, Barrett, Gorsuch, and Kavanaugh – have acquiesced to this murderous, thieving, traitorous cabal to achieve its criminally insane and satanic goal.

So – as TTPer Paul Rosenberg asks, What now?

So… we now have no legality, no rule of law, no Constitution per the actions of all federal judicial and law enforcement in Washington.  What would it take for them to come to their senses?

“The president has to plan for every eventuality because we cannot allow this election and the integrity of our election to go the way it is. This is just totally unsatisfactory. There’s no way in the world we’re going to be able to move forward as a nation with this. He could immediately on his order seize every single one of these [Dominion] machines around the country. He could also order, within the swing states, if he wanted to, our military capabilities and he could place them in those states and basically rerun an election in each of those states.

It’s not unprecedented. These people out there talking about martial law like it’s something we’ve never done. Martial law has been instituted 64 times. I’m not calling for that. We have a constitutional process. That has to be followed. But I will tell you I’m a little concerned about Chief Justice John Roberts at the Supreme Court. We can’t fool around with the fabric of the Constitution of the United States.”

That cold shower might be what it takes for Barrett, Gorsuch, and Kavanaugh to grow their spines back, join Alito and Thomas, and start voting for America again whether Roberts likes it or not.  Perhaps all it might take is a back-channel whisper in their ears of what POTUS is prepared to do unless they shape up and fly right:

“You know, Amy (or Neil or Brett), you heard Charles say right to the Chief Justice’s face, “This is the end of democracy, John,” after he ordered you to “vote as your told” by him on Texas v Pennsylvania.  And Justice Thomas was right as rain.  So Amy, are you going to end democracy in America or save it?”

OK – that only needs to be done if Congress approves the Dem Electors on January 6. Realize that it will take both the new Senate and House to do so.  Now let’s review Debra Heine on TTP Tuesday (12/15):  Seven State Legislatures Choose Competing Electors to Competing Dem Ones.

None of the Dem Electors in Arizona, Georgia, Michigan, New Mexico, Nevada, Pennsylvania or Wisconsin were appointed by a majority of their respective legislatures, as the Constitution requires, which makes them illegal.  Instead they were “certified” by their Governors, Election Boards, or Secretaries of State – unconstitutionally.

Thus the Joint Session of Congress on January 6 will be presented with two sets of competing Electors in each of these seven states.  It is a fair bet that even with a shrunken majority of a handful of seats, the just sworn-in House Dems will vote to confirm all Dem slates, giving Cadaver 306.

HOWEVER – if the Senate gives at least 37 Electors (say from PA’s 20, Georgia’s 16 or Michigan’s 16, Wisconsin’s 10) to POTUS or simply declines to confirm either slate from these states adding to 37, then Congress fails to confirm and the presidency is decided by Contested Election.  Which POTUS will win.

Now Turtle knows this very well.  So why is he strongarming GOP Senators to capitulate and confirm Cadaver not their own President?

Who knows, who cares? Why doesn’t matter.  All that matters now is that Ted Cruz and Rand Paul lead a rebellion of their colleagues against McConnell, generate millions of messages to him of GOP donors saying they will never ever donate again, force him to capitulate, and ride herd ensuring a majority vote derailing confirmation.  If he could do it with the vote on ACB, he can do it for the President.  And POTUS should use whatever tactics are necessary for him to do so. As in, “Hey, Mitch, we need to talk about this.”

POTUS also needs to have a talk with his DNI John Ratcliffe.  On September 12, 2018, he issued an EO on Foreign Interference in a United States Election:

“I hereby order… Not later than 45 days after the conclusion of a United States election, the Director of National Intelligence, in consultation with the heads of any other appropriate executive departments and agencies (agencies), shall conduct an assessment of any information indicating that a foreign government, or any person acting as an agent of or on behalf of a foreign government, has acted with the intent or purpose of interfering in that election.”

45 days from Nov. 3 is today, Dec. 18.  Yet on Wednesday (12/16), Fox reported: “The 2020 Intelligence Community Assessment focused on foreign election influence will be delayed, Fox News has learned, amid a dispute among senior intelligence analysts over whether China sought to influence the election.”

Shouldn’t POTUS be on a secure line to Ratcliffe, saying, “John, what part of ‘shall’ don’t you understand?  If there’s a dispute between ‘analysts,’ it’s your job to decide who’s right, make your assessment, and deliver it to me on time when you’re supposed to by presidential order.  I expect it on my desk by 5pm on Friday.”

That’s some hours away.  We’ll soon know if Ratcliffe stands up or wimps out.

FYI.  You’ve noticed that my name for an egregiously corrupt China-owned senile politician with one foot in the grave is Cadaver as he looks like one.  There’s another especially funny one making the rounds now:  Bidet.

FYI-2. We all know what the Dems have on Cadaver-Bidet so he can be their stooge and puppet.  What do they have on his partner in crime, “Horizontal” or “Heels-Up” Harris?  That would be all the traceable bribe money she took for not prosecuting a number of powerful criminals when she was California’s attorney general.  A lot of them and a lot of money.

But as Paul asks, what do we do if the Hate America Fascists win?  Yes, it may end up with no recourse but real civil war with real guns.  But a lot will happen before that if it ever does.

An ancient Chinese proverb says a government will fall when it loses “the Mandate of Heaven” – legitimacy in the eyes of the people.  What then happens to a government that never had such a mandate in the first place?  Well over 100 million adult Americans will always know that Cadaver is an illegitimate thieving cheating occupant of the White House.

Accelerating this will be a totally corrupt FBI, DOJ, and Courts including the Corrupted faux-Supremes.  With that, the moral obligation felt by the vast majority of US taxpayers will be gone with the wind.  Tax-avoidance will become the same art form it is with the Greeks and Italians.

The reason the GOP Big Business Elite hates Trump is that he really is on the side of American workers getting good jobs, and is dead set against cheap labor with illegal aliens, which is what billionaire businessmen like Charles Koch and the Chamber of Commerce want.

They are all for Cadaver opening the borders’ flood gates to the world’s illegal aliens. This sets those hurt the most, Blacks and Latinos against the illegals stealing their livelihoods.  Expect BLM to start sending out assassination teams to take care of the problem.

Whenever there was any accident wreaking havoc within the Soviet Union, there would be Pravda headlines denouncing “the Wreckers,” the saboteurs out to ruin the Soviet sacred socialist economy.  And indeed, there was often such anti-Communist sabotage.

Our economy today is far more fragile with its far greater dependency on complicated technology, two examples in particular being a big Democrat-run city’s water and electrical supply.  Both of them are easily taken out and not easily nor quickly put back on line.  Blame their sabotage on the “wreakers” of Antifa.

The key strategy to collapse a terminally unpopular regime is not guerrilla war out in the countryside but the Triple U in the big cities:  Uncontrollable Urban Unrest.  Once they are made sufficiently ungovernable, a regime collapses.

We’re already well underway down this path with the Anti-Lockdown Protests.  As Dem-Fascist Governors clamp ever further down to suppress them, they will now be a springboard for a Triple U in state capitals forcing Dem Mayor and Governor resignations, and ultimately in Washington to force the resignation of Cadaver and Horizontal.

Guns may not be needed, just massive uncontrollable civil disobedience to get rid of this scum, replaced by a New America led by a legitimately real POTUS.

One way or another, what the Dems and the Left are attempting, not just the theft of an election but the theft of America itself, will not stand.  America will triumph in the end, and the end will not be far in coming.