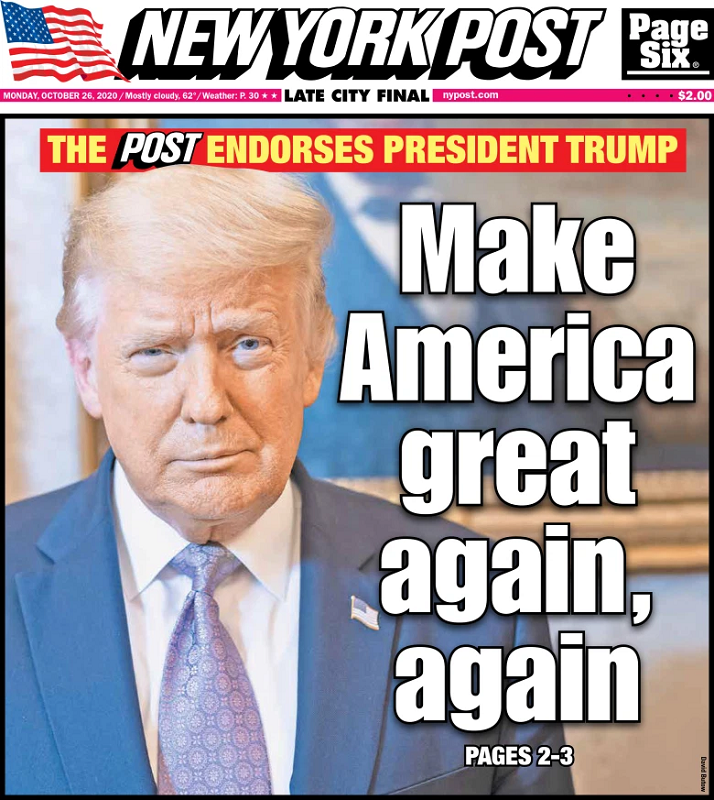 Welcome to the Halloween “Will America Live or Die in Four Days?” HFR.

I’m so in Terminal Anxiety that I have to tell you a story about the highest lake in the world, Lake Tilicho at 16,247ft in the Annapurna Range of the Himalayas in Nepal. 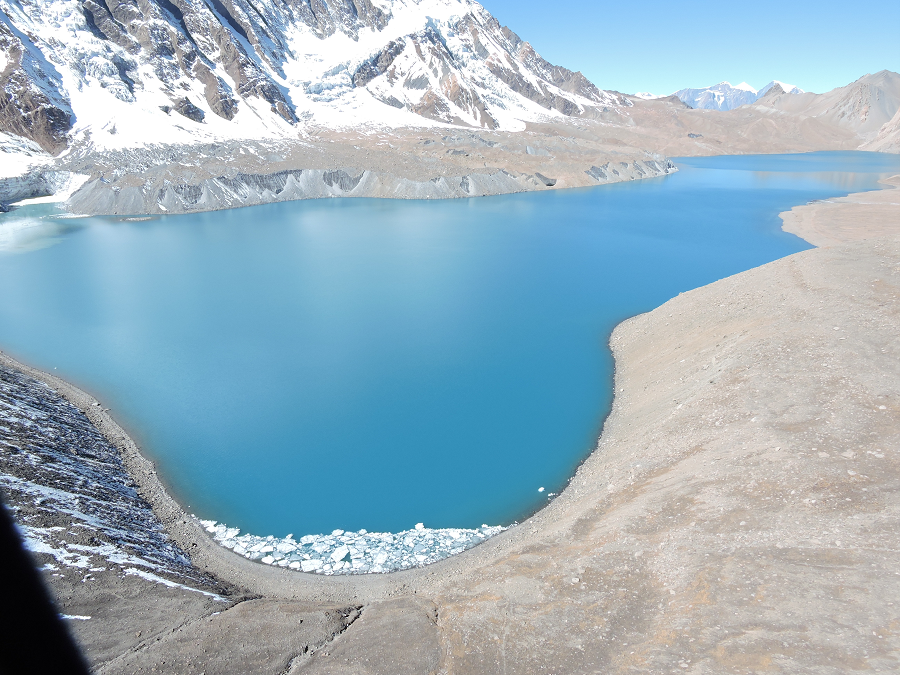 We landed our helicopters on the shore you see to the right about 10am on November 9, 2016 – meaning it was midnight east coast time in the US and we hadn’t heard a word on the results of Election Day, November 8.  I was in a state of unglued panic.  My traveling buddy and fellow TTPer Jerry Finn tried to calm me down to no avail.

“Dammit, Finn, it’s three strikes and America’s out – 1st & 2nd with Obama, now Strike 3 with Hillary,” I moaned.  The Old Marine put his hand on my shoulder.  “Not this time, Jack – America is going to hit this one out of the park.”  Before I could disagree, Finn’s phone buzzed.

Stunned that there was a signal up here, Finn saw it was a text message from his daughter Kelly.  He held it up for me to see: “Trump wins Ohio, North Carolina, Florida.”  I broke down and sobbed on his shoulder, “OMG he’s got a chance!”

By the time our helis reached Lo Manthang, the capital of the Tibetan Kingdom of Lo, we heard that Pennsylvania was in the bag.  It was looking good but it wasn’t over until it was over.  We were soon off in 4WD jeeps to explore the Nifuk Cave Gompa (monastery) and the Chhosar Sky Caves. 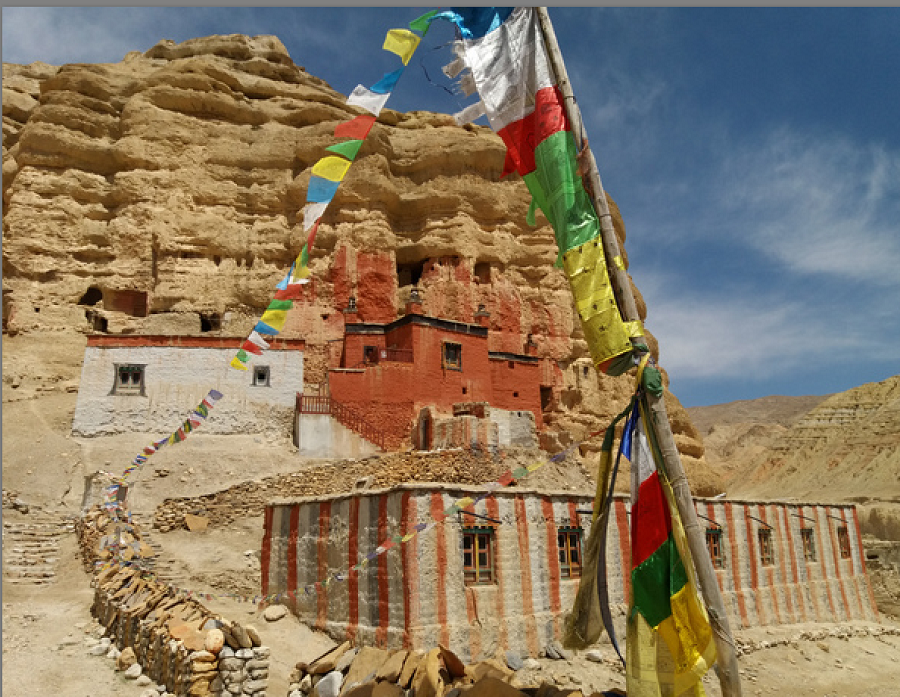 As I was arranging with the head lama for our visit to Nifuk, my whole group of eight called out to me, “Could you come here, Jack?”  It was not quite 1pm Nepal time.  They reached out to shake my hand, Finn saying, “May we be the first to inform you that Hillary has conceded. Donald Trump has been elected President of the United States.”  Tears of joy flowed among us  – I’m tearing now as I write this.

Four years later the hyper-anxiety has arrived once more.  Yet it’s the other way around.  Four years ago, it was could he win?  Now it’s how could he not win?  Four years ago it was a dream of possibility.  Now we face a nightmare of seeming impossibility – that the most accomplished first term President in our country’s history would be defeated by the most overtly corrupt, dishonest, stupid, senile and non-accomplished presidential candidate in our country’s history, and on a flat-out Marxist platform to boot.

That’s lunacy, right?  Or, as the Issues & Insights Editorial Board asks today (10/30): Is America Going To Let The Party Of Riots, Re-education Camps, Coups, Intolerance And Segregation Win The White House Tuesday?

Maybe.  Because here is the Must-Read right now, by Dov Fischer ereyesterday (10/28) in the Spectator: We Soon Learn Whether Most Americans Are Any Different From the Masses Who Fell in Line With Hitler and Stalin.

Dov asks: Is this the election when we throw 244 years of freedom away?

“Now it is our turn in history to see what the great, vaunted ‘American people’ do after four years of Pravda, Izvestia, and Der Stürmer–quality journalism. Fake news. Hidden news. Lies. Stories that have no root in reality. Real stories that never see the light of day. Censorship…

For four years Americans have been showered with false narratives and lies about Trump, all of which easily can be refuted by taking the time to dig deeper… But half the country doesn’t. Fearing Trump and conservatism more than they fear COVID, they self-quarantine from information and knowledge… Like idols and statues made of metal or plaster, they have ears but do not hear, have eyes but do not see, noses but do not smell a rat. They even have minds but do not think.

If we lose our freedoms in this country, it won’t be because China’s Xi took them away or because Putin or the North Korean Dough Boy manipulated Facebook. Only the much-vaunted ‘American people’ have the power in their hands to destroy the freedom of thought and conscience, the economic machine, the gift for invention and innovation, and the core goodness of spirit and willingness to be better that 244 years of greatness has endowed.”

And if they choose wrongly, he concludes, the error may not be rectified in our lifetimes if ever.

So what does Finn-san (what his friends call him) say now?  We’ll find out on the Forum, but my bet he’ll say just what he did at Lake Tilicho – boom, over the fence, out of the park.

No Democrat can win Florida without a huge turnout and big winning margins here to offset losses elsewhere in the state. But Democrats are turning out at lower rates than Republicans and at lower rates than at this point in 2016, when Hillary Clinton won by 29 percentage points here and still lost the state to Donald Trump.”

Or here’s hard core Dem Congresswoman Debbie Dingell scared and nervous on CNN yesterday saying, “It’s tightening here in Michigan. Yesterday, I had some of the autoworkers, who I thought were going to go back to Joe Biden, were very clear with me — they’re voting for President Trump.”

And even though Pubs do most of their voting on election day in Michigan, Republicans Now Lead in Michigan in Number of Ballots Returned.

“With 2,147,288 ballots cast, the GOP leads the early vote in Michigan. 41% GOP to 39% DEM. About 50% of the estimated total votes for 2020 have been cast… The speed at which the GOP caught up to the Democrats’ early lead has stunned some experts. Republicans were not supposed to catch up to Democrats’ early vote lead in Michigan until election day, under best case scenario.”

Same in Wisconsin: Republicans Storm The Polls, Now Ahead in WI:

Then there’s the black vote – without 90% of it Dems lose every time.  Rasmussen, one of the least biased and most reliable pollsters, shows yesterday (10/29) the reality: 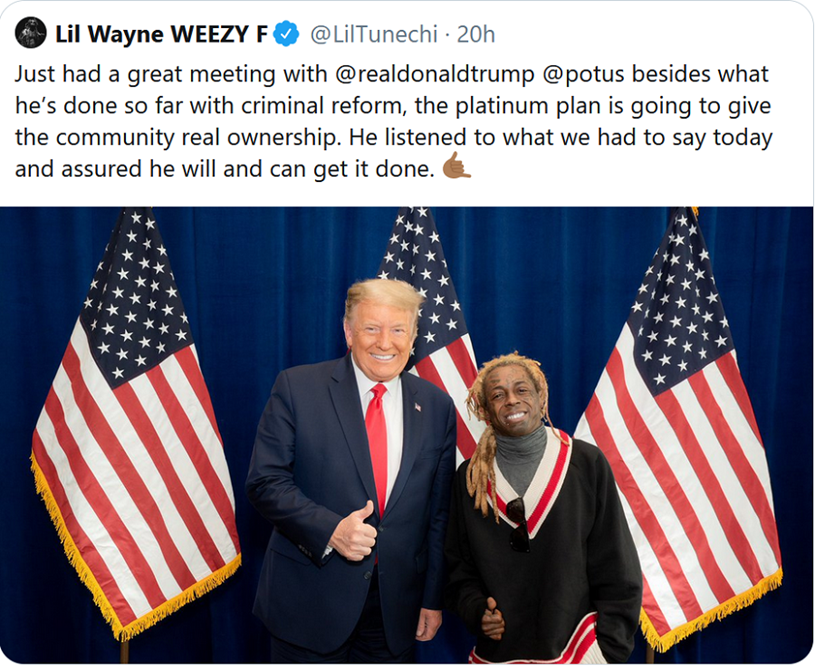 Hispanics are the same.  So much so that today (10/30), The Hill (the paper of Capitol Hill) reported:  Could Blacks and Hispanics hand Trump a November victory?

Answer:  You bet your sweet bippy they could.

And let’s also not forget the greatest one quarter V-shaped recovery is US history this week, double the previous record: U.S. GDP Grew 33.1% in Third Quarter, Fastest Expansion Ever.

Add to that in most every election in US history, a message of optimism triumphs over one of doom and gloom.  FLOTUS yesterday in Florida: 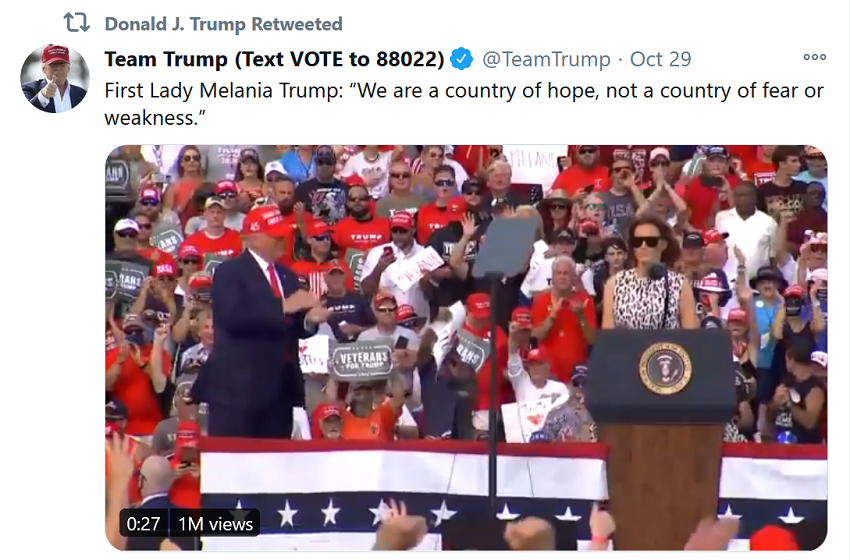 So, time to break out the champagne?  Let’s be serious.  The last thing we need is to be pollyannic.  One reason is this borderline treasonous SCOTUS 5-3 decision on Wednesday (10/28): North Carolina can count votes received 9 days after Election Day, Supreme Court says.

Note 5-3 – meaning Kavanaugh joined Roberts in this depraved vote.  No point in allowing Barrett to vote, right?  This is worrisome in the extreme.  We’re in for a nightmare of late voting and lawfare chaos that can only be resolved by SCOTUS, and if both Kavanaugh and Roberts join the libs, ACB is neutered and we’re screwed.

Do you know how schoolchild easy it is to fake a postmark?  A $3 rubber stamp duplicating it will do.

We’re going to switch reels here for a horrific graphic example of what’s at stake in this election.  One of Skye’s Links yesterday was this: BofA: Fed Will Use Digital Dollars To Unleash Inflation, Universal Basic Income And Debt Forgiveness.

It gets complicated so we’ll cut to the chase.

Here is the key section outlining the fascist nightmare proposed for all of us:

The experience with pandemic emergency payments has brought forward an idea that was already gaining increased attention at central banks around the world, that is, central bank digital currency (CBDC). Legislation has proposed that each American have an account at the Fed in which digital dollars could be deposited, as liabilities of the Federal Reserve Banks, which could be used for emergency payments. Other proposals would create a new payments instrument, digital cash, which would be just like the physical currency issued by central banks today, but in a digital form and, potentially, without the anonymity of physical currency. Depending on how these currencies are designed, central banks could support them without the need for commercial bank involvement via direct issuance into the end-users’ digital wallets combined with central-bank-facilitated transfer and redemption services.”

What is she talking about?  Something called FedNow Accounts:

“The FedNow Service is a new instant payment service that the Federal Reserve Banks are developing to enable financial institutions of every size, and in every community across the U.S., to provide safe and efficient instant payment services in real time, around the clock, every day of the year. Through financial institutions participating in the FedNow Service, businesses and individuals will be able to send and receive instant payments conveniently, and recipients will have full access to funds within seconds.”

“Instant payments” of “digital cash” to individuals’ “digital wallets” bypassing banks and any deposit in them.  Where does the money come from?  The Fed makes it up out of thin air without the slightest appropriation from Congress – completely unconstitutional but so is the Fed itself.  Quantitative easing to infinity. Every expenditure is traceable, no anonymity allowed as with real cash.  No savings allowed as the digital cash can have an expiration date so you have to spend it.

Only a reelected Trump could stop this Fed Fascism.  He could order a full forensic audit of the Fed, issue a Presidential EO to prohibit FedNow as only Congress can issue money.  Biden will greenlight the Fed with carte blanche.  Skye will have a lot more to say about this on the Forum so jump in the discussion yourself.

Can you imagine anyone not mentally ill voting for this guy?  This was in Pennsylvania yesterday:

Yet millions already have and will.  There is something deeply dysfunctional in the brains of a very substantial fraction of our fellow Americans.  Next week we meet a moment of truth for our country. I am hoping and praying for a Trump landslide that will sweep all this insanity aside and people come to their senses at last.

What I’m really hoping for is that this hope is not 100% fantasy.  A landslide is surely possible. Biden voters becoming sane?  That may be a bridge too far for most.  Hope and pray a lot, folks.  And batten down your hatches.  This is going to be a bumpy ride.