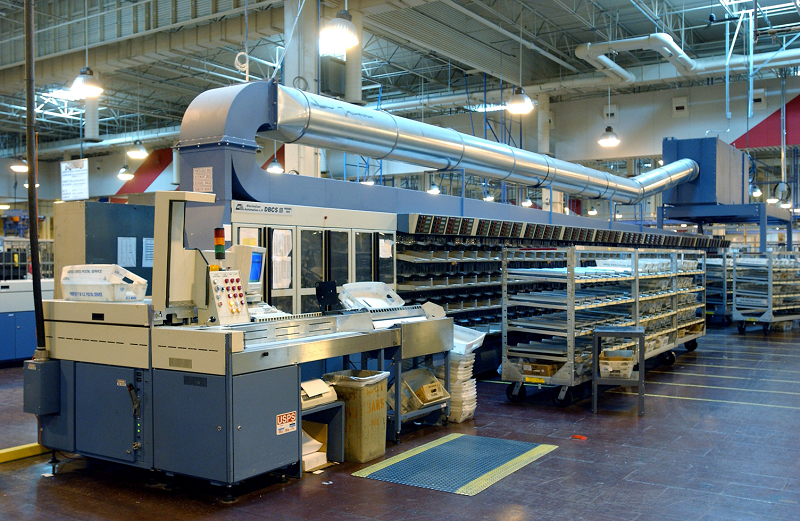 It’s tempting to call this the O Joy! HFR.  The entire Woketard World is suddenly on Four Alarm Hair-on-Fire Alert this week over a fellow named DeJoy.

Never heard of him?  You will.  The saga begins last May 6, when the United States Postal Service (USPS) issued this announcement: USPS Board of Governors Announces Unanimous Selection of Louis DeJoy to Serve as Nation’s 75th Postmaster General.

Note the vote was unanimous.  Look at the USPS Board’s bios.  All have outstanding business pedigrees, but only one, Robert Duncan is a clear Republican, while another, Ron Bloom, is a Dem having been a Special Assistant to the United Steelworkers Union President, and to President Obama in the White House.  After extensive professional vetting of two hundred candidates (see announcement above), they all tapped DeJoy.

The decision was bipartisan and nonpartisan – so why the uproar?  First, DeJoy is a GOP and Trump campaign “mega-donor” – so he’s being attacked just for that alone, such as the charge he has up to $75 million invested in “USPS competitors” like UPS.  But the real freakout came yesterday (8/13).  You’re going to love this.

Google US post office mail sorting machines and feel the smile spread across your face as you see stories like:

WaPo (8/13): Trump’s attack on the Postal Service is now a national emergency

So – Pelosi-Schumer demand billions for cheat-by-mail necessarily performed by USPS, POTUS says Fuhgeddaboudit, and the Dems go out of their mind because they know that’s the only way they can win.

And just by coincidence, the Postmaster General is disappearing the giant mail-sorting machines that would make it possible to send out the millions of cheat-by-mail ballots if the money were there to do so.   Are you Jumping for (De)Joy or what?

Oh, by the way, the Wall Street Journal responded to the Dem Freakout in an Editorial Board op-ed this morning (8/14): The Post Office’s Problem Isn’t Trump:

“Two months into his new job, Postmaster General Louis DeJoy is being keelhauled by Democrats for alleged sabotage of the U.S. Postal Service. Nearly 200 House Democrats signed a letter this week accusing him of acting to “accelerate the crisis” at the USPS. Apparently they missed the post office’s news release last Friday, when it reported losing another $2.2 billion last quarter. Congress has only itself to blame for this mess.”

“They are a revolutionary group that is interested in in some form of socialism, communism. They’re essentially Bolsheviks. Their tactics are fascistic. And your description of them (as ‘Marxist fascists’) is consistent with what I’ve seen… It’s a new form of urban guerilla warfare.”

“They were trying to impeach him [Trump] from day one. They have done everything they can. They’ve shredded the norms of our system to do what they can to drive him from office or to debilitate his administration.

I think it’s because of the desire for power that the left wants, power because that is essentially their state of grace and their secular religion. They want to run people’s lives so they can design utopia for all of us. That’s what turns them on, it’s their lust for power and they weren’t expecting Trump’s victory and it outrages them.”

“I’ve been appalled on this [Antifa/Black Lives Matter] violence because it’s happening right out in the streets. Anyone with eyes can see what’s happening. They see the violence. They see these groups of agitators in their black outfits, and their helmets and their shields, which incidentally have the hammer and sickle on them most of the time rushing the police, causing violence, throwing rocks, people showing up with the rocks and the frozen bottles.

On the Russia Collusion Hoax:

“It is the doomsday scenario of abuse of government power, which is the party in power uses the Police and Intelligence Services to tilt the field against their political opponents. And that’s — you know, that’s terrible from a governmental and Civil Rights standpoint.

But the media was part of this. That’s to me probably the worst aspect of it. The so-called watchdogs of the system, they became attack dogs. They weren’t watchdogs. They had no critical — they didn’t use any critical faculties and facts, things that were clearly preposterous they took hook, line and sinker and they fanned the flames of this worse than anybody else.”

“The idea that without any request from the voter all of these thousands and thousands of ballots will be mailed out is scary because most of those mailings go to a lot of addresses where the people no longer live. They are misdirected.  I think they will create a situation or they could easily create a situation where there’s going to be contested election.

You know, it’s funny. We went and looked back at press coverage of this issue. It wasn’t until Trump was elected that the media changed its tune. Before that, the media used to refer to mail-in ballots as you know, fraught with fraud, or raising questions of fraud or integrity of the vote.

It’s only recently that they’ve now made it doctrinal that, oh, there’s no issue with mail-in voting.”

“The President, I think, is an excellent executive and President. There is robust conversation. He calls on people for their ideas and so forth. The decisions that we make are well-vetted within the White House.  The President is nothing like he is portrayed.  I’ve never seen such energy. He is always working. He cares about people. I think he enjoys the process of making the country better and work for everybody.”

There was a fascinating comment on the Forum this week by TTPer Mike Ryan:

“Enthalpy drives conventional politics. If cash is fuel and a source of energy, then Leftism ‘burns’ cash to achieve power. A political system incorporating entropy is different from one driven by enthalpy’s cash burn-rates.

Trumpism works by compressing a system, allowing the system to bleed off energy to its surroundings, and then abruptly releasing the compression. The system cannot return to its original state.

Trump calls it negotiating.  It is simple, elegant, scalable, and forces opponents to burn cash hot and fast to try to return to the prior status quo.

The blue states are in compression right now and they are shedding leftist enthusiasm. Absent a huge influx of new money these blue states will not and cannot return to their prior status quo after decompression.

There’s no way in the world POTUS will sign off on “Coronavirus Stimulus” money to bail these Dem cities and states out.  So their sales/property tax base used to pay off public worker unions and pensions, welfare handouts, payouts to homeless, bloated salaries to vast numbers of city/state bureaucrats, gets flushed right down the toilet.

Note that cities and states can’t print money.  They have to beg from the Feds to get it and that’s not happening now. As Fox News reports today (8/14): Costs from weeks of protests take financial toll on cash-strapped cities across US – and every one is Dem-run.

Every productive citizen either moves out or elects someone else.  Brilliant metaphor, Mike!  And TTPers, remember that word, enthalpy.  Any leftie you argue with will be pitchpoled with it. 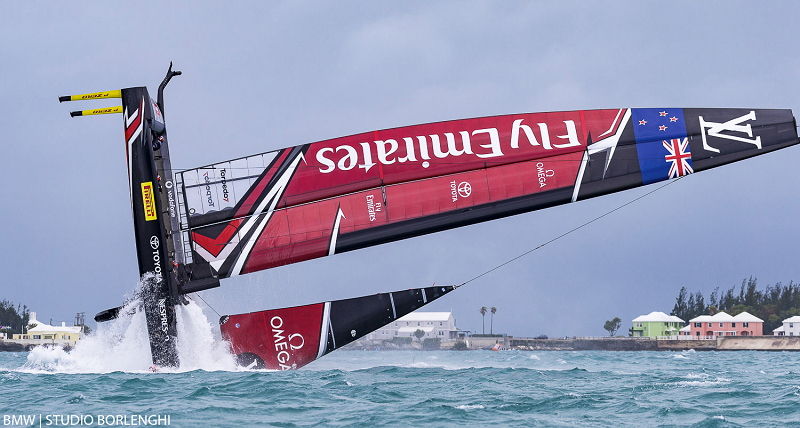 *The Reallly Big news is the peace and recognition deal engineered by President Trump between Israel and the United Arab Emirates (UAE – sorry about the pitchpole pic, any TTPers in Dubai!).  It was announced by POTUS in the Oval Office yesterday (8/13).  This is a big deal, “historic” is the accurate description.  And it is thanks to our extraordinary PDJT.

And when POTUS was asked about Biden claiming credit for the Israel-UAE deal, there was this gem:

*Then the New York Times had to mournfully announce this today (8/14): Taking Hard Line, Greece Turns Back Migrants by Abandoning Them at Sea.  Not mournful for us, of course, as we’re on the side of Western Civilization which the NYT is not.

So of course this is the first rung of the prosecutorial ladder.  He rats out those above him like McCabe and Comey.  Will they in turn rat out Susan Rice, Biden, and Obama?  As POTUS said shortly after the news was announced, this is “Just the beginning.”

Events will be moving faster and faster now.  Durham’s indictments are coming, the Dems will get more desperate with their loser Harris-Biden ticket while their only hope, Cheat-by-Mail, recedes in the rear-view mirror.  Fauci may have killed the Dems’ argument today (8/14): Fauci says there is ‘no reason’ Americans can’t vote in person in November.

All this as the economy is on the ascent.  Skye suggests TTPers take a close look at this ZeroHedge analysis of Bank of America’s report on spending data dated late yesterday.  It shows the economy is doing a lot better than most anyone realizes.

This is very current data up to this week: consumer spending is up 5% demonstrating a V-shaped recovery with a very big underground and “gig economy” (like Uber and Lyft drivers) paid online and not registered on payroll tax rolls.

I hope you enjoyed my Wisdom of John Hospers for the last three Mondays.  Next Monday we start serializing my next book, No Fear of the Evil Eye.  That’s the way I got The Jade Steps written!

And I hope you’ve been entertained with the daily Glimpses of Our Breathtaking World for the last three weeks.  Is this something you’d like to see continue?  Feedback is always welcome.